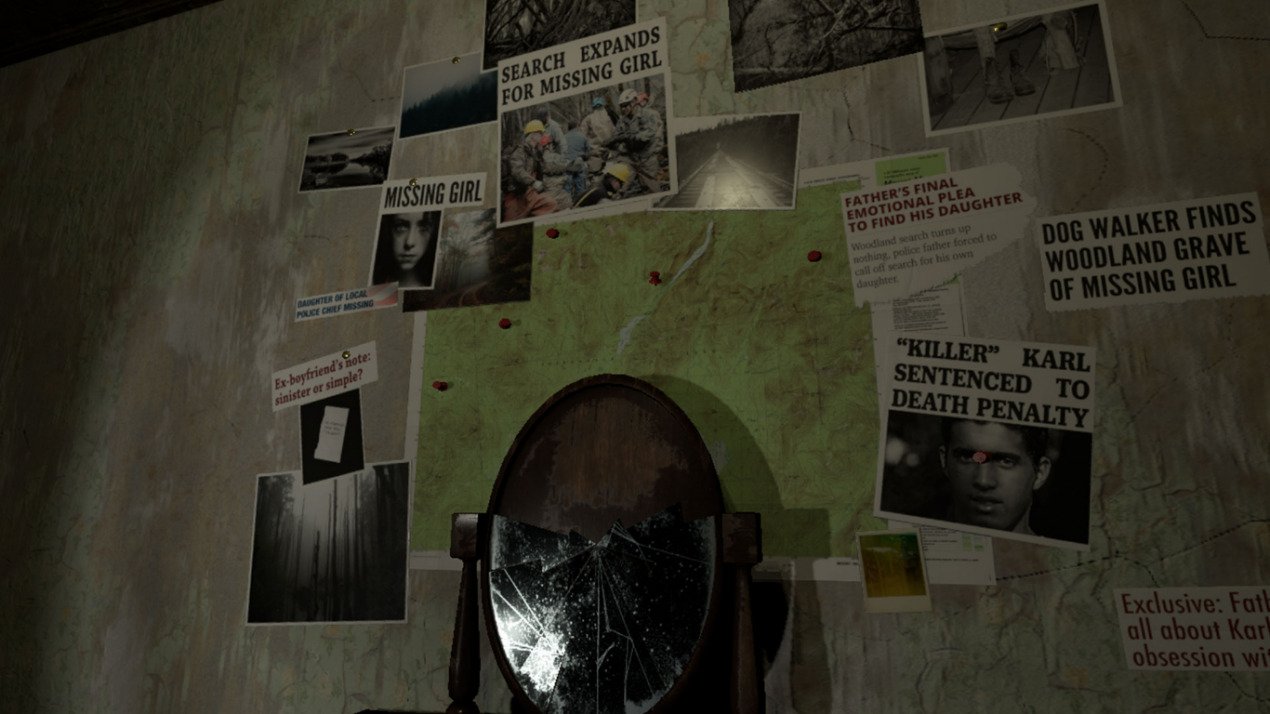 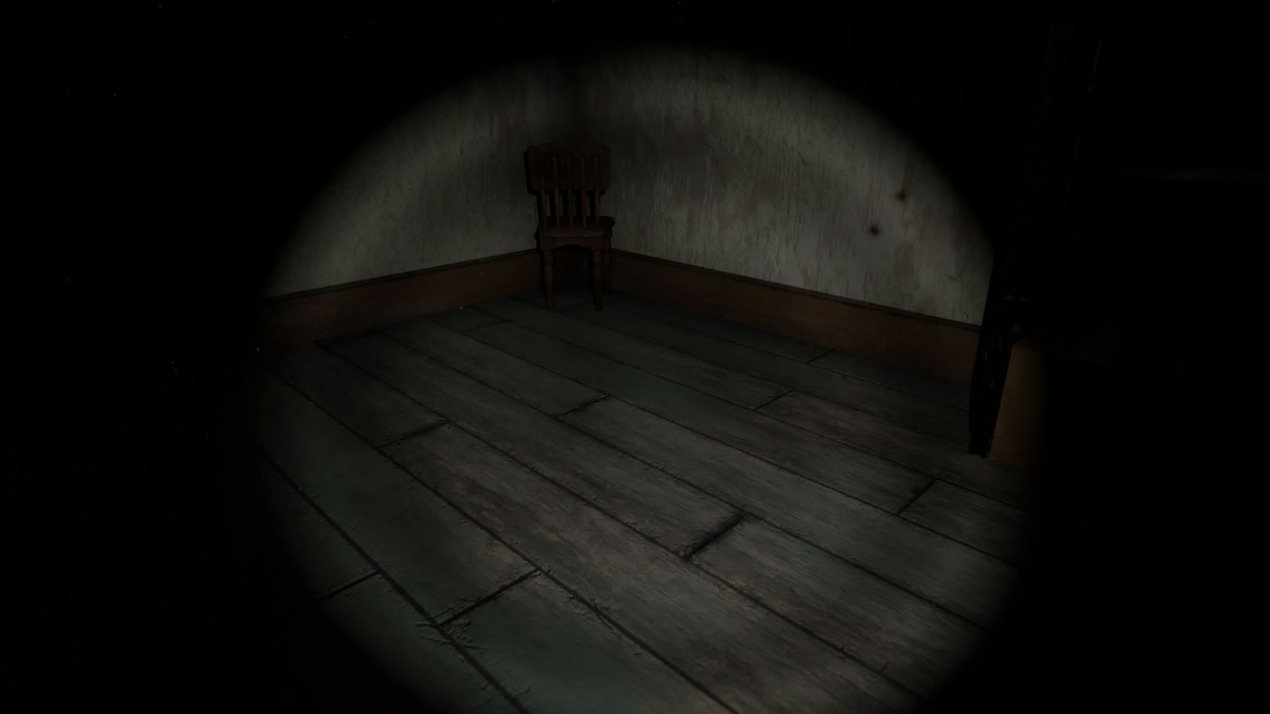 A Chair in a Room: Greenwater is a tense Virtual Reality horror game set in America’s Deep South. Drawing on elements of Southern Gothic and using settings of derelict towns, run-down motels and murky, decaying swamps, A Chair in a Room will take you through an investigation of institutional corruption, religious immorality and murder, which can only be unlocked by searching deep within your own psyche.

A calibration room will allow you get comfortable in VR but once you call the elevator, you begin your story as patient no. 6079 in The Greenwater Institute, with no recollection of who you are or what you did to be here. Dark visions bring your lucidity into question and only the doctor’s supply of medication can suppress those who wish to haunt you. 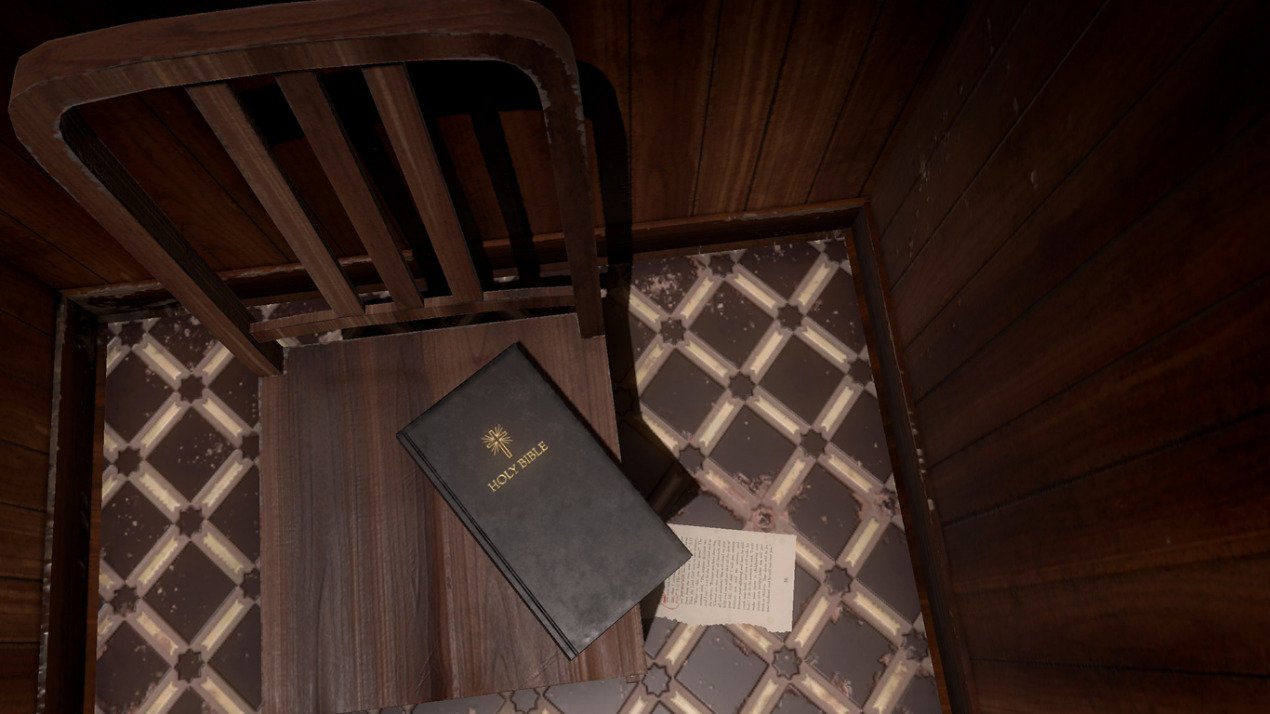 Gameplay is a seamless weave of interaction and narrative that wraps exploration and tense horror in rich environmental storytelling to create something that is unique to VR.

The story is broken down into six chapters of around 20 to 30 minutes in length to allow for intervals in play while enjoying the story. 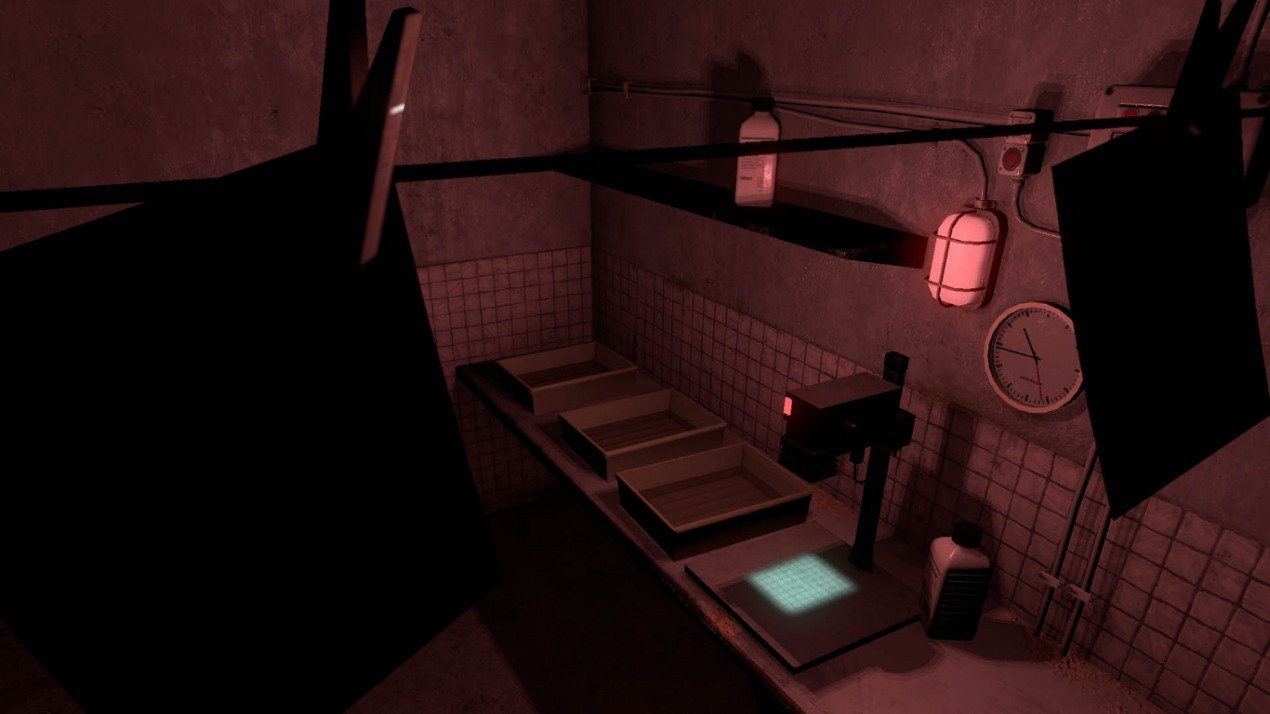 Elaine
Dec 22, 2017
★★★★★
A wonderfully made game that will make your heart pound. I played it last year and it is one of two games that made me want to buy my own Vive. Not for the weak hearted but it is not too scary either. Classic thriller and mystery. Trying to figure out how to save though…

PROS: A well crafted story mixing a chilling complex theme with interactive 360 environments and 360 CGI cinematography. The result is a masterpiece that will entertain and leave you wanting to keep playing, solving the problems until completion.

CONS: Physics are dodgy, causing you to lose important assets, only solution is to restart. The puzzles can be very cryptic, too cryptic, you may solve but not fully understanding why. There are a few bugs, which mean you get stuck, again restarting at the nearest save point resolves.

SUMMARY: if ever a VR game becomes a cult, it wouldn’t surprise me if this is the one. Restart when you need to, but rest assured you will be spooked, enthralled and entertained. Well worth whatever price tag it currently has!

Bruce
Dec 20, 2016
★★★★★
This game is amazing. Horror is the breakout genre for VR. And this game shows how to do it right. You’re in a mental hospital for having murdered some one, though you don’t know who or why.

The game play fully uses room scale to it true potential. Only game I’ve seen so far that does.

The graphics seem so realistic. And you can pick up, move, or open nearly everything, so ‘playing’ is just a matter of pretending this is all really happening to you. In a scene where I was in a boat, I actually started to sit down on the ledge of the boat before I caught myself.

All this comes together just as it must to make the game as scary as it is. We’re not talking about a game with lots of cheap scares from jump scenes or gore. This is an old fashioned ghost story that uses story, scenery, and sinister atmosphere to build tension until it all releases in a fantastic ending that had me cheering

Patrick Murr
Nov 28, 2016
★★★★★
This is a must play for anyone able to muster the courage to play through an incredibly tense experience. The graphics are by far the best I’ve seen in any VR game. There were many moments where I just marveled at the lighting effects or high resolution textures. While the game is very creepy, it also has an incredible story and very enjoyable puzzle elements. 10/10 PLAY NOW 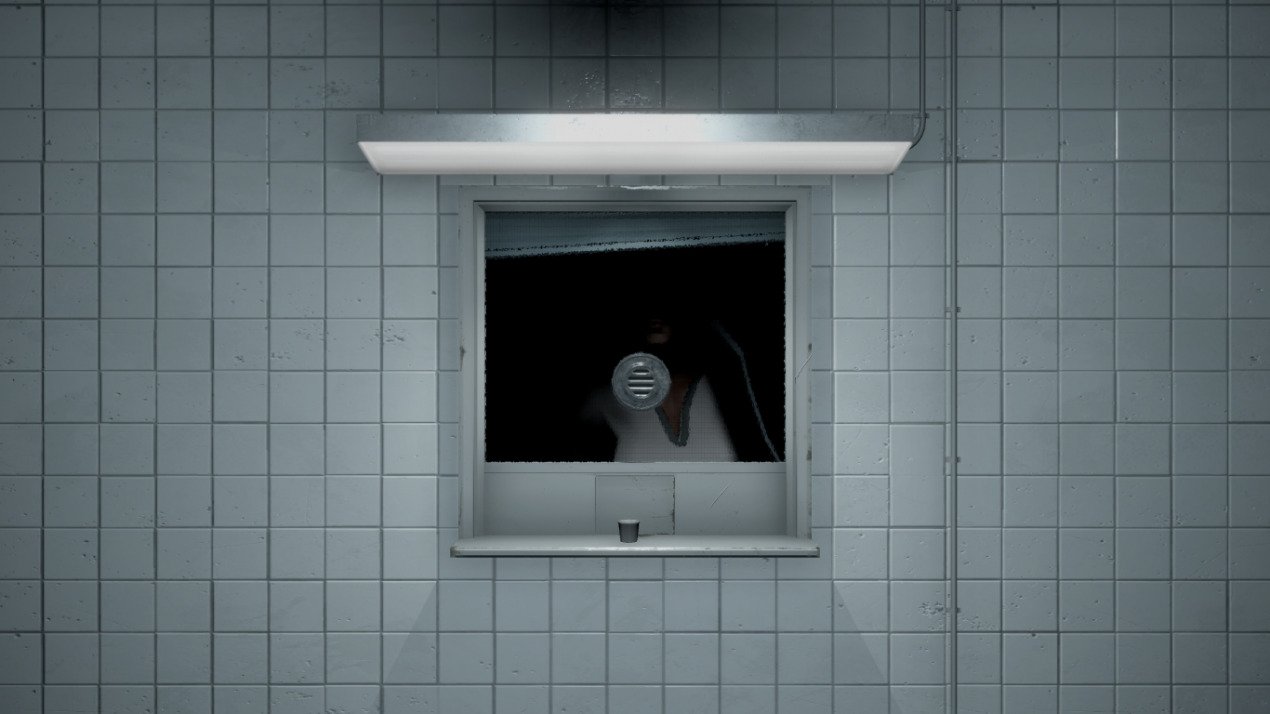 Dev
Oct 28, 2019
★★★★
This is a fantastic experience, and unique room scale experience if you are fotunate enough to have a 2.5M X 2.5M (8.2’X8.2′) playspace. It is truly immersive and a well told story with vivid imagery and qualtiy voice acting. Definately a few scares and just a generally well played out experience with some puzzles and a great hint system should you find yourself stuck.

It is great to see that they have the saving issue wrapped up as of today, as going through the whole experience in one session is not something that most will be comfortable with. I can now go back and revisit areas of the story for a complete understanding of the twists and turns. This is a great addition to Inifinity and should not be missed. The service is great allowing us to see titles that we may have missed or would skipped due to being an original(2016) title which predates many peoples involvement with VR.