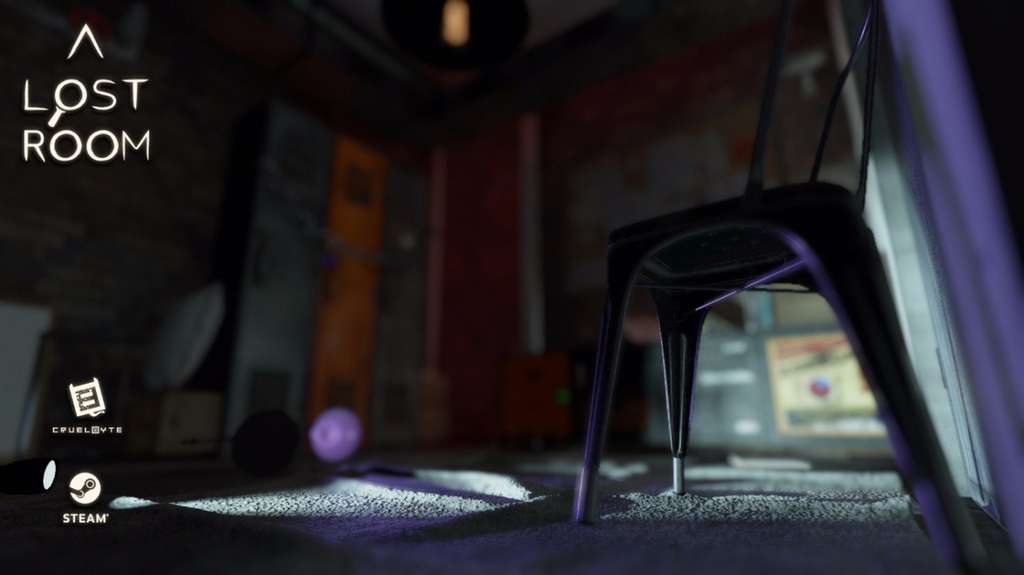 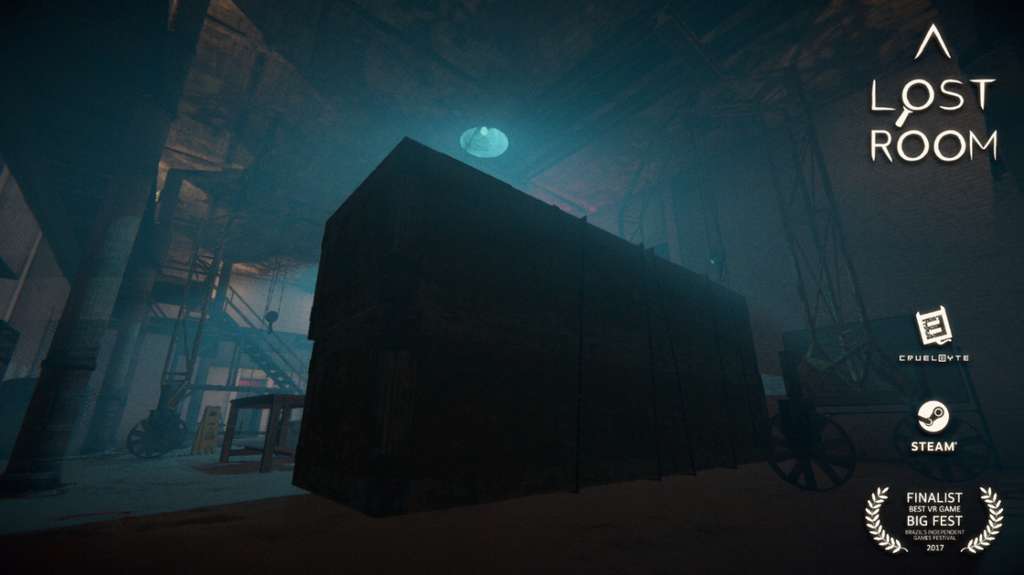 A new level of escape game

Have you ever played an escape game? That amazing scenario, complex puzzles, where you must pay attention to everything, everywhere, find crazy items in bizarre places, and finally, open that door to victory. 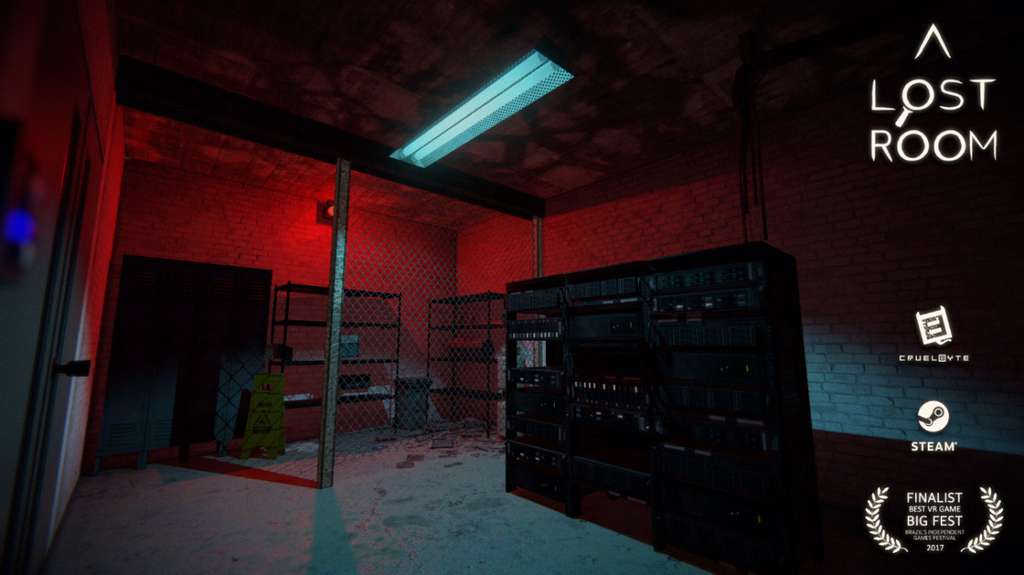 What about real-life escape games? Some physical place, where you spend one entire hour inside, looking for clues and yelling at your friends for no reason, until those final seconds, where it all ends and you escape! Or someone comes in and says you’ve failed miserably.
Now, imagine an escape game in VR, where you can combine the best of all worlds. You can be 100% immersed in a completely interactable environment, without the boundaries of real world. A fully functioning complex, with countless rooms, and everything fits inside any space you might have in your room. 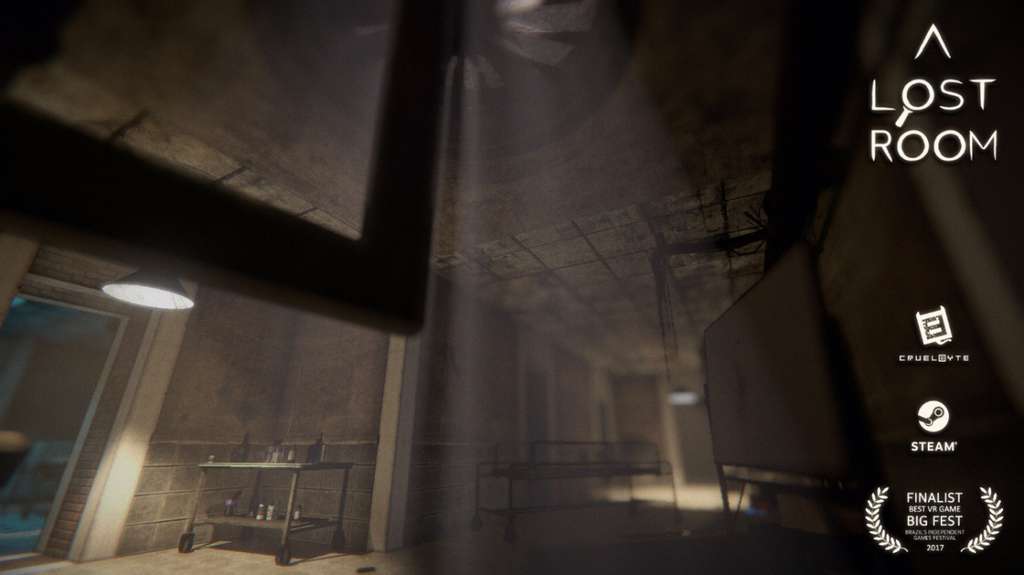 This is the concept of A Lost Room, an escape game without the boundaries of real world. The scale can be huge, anything can happen inside any room, and you’re there, in the middle of it all, on a full-scale VR experience.

A strange place, where danger could be anywhere 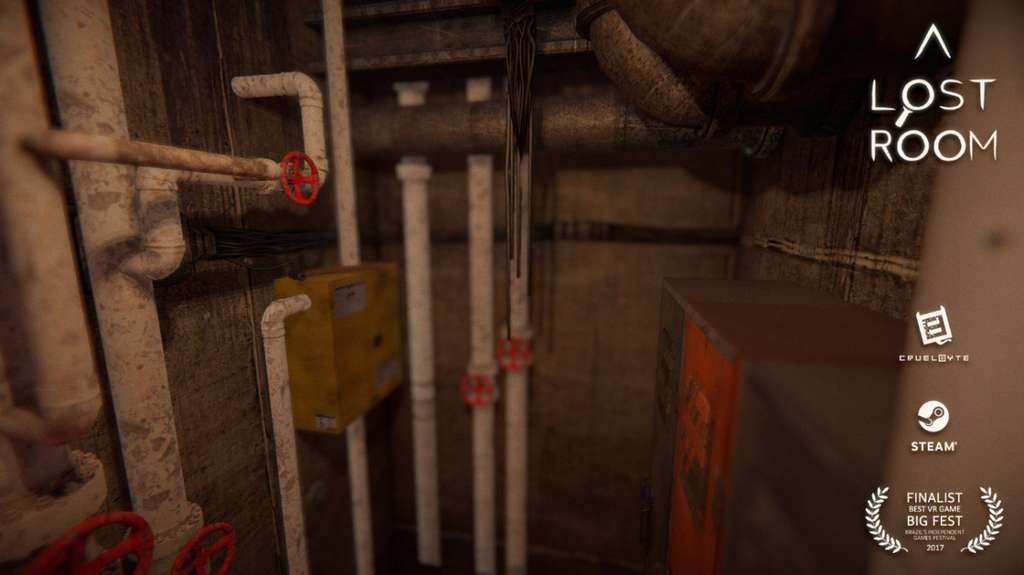 You enter a strange room, where everything is normal. This is just a controlled test. Everything is fine. A scientist talks to you, reassures you that everything is just planned, and nothing will go wrong.
But when you escape, and congratulations are in order, something strange happens. That door you’re supposed to get to meet your testers isn’t working. What is wrong with this place?
And what about those strange sounds? What is happening in there?
Now, your mission is to travel through this huge complex, find out what is happening, and escape.
But watch out, something might be lurking behind you…Will it find you first?
Beautiful places going wrong, rooms where there seemed to be a battle shortly before, e lots of blood. Will you escape in time? And in one piece? 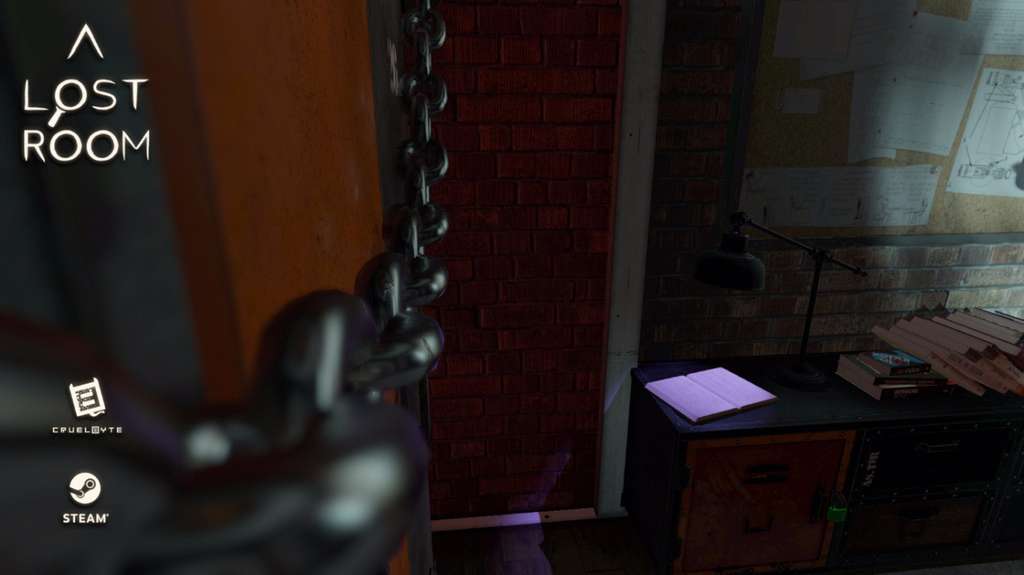 A Lost Room is a full VR game, and requires a VR headset (HTC Vive or Oculus Rift) to be played. A VR capable PC is also required. 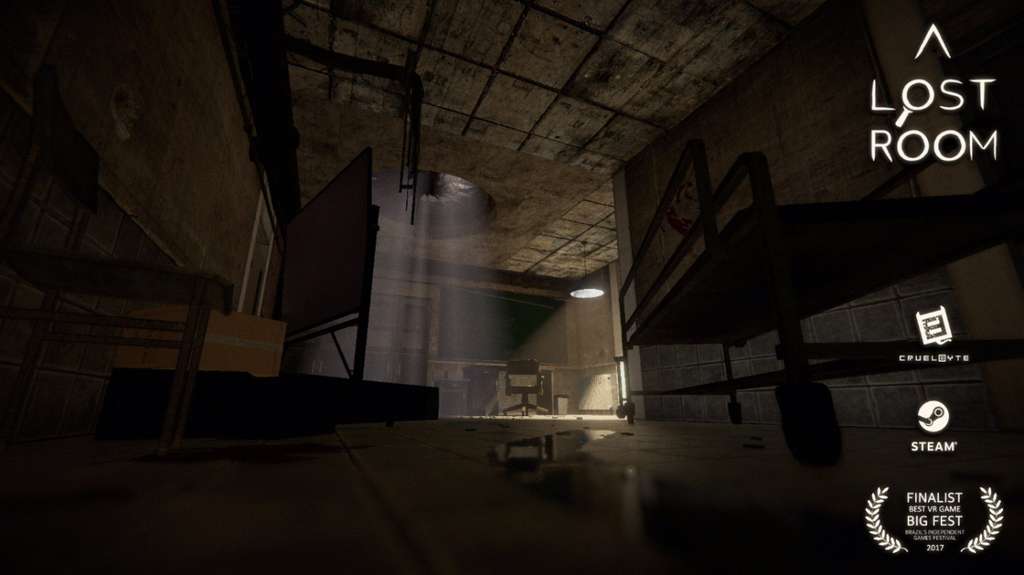 Chris
Feb 11, 2018
★★★★★
a fun game, wish I hadn’t resorted to cheating a couple of times, definitely worth trying out for a subscription pick 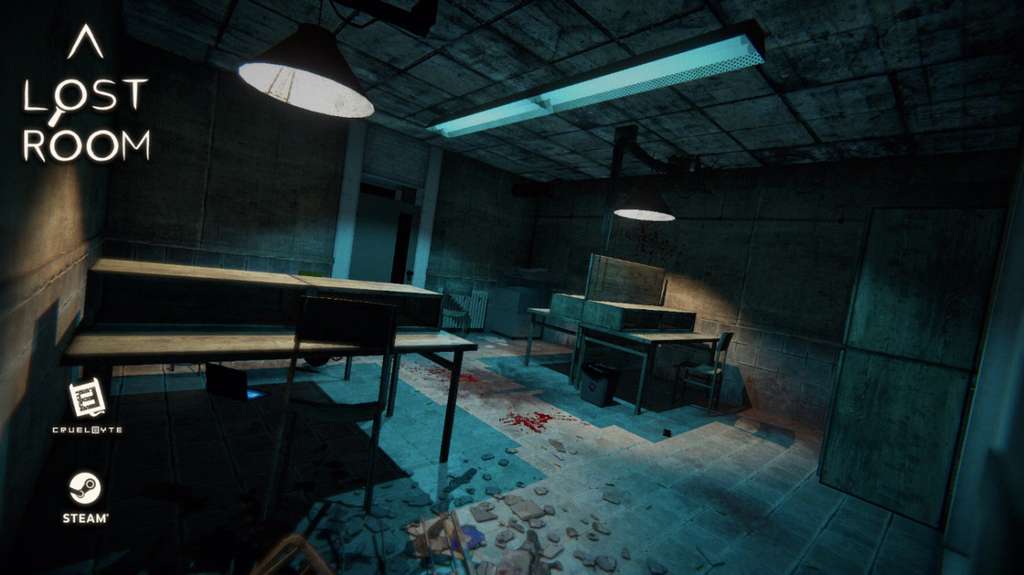 Alpakka
Aug 16, 2017
★★★★
This is clearly the largest VR escape room style game I’ve played. As the screenshots show, there are several rooms after the first one. Some YouTube videos apparently show an earlier version which only had the one room.
The puzzles were very challenging at least for me, although in every case where I was stuck it was because I had not found/noticed some hint or something I could interact with.
Hints: Look behind things, between things, under things, on the walls, move all the things you can find, listen to the speech. Sometimes the thing you need is in a previous room, and sometimes you see things that you will only need later.
Seems like the developers may be planning to add even more rooms, and at least they are patching bugs.

birgitta
Feb 08, 2019
★★★
Wish I could’ve finished this game. There is no save feature! So, unfortunately, once the game begins, you either need to finish it all in one go or lose all of your progress. Wish I could have my SUBSCRIPTION back, as I never advanced past the 2nd room (warehouse). Lost all progress (due to no save feature) so I feel a bit ripped off. Contacted the developer on Steam and asked about it, but no reply. Three stars for graphics though.

Anthony
Jun 25, 2018
★★★
Looked promising with great graphics, but controls a little clunky… Dropped my flashlight having accomplished quite a bit in the game and it just vanished. I’m not going back in to do everything all over again. Needs a save game option. Glad I got to try it in subscription…