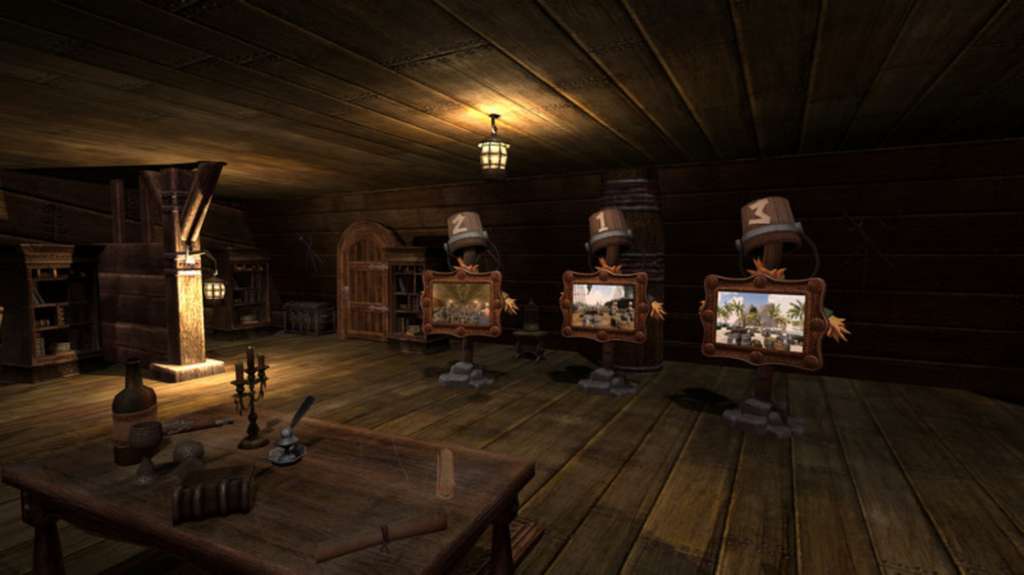 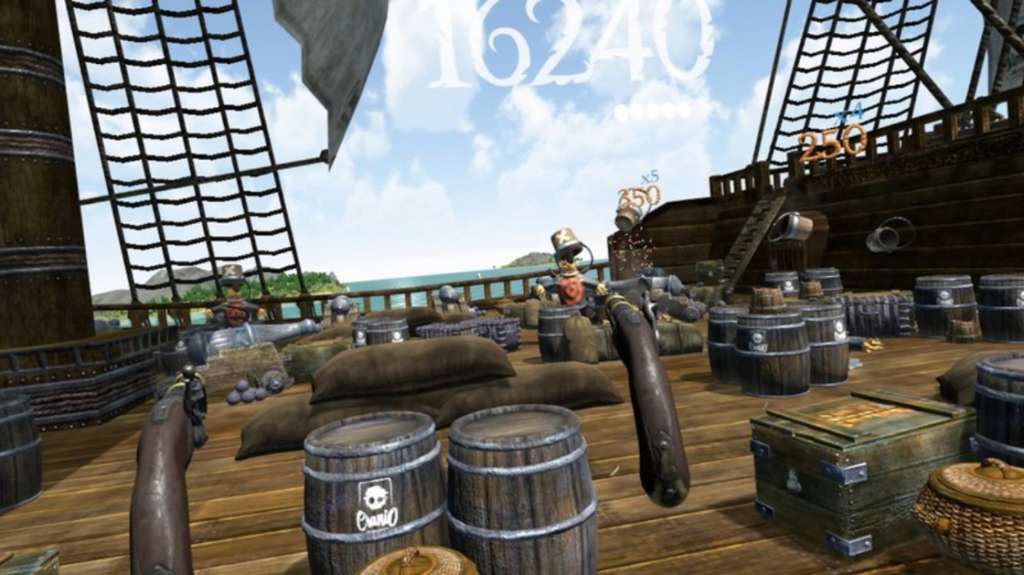 Ever wanted to dress up as a Pirate, talk like a Pirate, shoot like a Pirate? Make all of this socially acceptable by putting up your Virtual Reality Thingamajig and showing everyone who’s boss. I mean, buccaneer.

Imagine being the captain of a sturdy pirate ship and its jolly crew; now imagine all your crew, err, is made of dummies. Angry dummies on the brink of a mutiny.
It’s up to you to put everyone to their place, so grab your flintlock pistols and be ready to face the dummiest threat of your seafaring career. 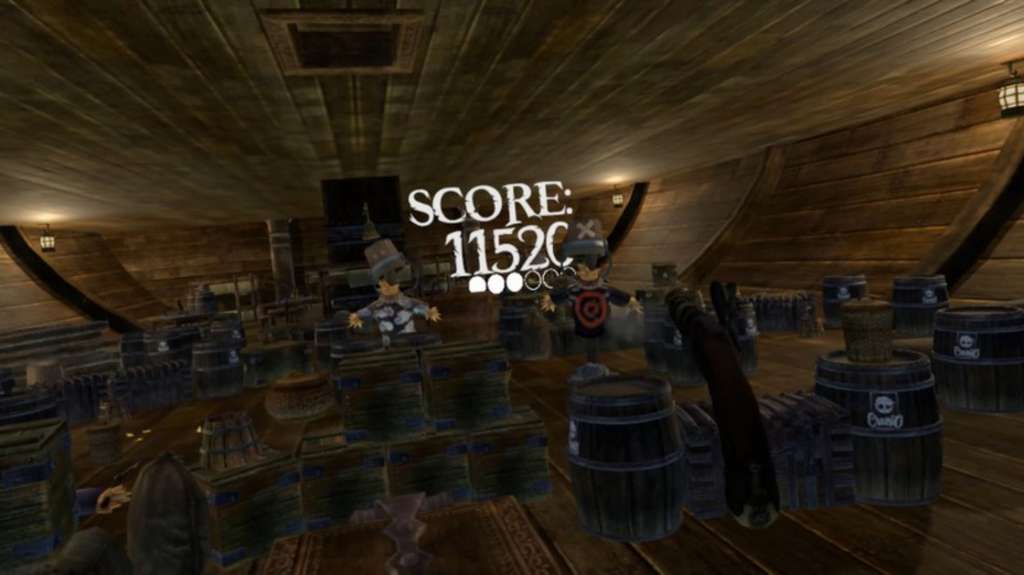 ARCADE BONANZA
Raise, aim, shoot – it’s simple as that. Get score for every man down (duh, dummy), plus a bonus for distance, headshots and combos, until no one stands up anymore. And don’t forget to shoot back their bullets!

FROM SEAS TO SANDS
Unlock 5 different scenarios through a mission-based system, then play back whichever you want from your cabin.

BE THE BEST OF THE BEST
Challenge your real life friends to beat your scores, or climb the leaderboard of the most unwearying buccaneers. Then pursue your piratey duties to get some shiny new achievement for your deeds.

Are you ready? The sea awaits! 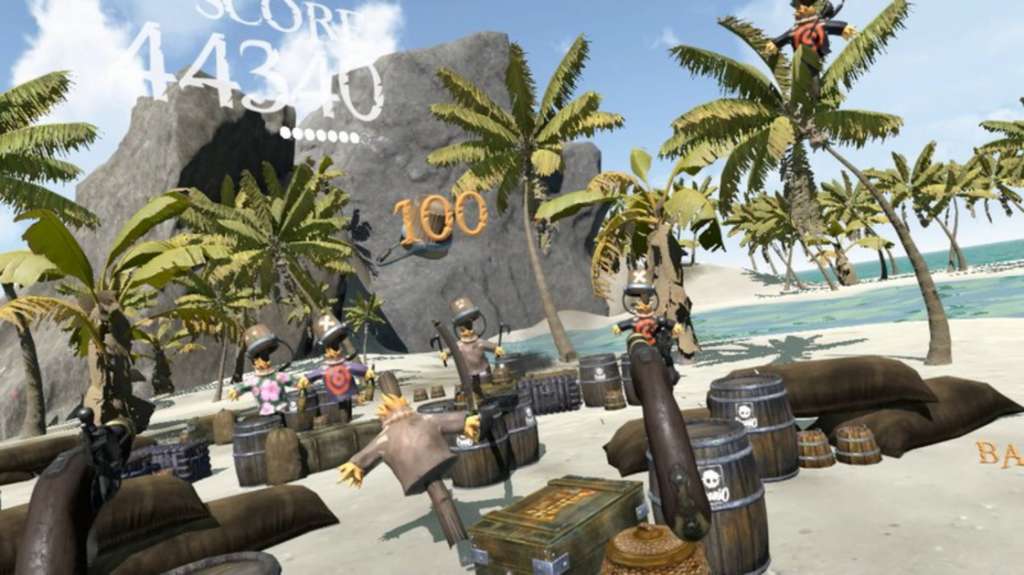 Doug
Apr 10, 2019
★★★★★
Excellent wave shooter, very fast paced. Great graphics and sound. Only put it down when I started getting carpal tunnel.

Finding
Apr 29, 2019
★★
Wack-a-mole with pirate pistols that sound like caps guns. Not a fun game. You stand in one place and shoot the bucket heads, barrels, boxes and whatever is thrown at you. Kids game with good graphics 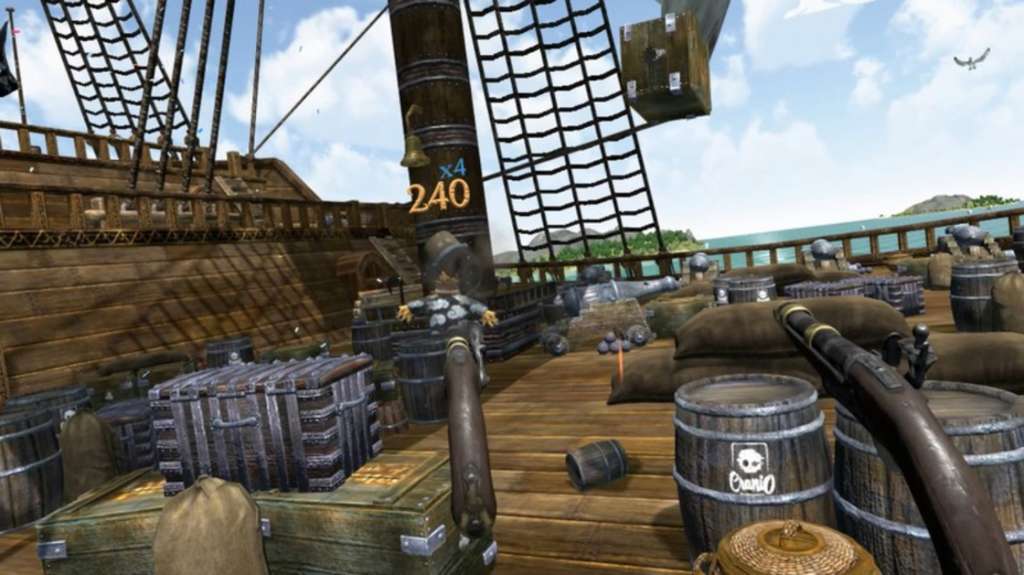