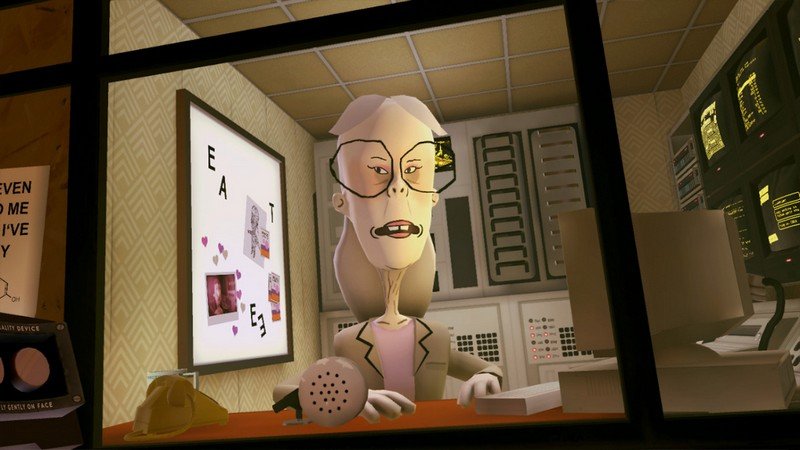 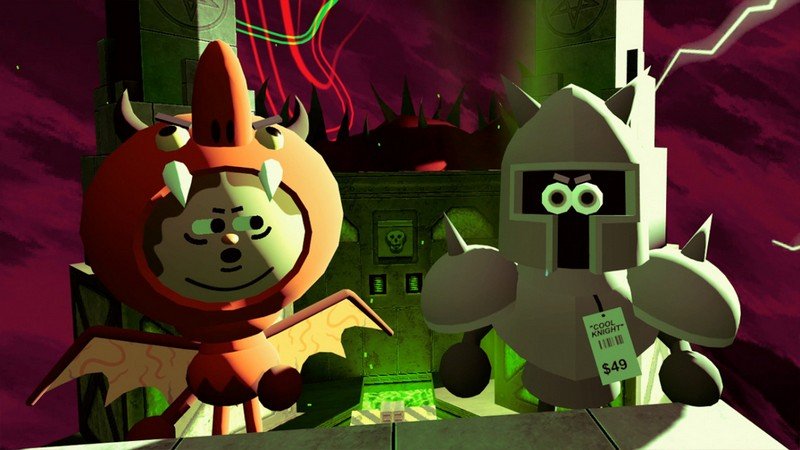 How long have these goggles been pressing into my flesh? 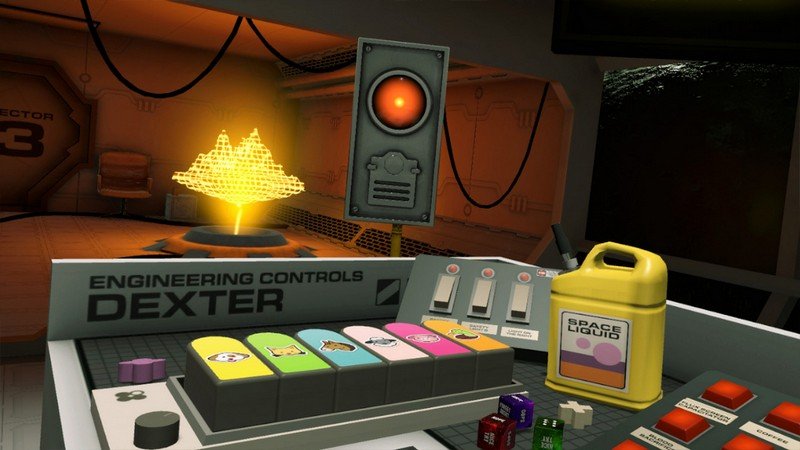 What began as a small game jam between William Pugh (The Stanley Parable), Dominik Johann (Minit), and Justin Roiland (Rick and Morty) is now—two years later—an aberration of warped technology, weird worlds, and strange, disturbing creatures. Since its debut in 2016 (10/10 on Steam), Accounting has tripled in size, mutating into an intricate labyrinth of forbidden virtual realities. There are countless more secrets to discover if you have the stomach to brave the dangers of new characters, brought to life by an ever expanding cast of comedic legends (Rich Fulcher, Reggie Watts and Justin Roiland, to name a few).

Accounting is a noble profession. During your tenure with Smith & Smitherson, you will bare witness to the afterbirth of this new facet of human experience. However, it is not without its dangers. Here are some of the warnings you need to be aware of before beginning your adventure into Accounting+. 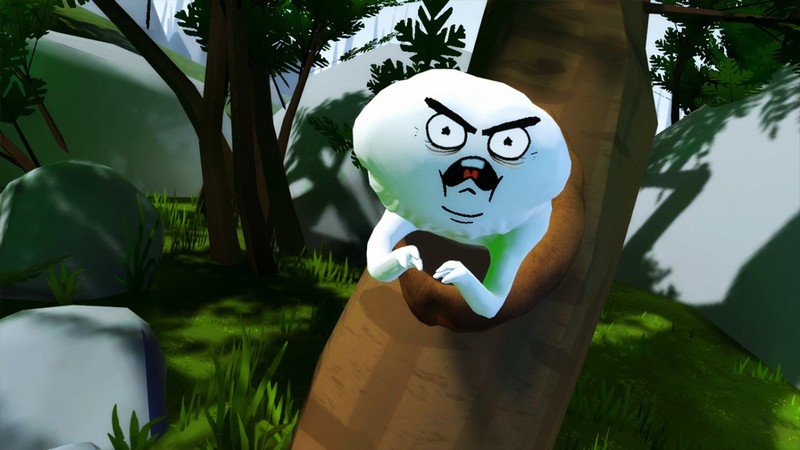 If you die in VR, you die in real life.
Do not play after midnight.
Do not look directly into the eyes of any characters. 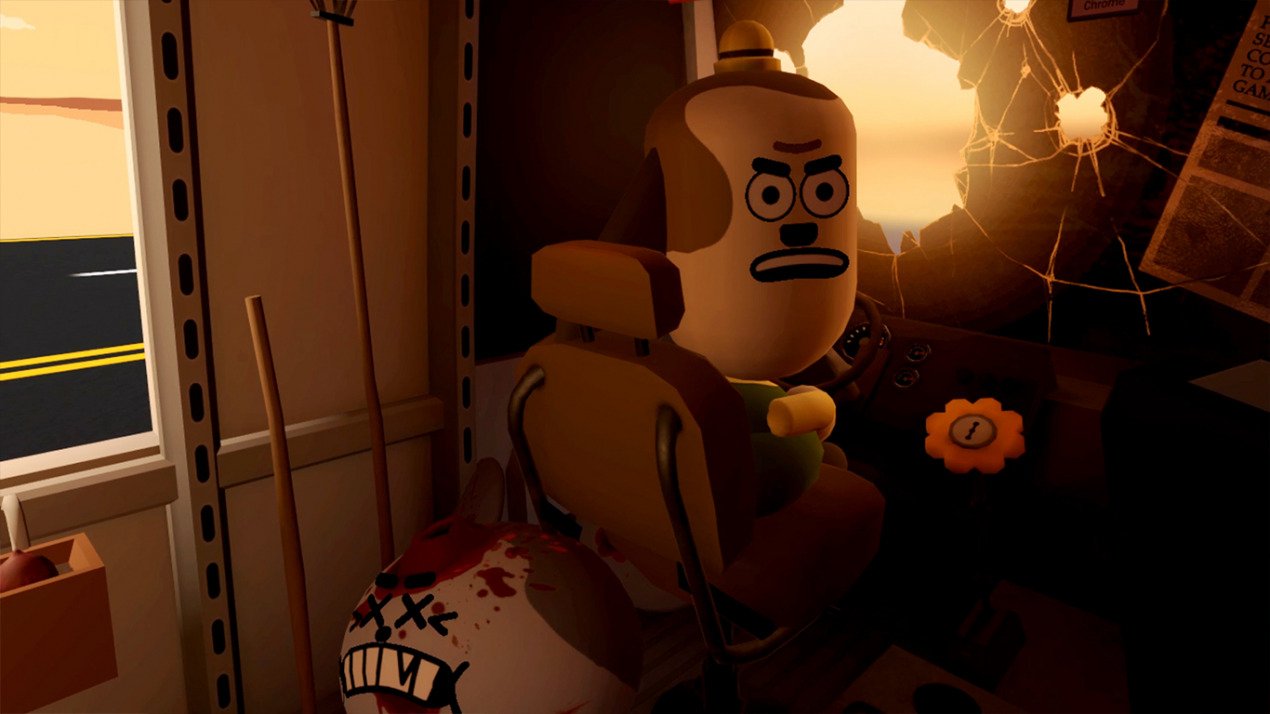 Achievements linked to unforgivable acts of human corruption.
A soundtrack that is way better than a VR game soundtrack should have any right to be.
Subtitles and translations for 9 languages… Oh, wow, that’s internationally dangerous.
The vacuum of space. Dangerous. Yeah, that’s dangerous.
Sitting and Standing Mode are BOTH available (and dangerous)!
And, unfortunately: The Cops.
(also playable on Oculus Rift) 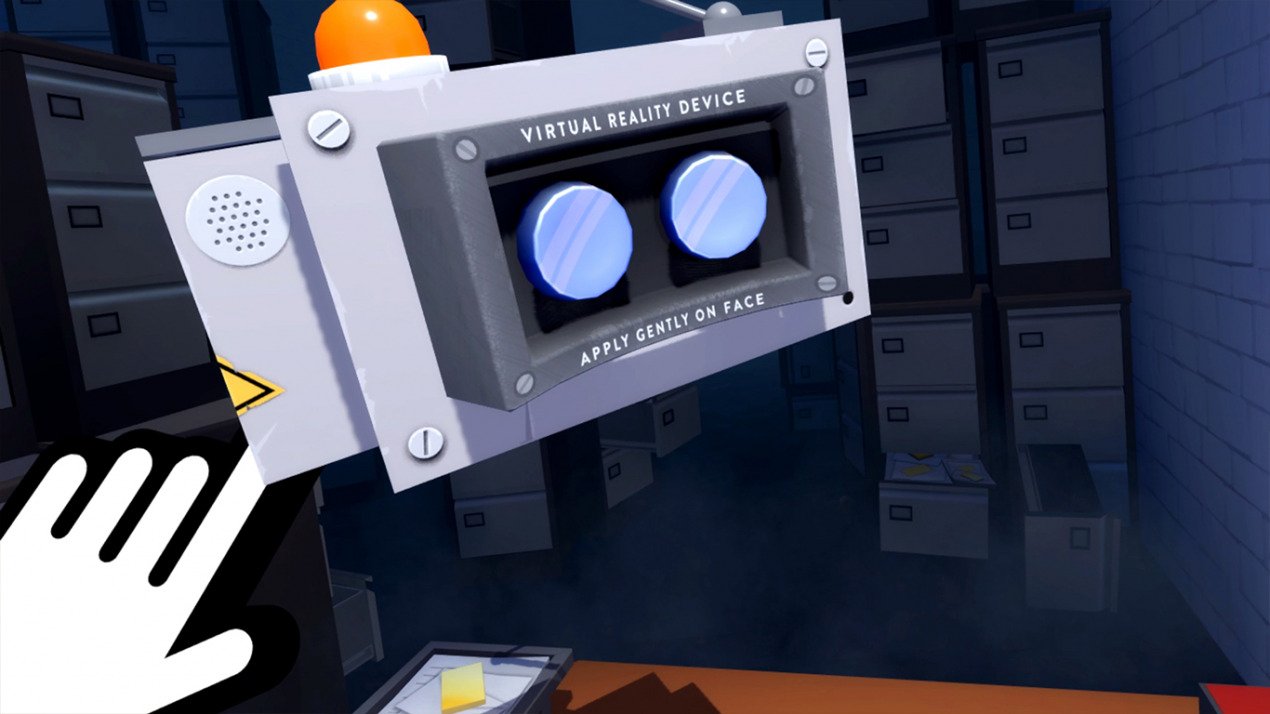 Jeff
Nov 18, 2018
★★★★★
What an incredibly fun crazy wacky hilarious dreamlike experience!
There really is nothing quite like this, it is a must have game FOR ADULTS ONLY who enjoy the crass crazy humor of the love child of south park, simpsons ghostbusters and want to mash that together in an escape room!

What’s even more amazing is that after you’ve completed the game, the designers actually made a ton of easter eggs with additional levels, objects that unlock features, etc. So when you’ve done playing and solving the initial game (about an hour), you can return and try to enter the never ending labyrinth of puzzles, extra features and hidden rooms. If you manage to enter the water level or the zoo, please LMK!

Olli
Jan 01, 2019
★★★★★
Such a crazy thing. Do like.
On the negative side, throwing with Oculus touch controllers is pretty much impossible. Luckily you don’t have to do that much.

David
Nov 30, 2018
★★★★★
honestly one of my favorite games in VR. The humor is great and the levels make you want to play again to find secrets and more levels, overall great game.

Wayne
Nov 16, 2018
★★★★★
One of the very best experiences for VR newbies, along with Face Your Fears and Google Earth! Love that British humor! 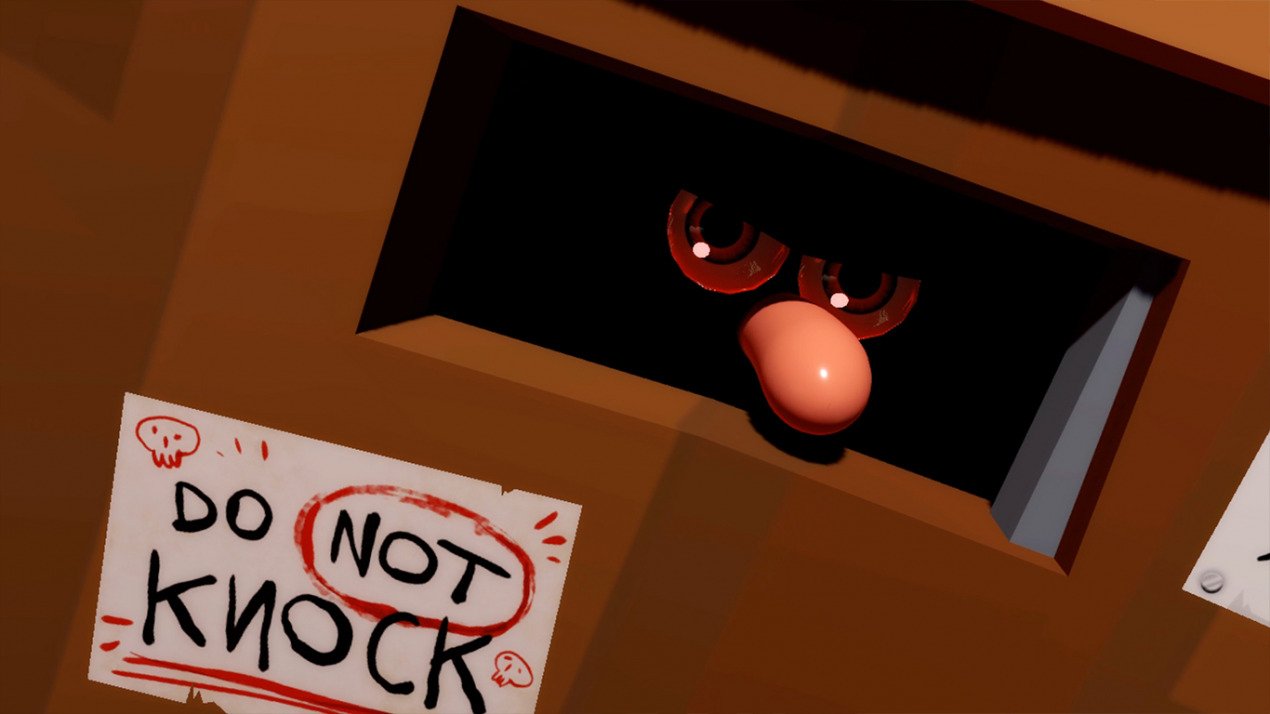 Ben
Jan 20, 2019
★★★★
Definitely pushing the envelope in the “how odd can we be, while still applying all the best rules of VR” field. An exercise is silliness, underpinned with a fantastic appreciation of the joys and limitations of VR. Laugh, be creeped out and explore!

Spence
Nov 27, 2018
★★★★
Oculus touch support needs to be fixed, please. UPDATE: I contacted the devs and they said they are working on a fix for oculus touch 😀 It’s only this version that is acting up.

Cassider
Nov 20, 2018
★★★★
It’s basically the first one with more content, and that extra content is worth the price in my opinion. I ran into a few bugs doing things that the game doesn’t expect you to do but restarting in the room you left off is easy if you get stuck.

fnord
Nov 19, 2018
★★★★
very funny game! highly recomendet,, even better if you like rick and morty! i play on oculus, the only problem is the veveport version is not using the oculus controller layout and buttons. so its the vive version i think

Nakhlite
Apr 29, 2019
★★★★
Not for everyone, but if you like semi obnoxious humor and semi gruesome cartoon violence, this is a varied experience that has potential for expansion.

T
Feb 02, 2019
★★★
The original Accounting was one of the first experiences on my Vive on the first day it arrived. It inspired me to re-arrange my furniture so I could have a big enough space to play. The original was short and free with all sections fitting in one room. It was brilliant and the final section had me throwing over arm and breaking my bedroom light with the controller at 2 a.m.

I enjoyed the trailer a lot more than the game and would recommend you play the free original version.

Perversely, I didn’t regret paying for this as the free version gave me enough enjoyment for the money.

Lachlan
Nov 29, 2018
★★★
If you really enjoy the improv scenes in Rick and Morty, than you’ll like this game. If not, there is nothing else this game can give you. Honestly you’ll either love or hate this game depending on your sense of humour. I didn’t enjoy it but I’m still giving 3 stars because its pretty well made, just not my cup of tea.

A bunch of rooms with limited interactivity, usually with an annoying character yelling at you or some other shock humour (people dying in unexpected ways).

If you want to try it out, the old version (just called “Accounting) is available for steam for free. I believe this version just has some bonus levels, but after looking up how to get to the first one I quickly releasied it wasn’t worth the effort. 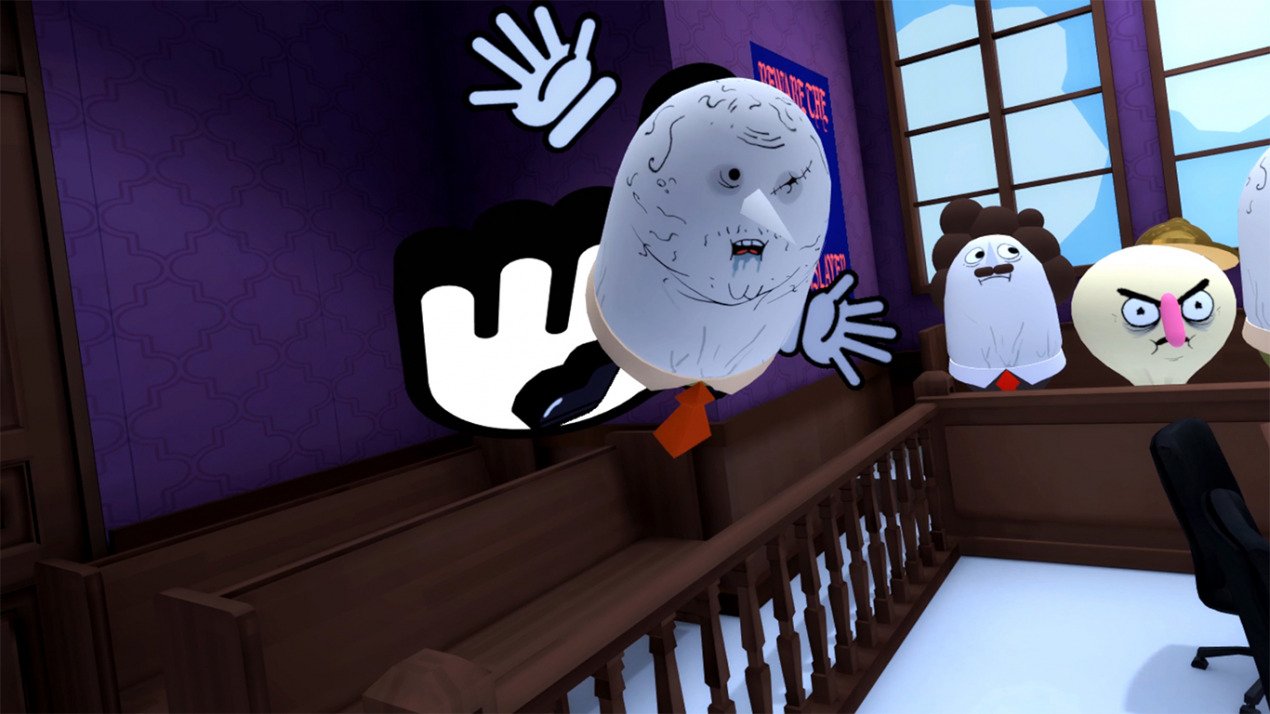 Jeffrey
Oct 05, 2019
★★
I hate to review this game this low. I loved William Pugh in “The Stanley Parable” and “Rick and Morty’s” series but the humor in this game isn’t to my liking and just contains too many random **** curse words instead of being genuinely witty humor.

It is also short and extending your playtime is basically standing around listening to characters you don’t get attached to monologuing over one another while waiting for the next bit of action to do or finding a few secrets.

Physics interaction is very limited and overall activity is barely a notch above a walking simulator. Honestly, I’m not even sure why this is a VR as it probably do better as a traditional seated game with a few button prompts. On a technical level, this game does NOT support snap turning so you better make sure your tiny “safe space” has enough turning room to avoid cable tanglement.

Jay
Nov 27, 2018
★
Not my cup of tea, slapstick humour and quite short (thankfully). I’d imagine younger ones may like it but i really didnt find it amusing nor entertaining. Sorry guys, just not meant for me, rarely review but thought it important to at least provide feedback. If your over 25 i wouldnt imagine this is your thing. Got it on sale for $1 and still dont think it was worth it.