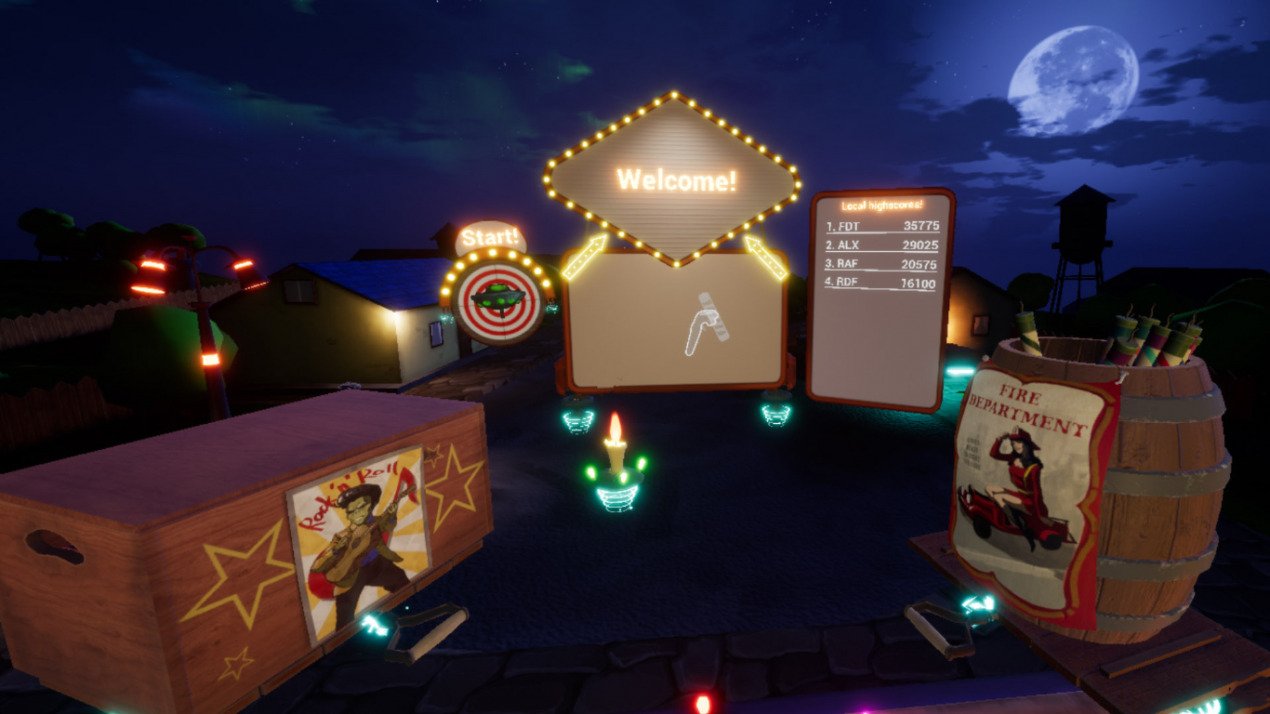 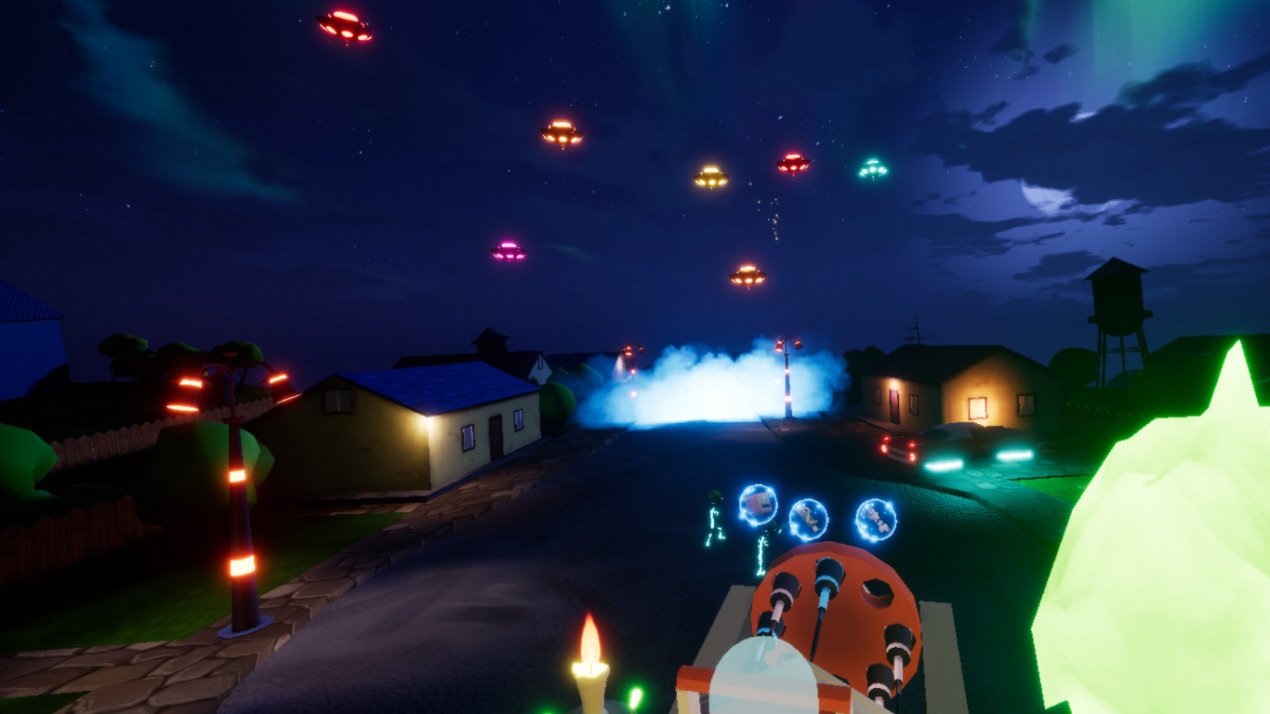 Aliens in the Yard is a fun, engaging, easy to play VR arcade.

Protect your house against evil aliens who want to steal Earth’s most precious artifacts: your backyard junk. A big mistake!
Arm yourselves with fireworks, shake that green ooze off your face and show these guys that an alien invasion in your backyard was far from the best idea they’ve ever had.

Gameplay:
Our game builds on a simple concept: easy to play – hard to master. Defend your house against a horde of aliens that come at you in waves. Each new wave challenges your attention and skills. Combine different weapons, train your reflexes and enjoy yourself!

Pure fun with great graphics and impressive effects – this is why we make Aliens in the Yard. 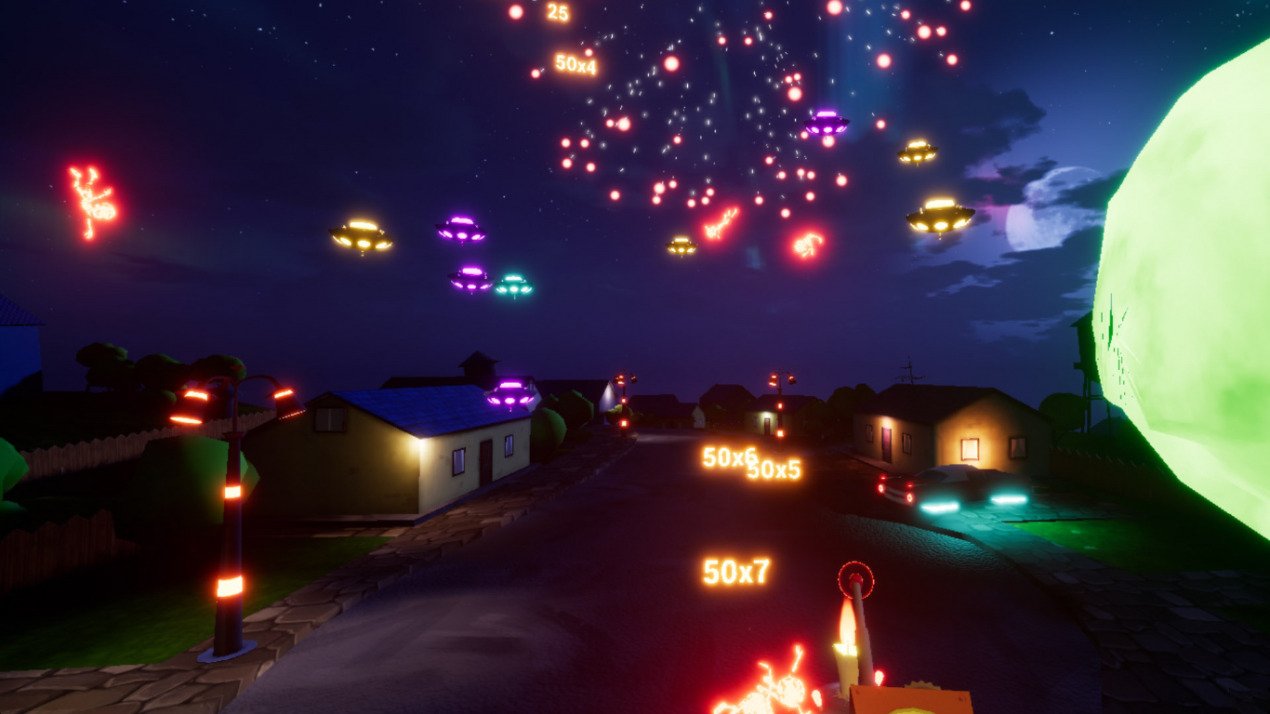 About the developers:
Fair Games is a Russian game studio created by game dev veterans with many successful projects under their belt. 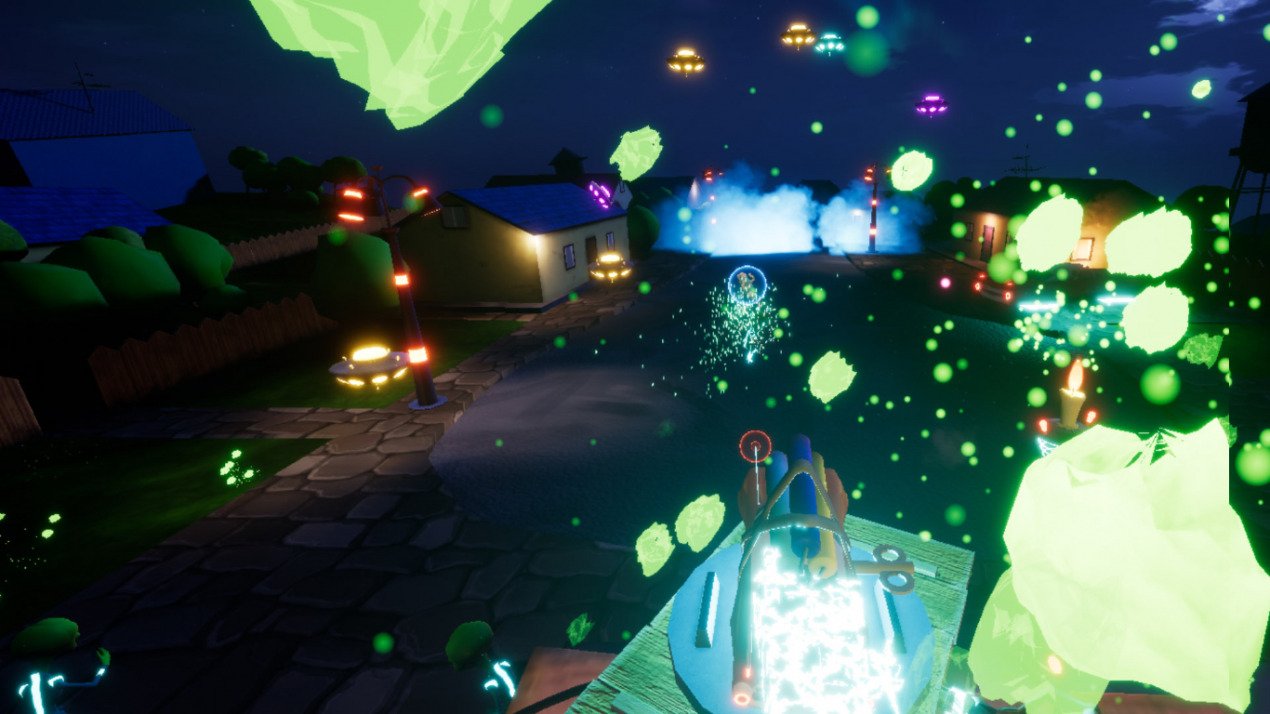