The rumour mill is buzzing and those in the know are speaking of a new VR headset to enter the fray. Apple is reported to be developing a high-end virtual reality headset and it is likely to make its debut in 2022. As with everything Apple, the company is looking to take the world of headsets further. There are suggestions that the tech will come with a built-in processor and power supply. It is thought that this VR headset will have a chip that is even more powerful than the M1 Apple Silicon processor that is being used in its top spec MacBook Air and MacBook Pro. Exciting news indeed!

While the hint of an Apple headset is likely to cause a ripple of excitement, the reports come with all sorts of caveats – not least that we are more than a year away from a potential launch date. Apple, working on the edge of innovation, are likely to start, stop and evolve projects based on results of innovation. While there is time being put into this project, it might never see the light of day.

A potential stumbling block for mere mortals will be price. If the headset comes out top of the range as suggested, then the price point will be out of the reach of most. Currently, the best VR headsets can set you back £1000 or more. Therefore, if there is a niche and specialist VR device released like the Mac Pro, then few of us will experience the brilliance.

With the caveat in place that the headset may never evolve and if it does will be prohibitively expensive, we can continue to report hints, rumours and daydreams.

Some reports suggest that the headset will be focused mostly on virtual reality but will not entirely forgo the possibilities of augmented reality. There will be some limited capacity for overlaying visuals in real world views thanks to external cameras. However, earlier reports suggested that Apple was looking to produce AR smart glasses as its first steps into the mixed reality market.

It seems the VR headset is in a much later stage in the development process. Reports suggest that there is a prototype. However, the AR glasses are still in the conception stages of development.

The headset is likely to be about the same size as the Oculus Quest, arguably the best model of the market at the moment. The external cameras might be used for tracking hand movement and the environment. 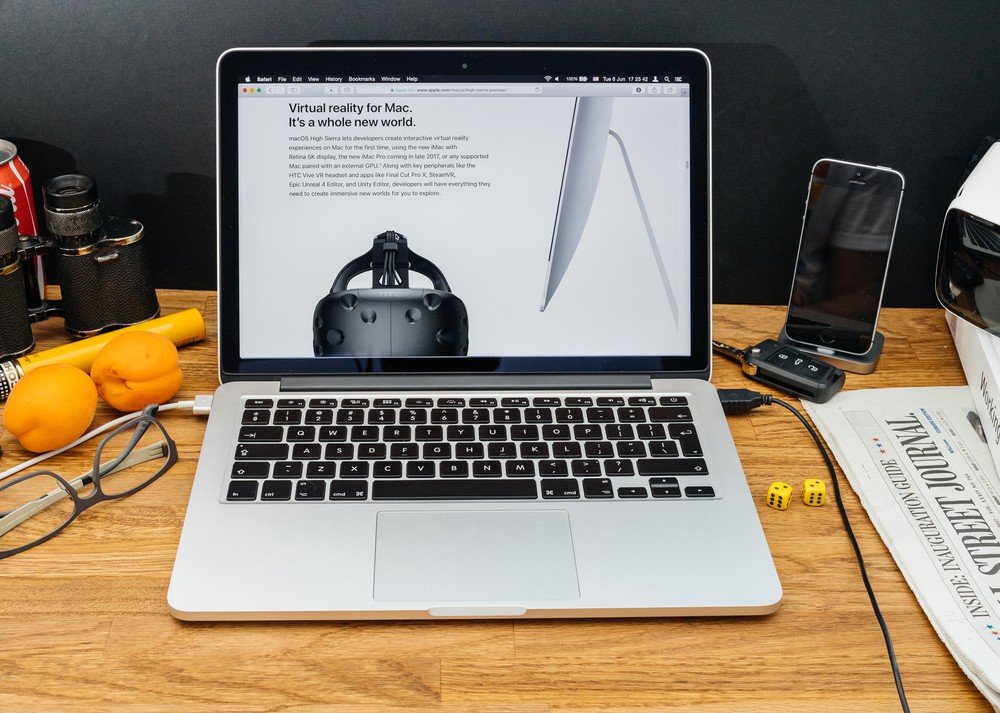 Apple is following its normal strategy of producing high-tech and high performing devices that they can sell at a high ticket price. The desirability of owning Apple makes the market aspire to own its products and so this strategy has been highly successful in the past. They will seek to sell a relatively small number but maximise profits by minimising production costs. Once this process is successful, it is likely that Apple will then use this to work towards the mass market.

In the first instance, the headset is likely to be sold through the App Store with bespoke content available in the same app.

The ambition for this product is high. Apple will be going into direct competition with Facebook and Sony – both companies recognising that there is long-term value in investing in a VR product and iterating the design. To be fair, this iterative design approach is a distinctively Apple MO. They are known for the next generation of phones, tablets and laptops. You only need to look at the iPhone 14 to realise there are multiple iterations of the product and each time something evolves to be better.

While all these are hints and rumours, with Apple being characteristically closed lipped, there is a hint of VR ambitions in the purchase of NextVR. Apple acquired the VR broadcasting startup NextVR around the time we were all going into lockdown. On the surface, it feels like a strange acquisition for Apple, who many had thought was pursuing AR rather than VR. Indeed, Apple had made a concerted effort to quash any idea that they were interested in competing in the VR space.

However, the purchase of a VR broadcasting company is a significant flag to Oculus and Playstation. Apple clearly has significant ambitions in VR; more than previously indicated. The price tag $100 million shows genuine intent to enter mixed reality formats. However, many still predict that Apple ultimately wants to innovate AR, this could be a stepping stone to dominance in this field.

If you imagine Apple TV+ on a virtual headset, with the audience lost in the world of the programme, you can see what is inspiring the tech bods at Apple. A VR headset would offer the advantage of a broad field of vision that a pair of AR glasses could never hope to compete with.

Apple will face the same hurdle as Facebook. Facebook has struggled to collect together a meaningful body of content that will interest the users. To attract users there needs to be a variety of experience but to attract developers to produce this there needs to be a solid marketplace. It is a chicken and egg problem that can only be addressed with significant financial risk. It is likely that only companies on the scale of Apple and Facebook could ever hope to bring this into reality.