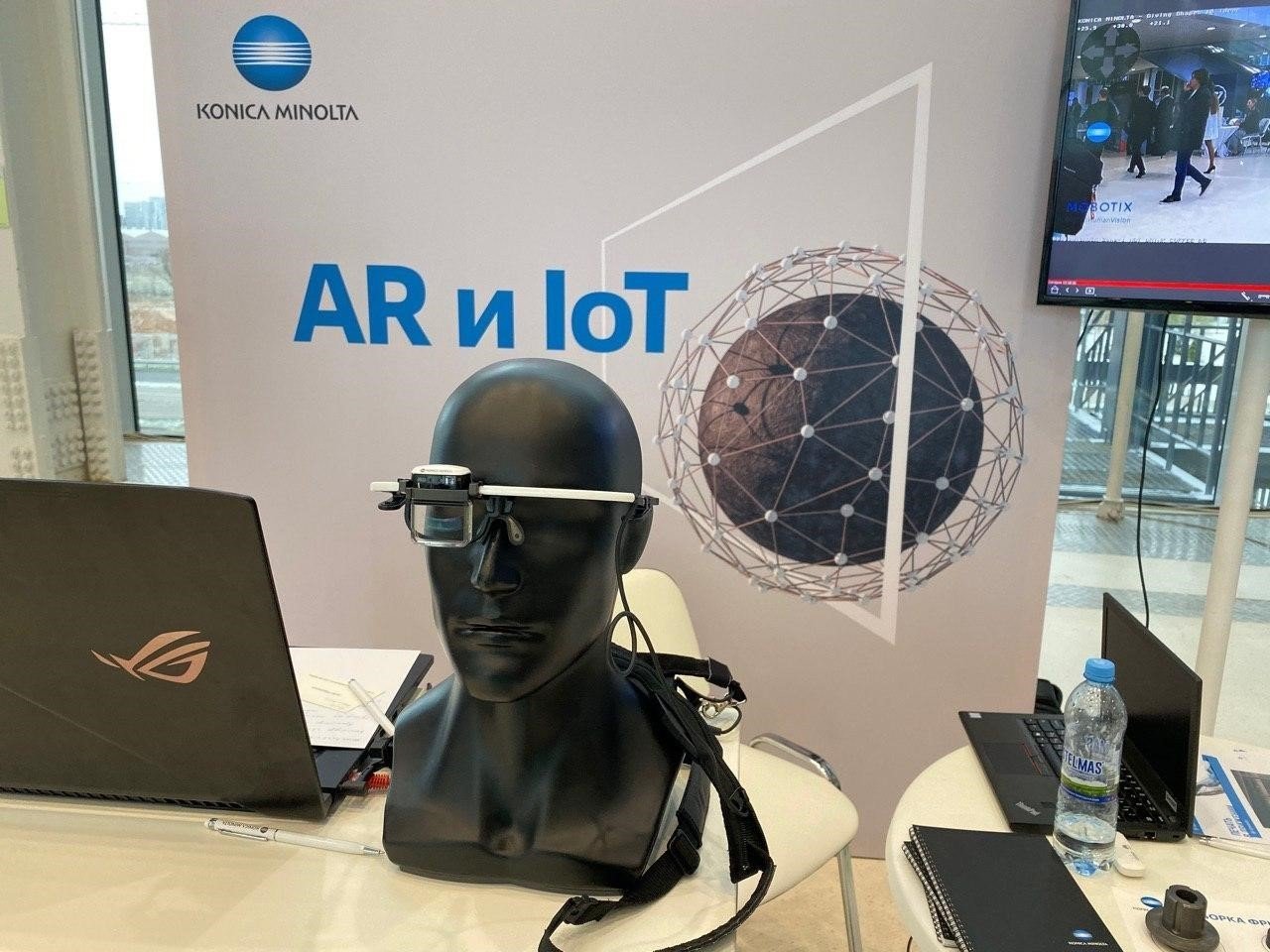 The Japanese company KONICA MINOLTA presented at Tech Week 2019 AR-glasses in Moscow, the task of which is to make work in modern factories more convenient.

AIR Lens glasses looks interesting – these are not VR / AR glasses that are familiar to us, but a thin hoop with a transparent panel lens attached to it at the level of the right eye. According to the developer, such glasses do not interfere with the review at work, but the lens boasts a resolution of 1280 X 720 with a small display, which allows for high-quality images for work. The task of the glasses is to translate the instructions to the lens during operation. The instructions are always in front of the employee, he does not need to be distracted by a paper manual, and he always knows what to do.

Interestingly, innovative glasses weigh only 35 grams, and they can work 7-hours. The lens allows you to customize the interface in a user-friendly format, and the position of the lens can be adjusted depending on the user’s requirements, as in ordinary VR glasses.

The VRgal journalist also tried on AIR Lens and attempted to assemble the coupling, guided by the instructions broadcast on the platform. Despite the lack of experience – it turned out! The glasses recognize the details and suggest which action should be next. In this case, the eyes do not get tired, and ordinary glasses (or protective glasses, for example) can be used in conjunction with AIR Lens. As a result, even a person with absolutely no experience can perform quite complex tasks, and manufacturing enterprises save considerable time and money and also get the opportunity to track the progress of work, collect statistics and analyze data to optimize work.