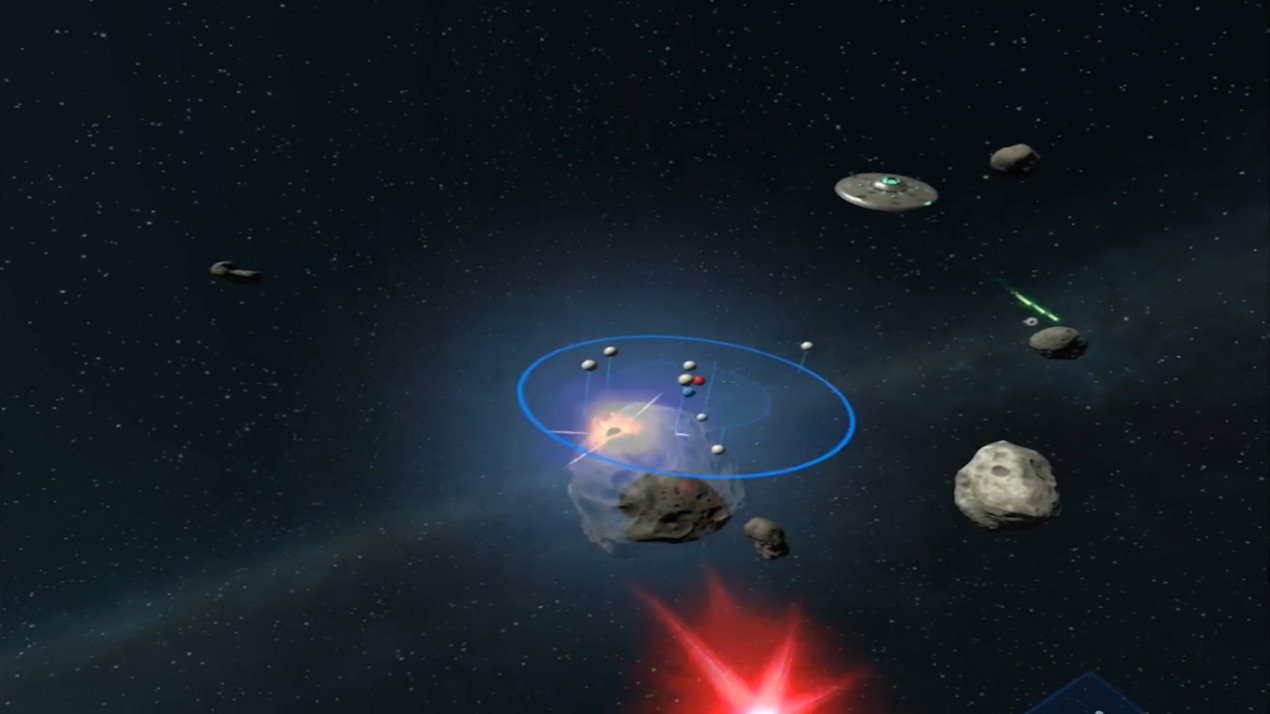 Released Nov 2016 2.7★
Grab your laser guns and strap on your jet pack. Asteroid Blaster VR lets you jump into virtual reality space and start blowing up rocks and UFOs.

Blast giant asteroids into rubble and power-up your weapons and energy with collectible bonuses as you battle flying saucers in the clouds of rocky debris. Boost your score and firepower with every gem and gadget you catch, but watch your thruster, shield and laser energy!

Bringing back the casual feel of a video arcade classic, a game of Asteroid Blaster VR can deliver a quick “shoot ’em up” break or a marathon competition to beat the latest high score. 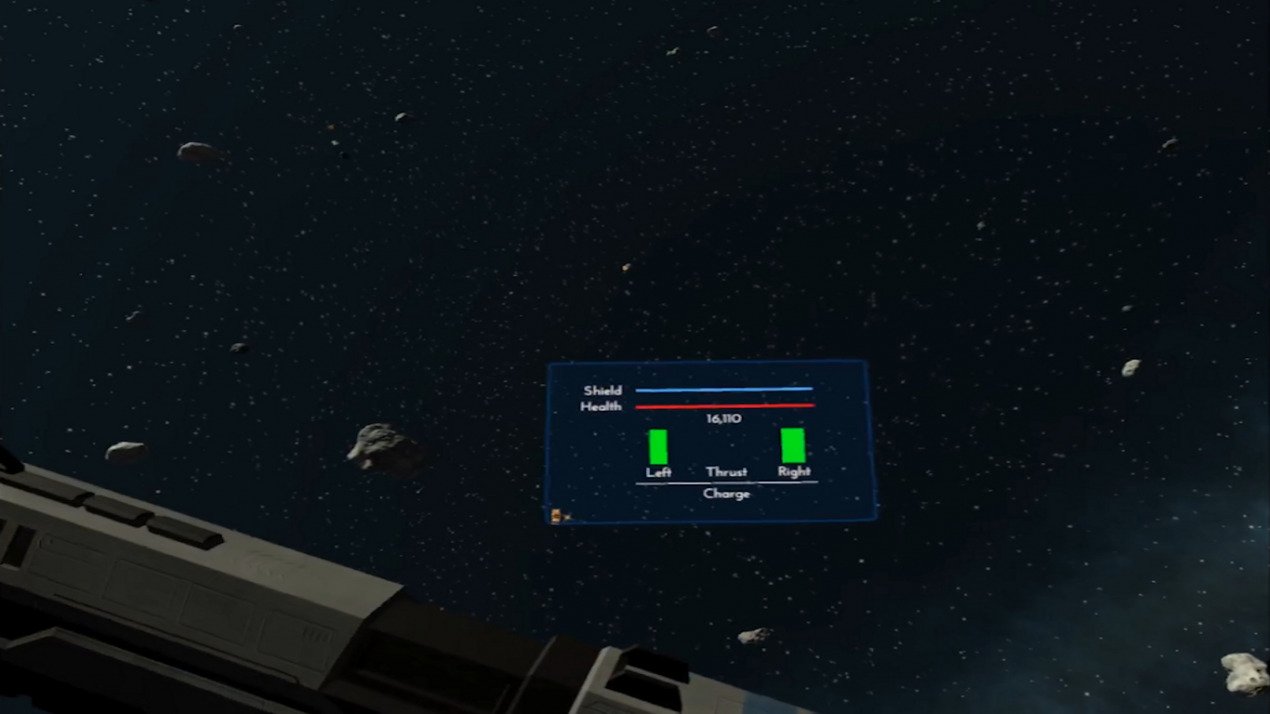 Friendly for lefties, you can set your rocket thrust, laser pointer and status screen on the controller arms you prefer, and an in-game tutorial will give everything you need to start blasting your way through over a dozen different scenes.

Fly around, shoot stuff and have fun with Asteroid Blaster VR!

In addition to progressing through different asteroid waves and scenes, Asteroid Blaster VR can also be started in ‘Arcade Mode’.

Arcade Mode sets the player in a slow-paced game environment which grows progressively more difficult as time passes. If you want to let your friends jump right in to virtual reality and start blasting without going through a tutorial first, Arcade Mode is for you!

Open your Options screen and toggle the Start in Arcade Mode option on. That will set your main menu Start button to launch your game in Arcade Mode (rather than on Wave 1).
(also playable on Oculus Rift)

Bash
Aug 20, 2017
★★★★
Puts you IN the game of Asteroids! Fun game! Asteroids come from all directions as it gets more and more difficult.

Greenlit
Mar 03, 2018
★★★
There isn’t much depth to Asteroids Blaster VR, and that’s the beauty of it. It harkens back to the days of absolute arcade simplicity and challenges the player to complete wave after wave of asteroid destruction. It’s great for blowing off steam for a few minutes, or for hopping into marathon sessions trying to topple your high score over and over again. The dev team at Senomix says it best: “Fly around, shoot stuff, and have fun!” It’s really that simple.