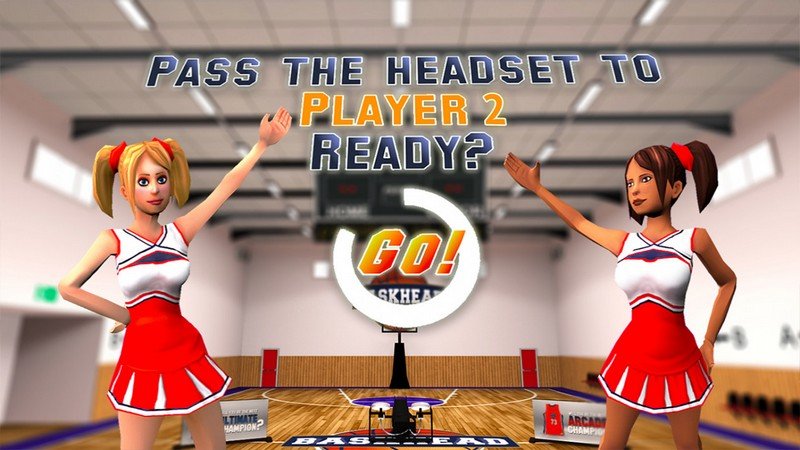 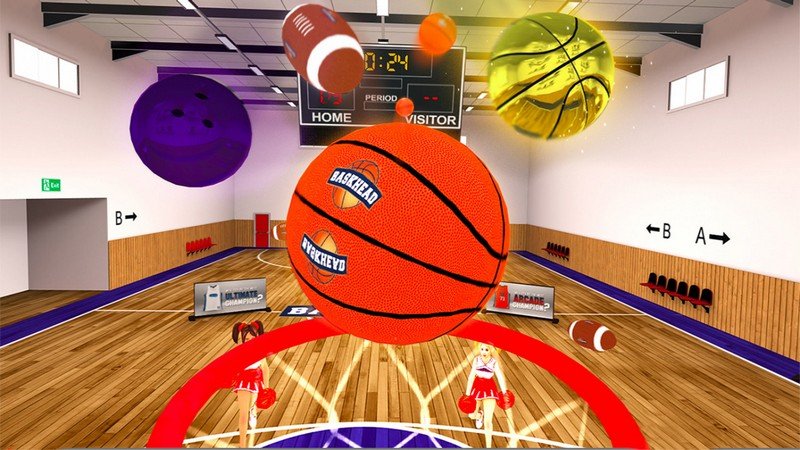 This time you aren’t the player, or even the ball – you’re the hoop. Balls will be flying at your head (literally). Your goal is to catch them all, in rhythm and with skill!

BASKHEAD is fun to play… and even funnier to watch!

Build crazy combos, unlock future achievements, and watch the cheerleaders dance as you climb your way atop the International Baskhead leaderboard.

Arcade: Score as many points as you can in 45 seconds – with boosts and combos.

Survival: Play against the clock – every ball saves you precious seconds. Watch out for impacts!

Multiplayer: Compete with up to 9 friends on the same VR headset. Find out who’s the best baskheadball player!