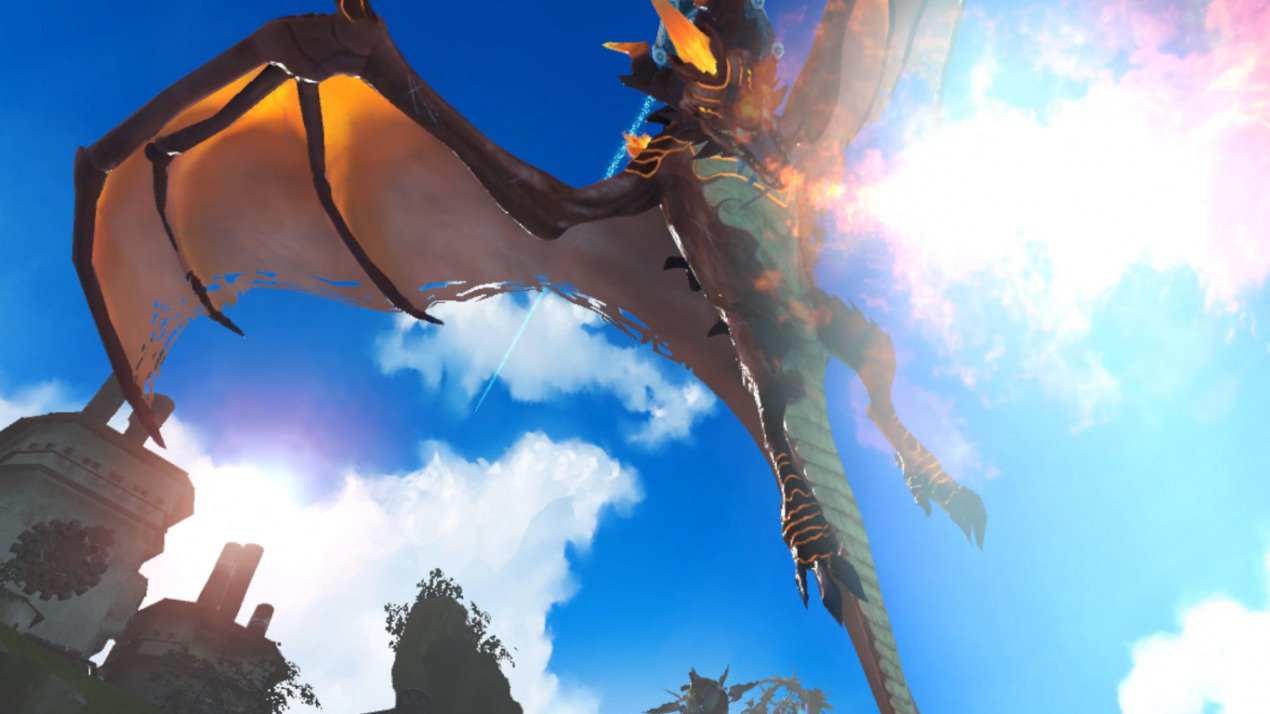 Released Feb 2018 2.7★
Multiplayer VR flying FPS game – EARLY ACCESS
BattleSky VR is a Multiplayer VR shooter game at its core, bringing Overwatch style gameplay to the VR platform. Each player picks a Hero with vastly different size, powers and gameplay style to engage in fast-paced aerial combats against other players. Play online against other players with classic Team Deathmatch, Team Escort, Free For All, Attack and Defend, and other team based modes of up to 4v4 players! Pick your Heroes wisely, your unique powers will determine gameplay strategies as you team up to defeat the opponents!

Single Player Mission Mode
Each Hero has a single player mission mode where you’ll learn the back story about the Heroes, and get familiar with the controls and the unique Flying Locomotion.

Co-Op Mode
We will be building some unique Co-op experience to complete a mission with your friends against AI!

Unique VR Locomotion
The game’s unique hyper-speed flying locomotion mechanisms had been tested by over 500 testers, and has been fine-tuned to allow nausea-free extreme high speed flying (imagine flying at 250 km/h). Less than 5% of the testers had experienced motion sickness. With 4 (or more) heroes planned for the game by the time we exit Early Access, players will be sure to find a hero that matches their play style.

Which Hero do you want to be?
At beginning of early Access, two Heroes will be accessible: Draco, and Jet-9. The third Hero is Lady V, and it is being developed. Will you flap your wings to soar through the sky as Draco? Or, zoom through the sky with the hand thrusters as Jet-9? As we develop the game further during Early Access, we look forward to YOUR feedback and suggestions as we add more Heroes.

Our Ultimate Goal
Our goal is to create a Multiplayer VR FPS game that will define a new generation of e-Sport. We hope to co-create with YOU a game that has depth, encourages strategic gameplay, and is just awesome and unlike any other experiences on VR. Please see the “Early Access” section for what content we plan to complete by the time we exit Early Access.VRThis game requires a VR system. The game will initially only support HTC Vive when we start Early Access. The game works with Oculus but may be trick for those without the 3-sensor 360 setup for oculus.

Why Early Access?
We are still developing this game. We are working with an unique VR experience, with many Heroes to choose from, each with a different type of VR locomotion and gameplay style. We are also working with flying and aerial combat, which is very rare in a FPS multiplayer game. These poses some challenges but also a lot of potential for an awesome new gaming experience. A lot of this is quite experimental, so we want to engage the gaming community during Early Access to get your feedback, to create more Heroes, locomotion mechanisms, Maps, and Gameplay Modes as we develop the game continuously. We look forward to your feedback and help us shape this unique VR game. We also hope to raise some money from Early Access so we can expand our team to speed up the development process. 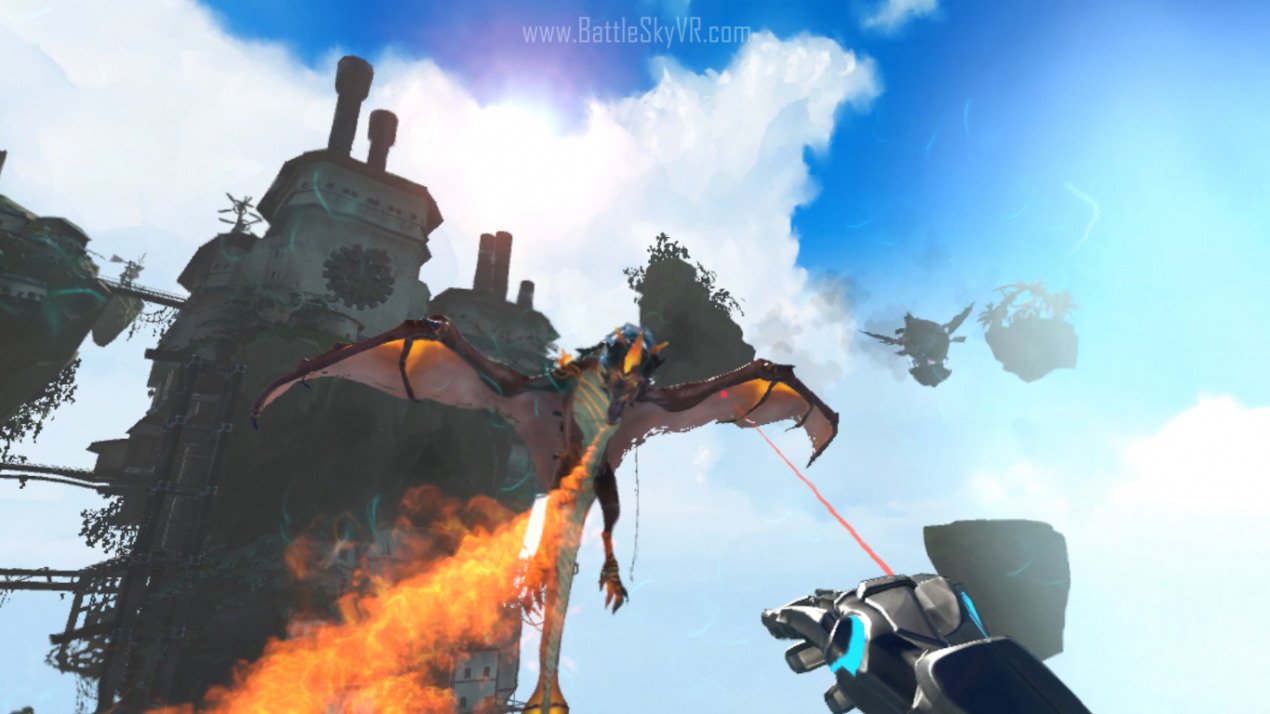 Approximately how long will this game be in Early Access?
around 6-12 months.

How is the full version planned to differ from the Early Access version?
Our goal is to create a Multiplayer VR flying FPS game that will define a new generation of e-Sport. We hope to co-create a VR game with YOU that has depth, encourages strategic gameplay, and is just awesome and unlike any other experiences in VR currently.

We plan to achieve the following by the time we launch the game officially:
-4 Heroes to choose from (or more, if we can get interesting suggestion from the community)
-4 Missions (each featuring a Hero’s back story)
-6 maps or more for Multiplayer PvP (up to 8 players)
-More Multiplayer game modes that we will develop together with the community
-Available for Vive, Oculus, and Windows MR.
-We might explore cross-platform gameplay with non-VR players.

Will the game be priced differently during and after Early Access?
We are selling the game really cheap at beginning of Early Access! We will raise the price incrementally as we ship new content updates. Get the game now! The low price will not stay long and price will definitely go up! 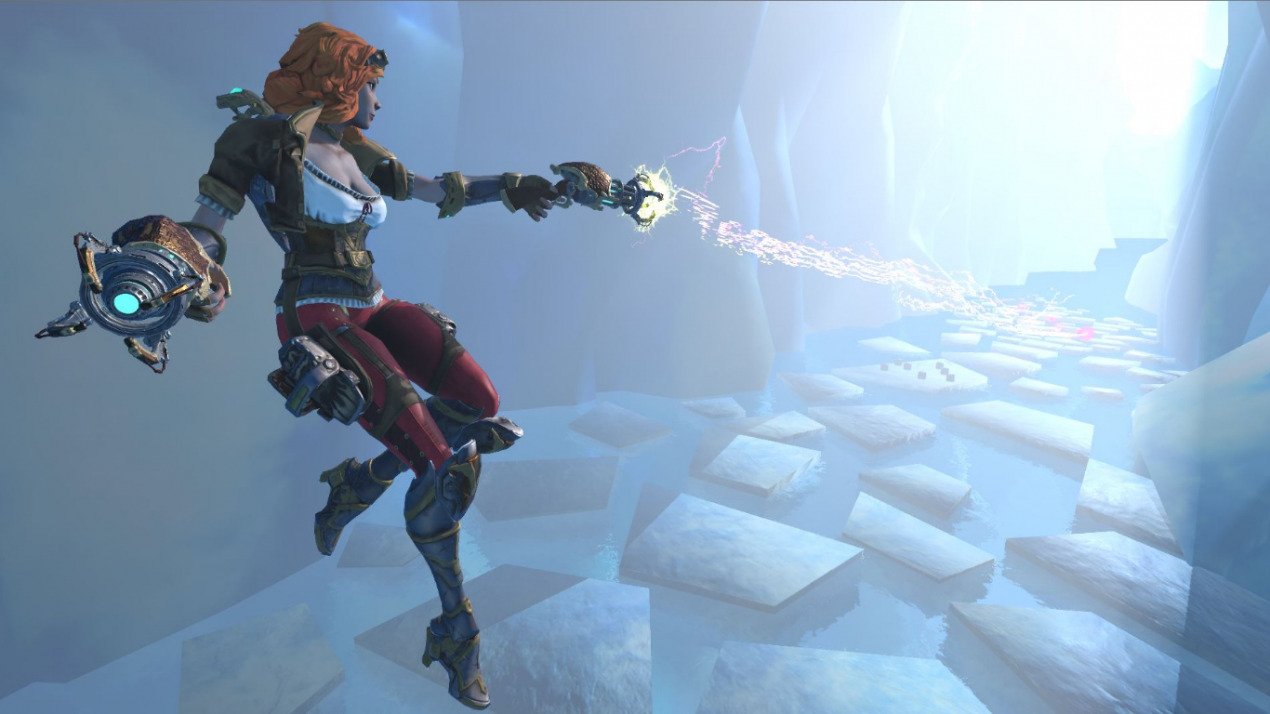 DoC
Jun 14, 2018
★
decently made, somewhat fun to fly around but the biggest issue is that its meant to be a multiplayer game, keyword >multi<, when your the only one playing it gets boring really fast.
(note for some reason it seems like it choses a random region for you, being EU based and had “asia” as region, then later changed to something that made no sense)

kim
Apr 23, 2018
★
dont waist you time one this game the graphics is bad and the controlls will make you want to stop playing the game with in 2 min and there is a multiplayer but there is not any people at all there is playing it