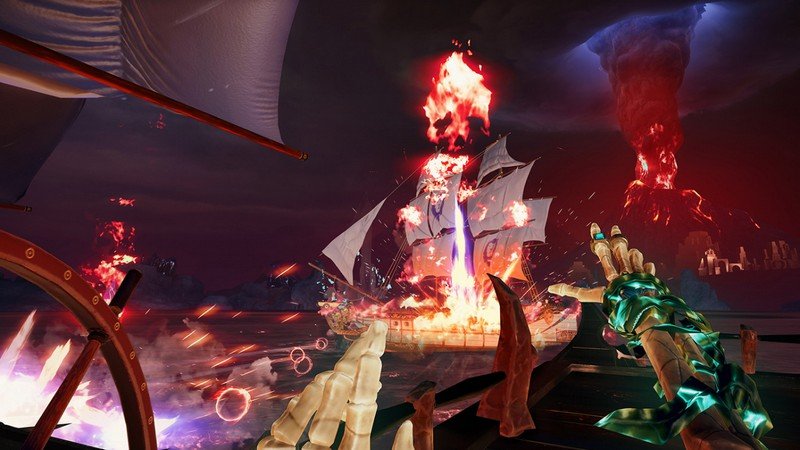 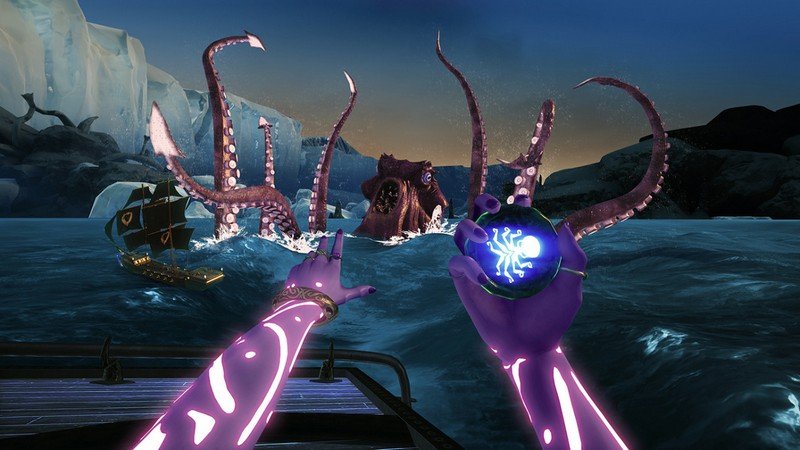 Upgrade Your Ship & Skills
Spend gold to boost your ship’s stats, level up your Pirate Lord abilities, and upgrade your arsenal with 13 different real and fantastical ship-based weapons.

All Sea, No Sickness
Experience the thrills of high-stakes naval combat without nausea, even as your ship pitches, yaws, turns, rams, plunges, and—if you’re not wily enough—sinks. 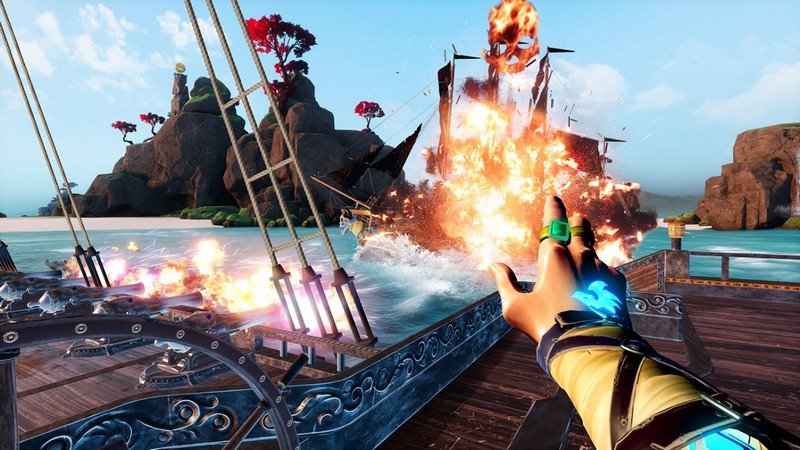 Alejandro
Sep 11, 2019
★★★★★
Game feels great and looks beautiful. I really enjoyed the fact you get into the action right away. Hope they add to the story in the future. Cheers!

Did I mention the cannons?

I haven’t played for very long but I’ve loved it so far!

Matthew
Sep 21, 2019
★★★★★
possibly one of the best viveport infinity subscription titles. I put it on my list of top 5 recent viveport games which you can check out here https://youtu.be/lS4SVD0ycv0

Zimar
Sep 16, 2019
★★★★★
Awesome Game, I love the control of the ship and having the ability to steer with one hand and fire with the other felt very satisfying. The boat control was well placed as was the voice acting. just a little repetive at times. Woutd have loved to see a but more in the way of your arsenal. all and all I’m still playing and enjoying myself.

Robbie
Oct 17, 2019
★★★★★
The core gameplay is exceptionally fun and there is more effort put into the campaign mode than most VR games. I find the characters to be generally quite charming and each weapon to feel unique and fun. The motion sickness option is unobtrusive and effective but the rocking of the boat is still so convincing that I occasionally feel a loss of balance! This is a 4 or 5/5 game by VR standards.

Edit: My concerns regarding the multiplayer in the Viveport version have been addressed by the developers. So I am happy to say that no longer have any reservations giving this game a glowing recommendation.

Jeremy
Nov 12, 2019
★★★★
A solid foundation in a genre with promise and few quality entries. Needs more variety in Campaign missions and game modes.

Risen
Sep 17, 2019
★★★★
Glorious game. I was so happy to find it included in my Viveport INFINITY. I was so bummed I missed the exciting Beta event for this and have been hyped ever since but couldn’t afford it on launch. So finding it here is GOLDEN. This is a VALVE INDEX FRIENDLY game. It doesn’t say supported, so you won’t see images of an index on your screen. But it doesn’t affect your gameplay in any negative way whatsoever.
It looks like Vive got the Oculus edition so initially there won’t be multiplayer but it is coming. Lucky for me I just won a free key for the Steam version. So I am leaving my review here as I uninstall the game from Vive. DEFINITELY A MUST PLAY

Austin
Sep 17, 2019
★★★★
Incredibly fun. A couple crashes but Infinity so idc.
Ships have entirely different playstyles.
Seems to be 4 weapons per ship (front, 2 sides, back) and the captain of the ship itself has 2 unique powers (power and ultimate).
The ships have entirely different playstyles. It’s pretty neat and it definitly shakes things up a bit. I haven’t experimented with all of them yet (2 ships and 2 captains at time of writing) but I am already having a blast and getting WAY to into the swing of things when I’m surrounded by 12 enemy ships.
For the movement, you stay in 1 place. You basically have 2 forms of steering: anchors and the wheel. Ancors steer you fast, the wheel steers you very slowly. You aim with the controllers and pull the trigger to fire your weapon; the weapon that fires is dictated to if the target is in front, to your side, or behind you.
It falls together very well and I say yes.

Damian
Oct 30, 2019
★
It’s not an awful game, it’s just doesn’t have much staying power. The first mission is just killing more and more ships with guns. After the first 3, it really didn’t get any more interesting. The graphics are average. The narration is good. But I’ll not be playing this one again.