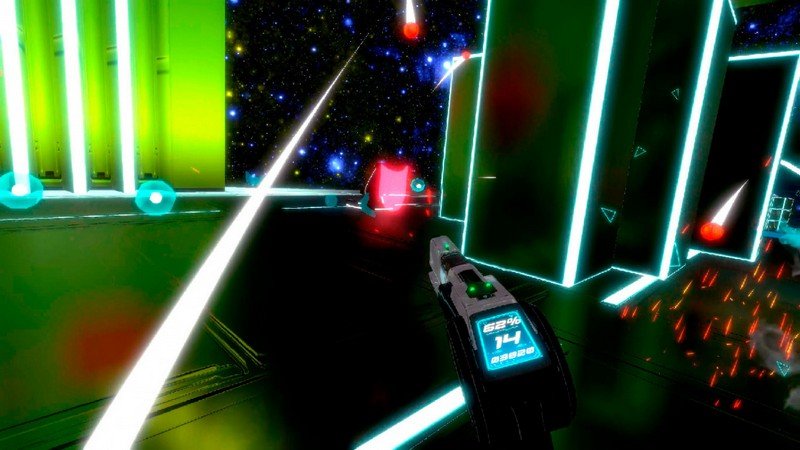 Released Apr 2019 3.7★
Beat Blaster is a VR game about Shooting & running where everything happens to the beat of the music. An original mix of styles with each level offering a new challenge.

30 SONGS & AMBISONIC AUDIO
Each level introduces a novelty and all the games are different thanks to the intelligent generation of levels.
Ambisonic sound lets you experience the music in an entirely new way. 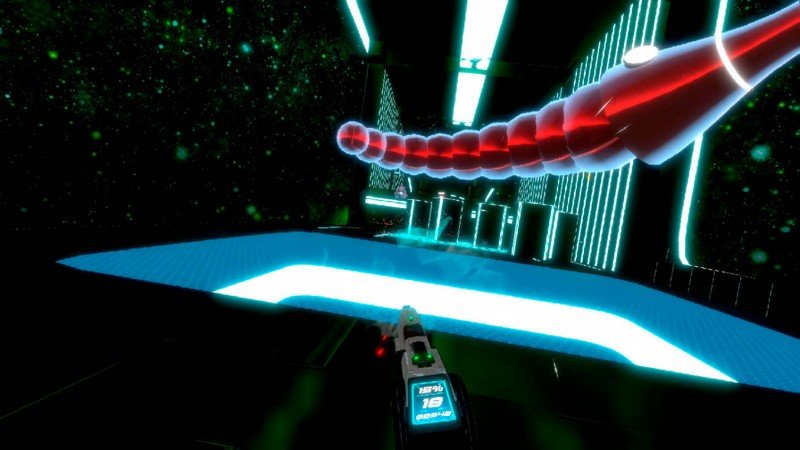 NO WAITING TIMES
There are no loading screens, complicated menus or eternal waiting. Beat Blaster is direct fun without complications.

4 WAYS OF MOVEMENT
You can choose between the classic VR controller, the new 3dRudder, tilting the head or the intuitive and original control based on the movement of the head.

NO MOTION SICKNESS
Beat Blaster is a VR game with a high-speed component. But all moves in the game are designed without rotating the player, thus minimizing the probability of motion sickness.

EASY RULES
To clear a level, you must reach the end of the song without dying.
Sounds easy, doesn’t it? You have a Blaster with infinite ammunition and a single life to dodge or kill all the enemies that will appear to the rhythm of the music. 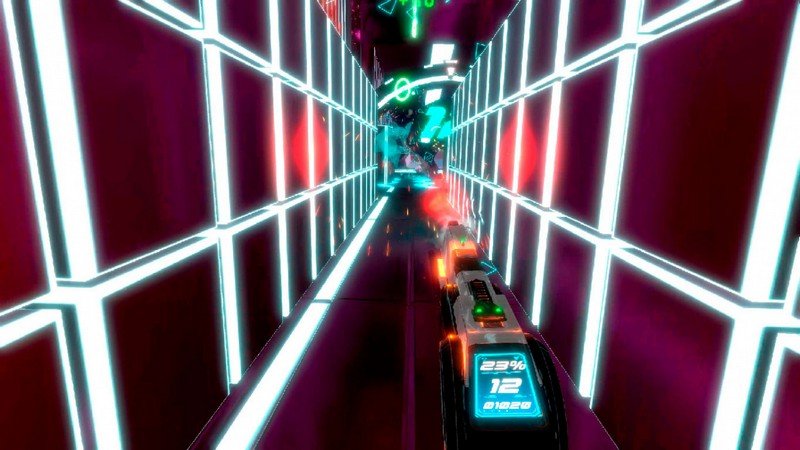 Jeremy
Jul 10, 2019
★★★★★
Beat Blaster gets a thumbs up from me, it’s original and a lot of fun. The pacing as the levels progress is really balanced making it more challenging but fair. Also, playing the same level again is different layout, so endless replayability. This is hidden gem of a game, I’m unexpectedly impressed.

T
Jun 09, 2019
★★★
There is some potential here, but Beat Blaster gets stale pretty quick. The head-based controls just felt awkward, but the game became super easy with stick-based movement. I didn’t like how strict the timers were, as it punished exploration. I ended up charging through levels quickly, and most of the enemies are easy to ignore. Collision detection with the environment was also frustrating. The music and beat has no noticable impact on the game. It’s not a bad game, but not good enough to justify playing extensively, even with the procedural generation.

Peter
Jul 07, 2019
★★
Head based movement is weird and doesnt track well at all. The game barely goes to the beat and there’s not much there. The music was cool but like this has the amusement that you’d get from a cellphone game to kill time in a waiting room.

Cameron
Jul 08, 2019
★
This game needed more play testing and work before being released to production. I’m not a big fan of the control scheme but what’s worse is it has a very unforgiving collision detection system. All collisions will immediately end the game and send you back to the menu. Even running into a wall. When you combine that with an unintuitive control scheme you are left with a very frustrating and unsatisfying game experience.

Risen
Sep 15, 2019
★
What a disappointment. Nothing like you would think. This is no rythm based game. You just turn your head back and forth in an environment that pushes you forward and you have to tilt your head to dodge walls. Lasted 5-15 minutes.