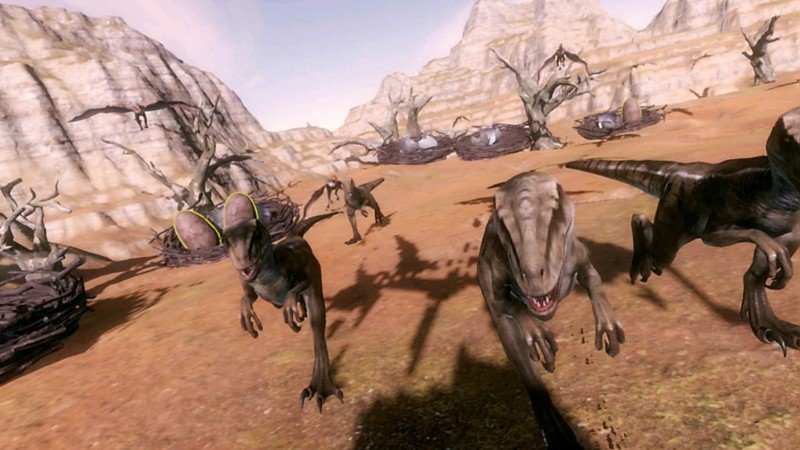 Released Feb 2019 2.9★
In 2030, some unknown island in somewhere of the Pacific Ocean, there’s a group of archaeologists that was collecting biological data on the island for research purpose. It supposed to be an ordinary mission, but things started changing gradually; some remaining artificial building and research center were discovered; members of the group started gone missing; an unknown roar finally revealed the answer of all this. The only thing that matters now is running to the sea shore and escape from this island. You, the mercenary hired by the archaeologists group, are the only and final hope to get them out of this deadly hunting… 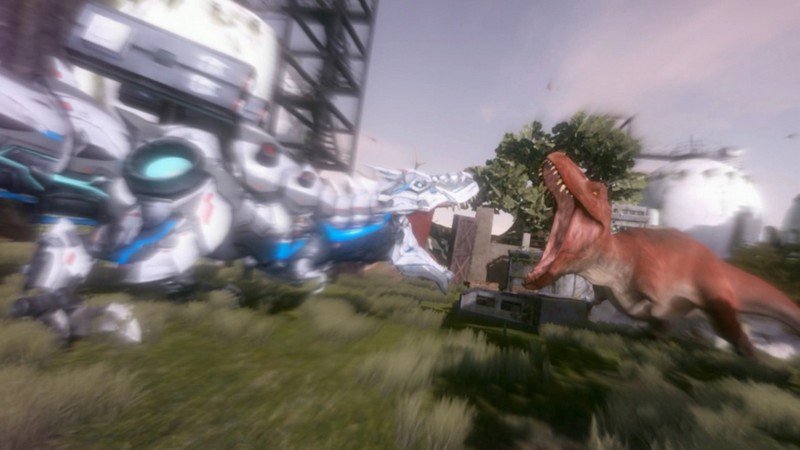 Operation manual
1. you can use only one VIVE controller.
2. The trigger button is used to shoot.
3. controller down for filling ammunition.
4. Turn the controller to the left or right to replace the shotgun or rifle
5. Support somatosensory gun with VIVE Tracker, recommended as PP GUN.

JesuSaved
Mar 21, 2019
★★★★★
A great exciting movie like experience.Its what you should showcase to quests who have never used vr.Epic game and the best wave shooter if you would call it that.It is seated with no movement but the action is so intense you wouldnt need anything different.Jesus God’s Son died for you,He is alive !

OLAF
Mar 25, 2019
★★★★
This is a Arcade Dino Rail Shooter.
Pros-
Fun to shoot different type of dinos
Weapons-Shotgun, ak47, only weapons so far.
Dinos look good and animations are okay
AI is pretty good, and game showcases are very fun

Cons-
Very short gameplay only 5min but fun time forsure.
Dont like the robot dino, rather have flesh dinos.

Hopefully this game can continue with story and about a hour long. Good work Team. 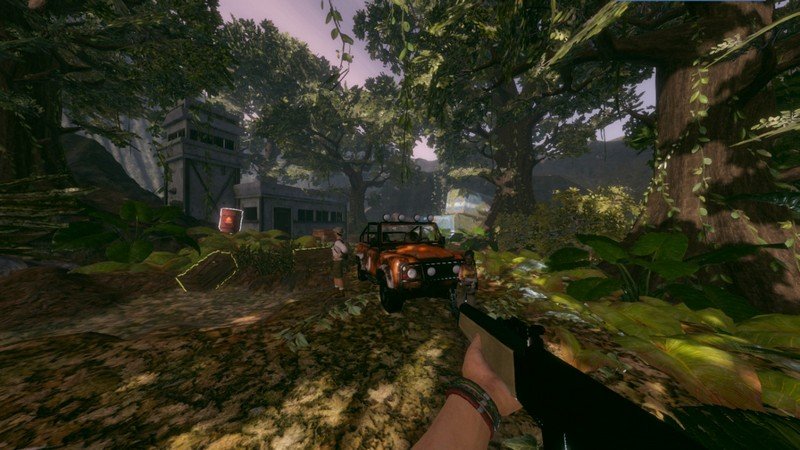 You are always firing from the hip so agree with other review, left arm had some strange block around it for the Majority of the level, it also just ended and i could not get out of the game and when i eventually did i had to restart my vive pro due to controllers not tracking, never had this problem before.

One thing not mentioned is changing weapon happens frequently, reloading is a bit of a gamble, more bullets new gun.

Will give the level another go later but i am in agreement with the first review, this needs a lot of work, especially the gun phsyics and a bit more than half the first level would be appreciated, so pleased i subscribed to this and didnt fork out the full price tag, £5 is too much for this very short intro to a game that isnt going to be ready for some time if the gameplay is anything to go by.

Toby
Apr 12, 2019
★★
It’s alright for what it is, 10 minutes of shallow dino-shooting in a similar vein to a sit-in arcade machine.
I wouldn’t pay for it but worth your time for free.

gerry
Mar 13, 2019
★
The game lasted about 10 minutes , really bad gun physics,as it feels like its stuck on a tripod and your basically just firing from the hip , just another bad rail shooter and your getting chased by some dinosours, this game is not worth even getting on Subscription, now i have to wait a whole month to get rid of it :(.
dont waste a subscription Slot on this guys.its so poor and very disapointing ,needs a lot of work

phenixonfire
Apr 28, 2019
★
i am pissed off i used my last vive game of the month on this pieces of crap! thanks for the false advertisement.. game look way better then it was and whats with the pink box hand ???!!!!!