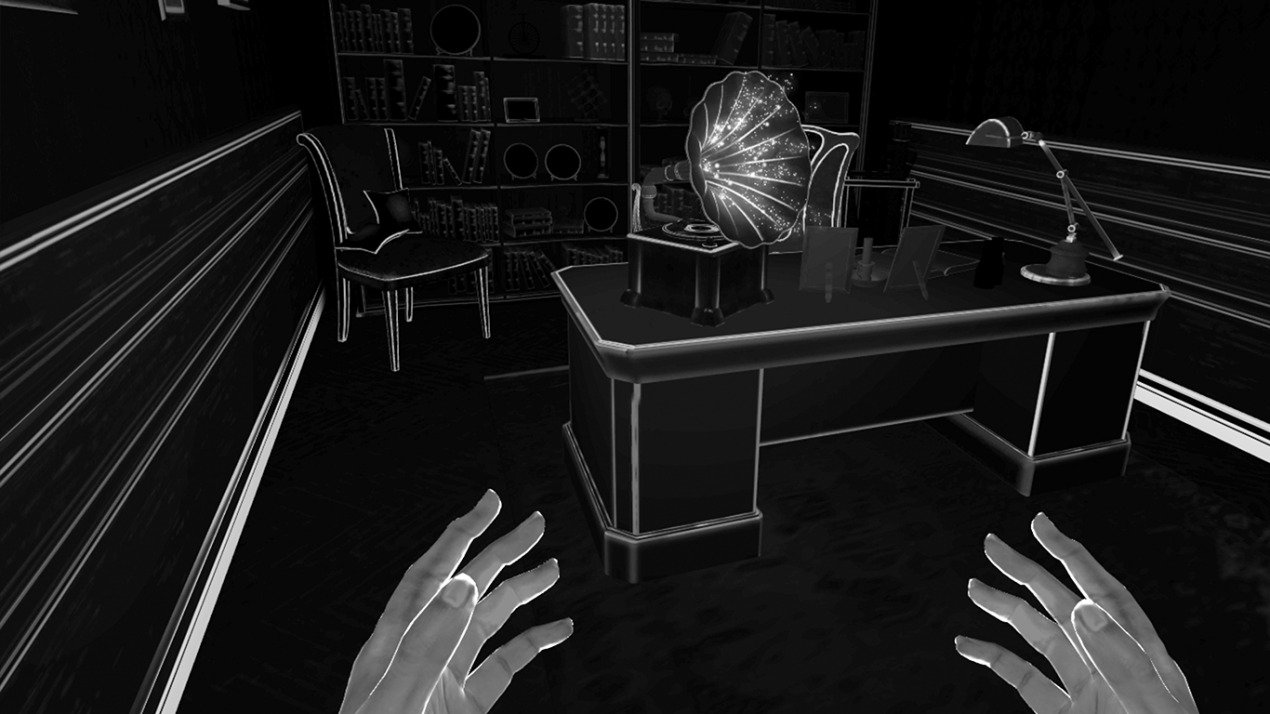 Released Jan 2019 3.5★
Blind is a narrative-driven psychological thriller for virtual reality where the player is blind and must explore their surroundings using echolocation. 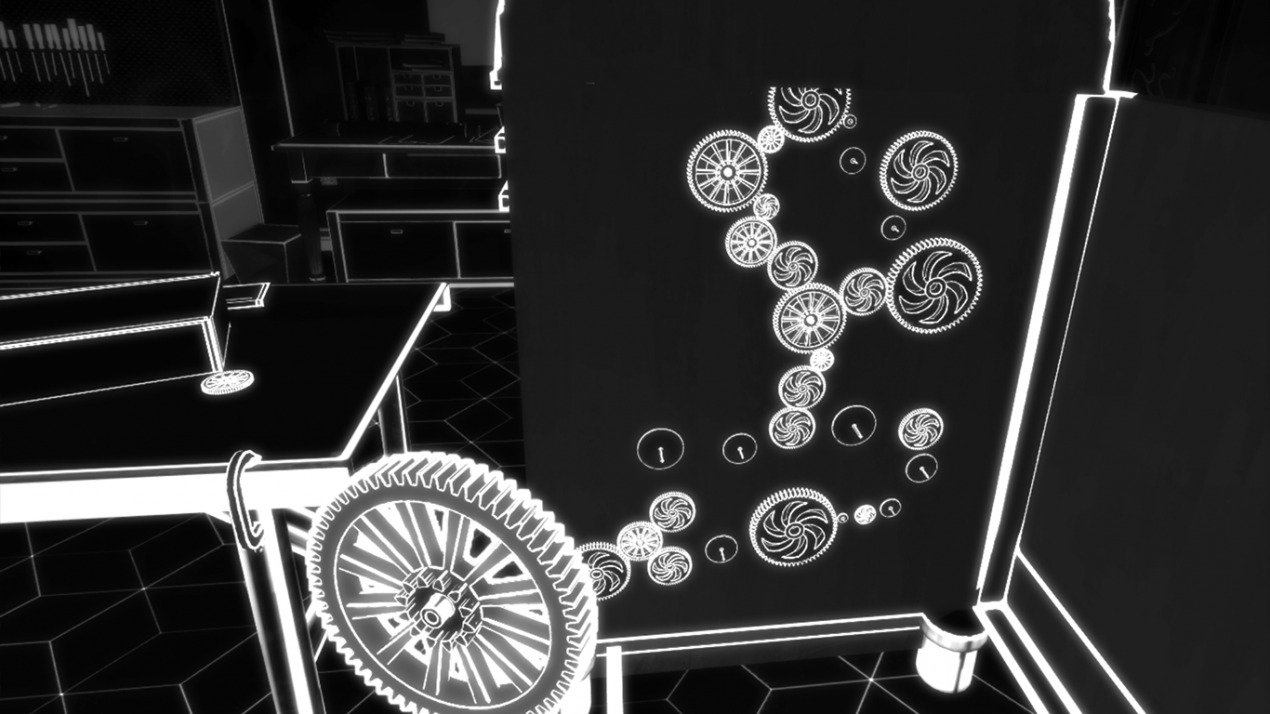 Waking up in a strange room with little memory of how she came to be there, a young woman makes the shocking discovery she has lost her sense of sight. Goaded by the sinister and twisted Warden, she must explore a perverse and frightening mansion using sound alone. By sending out soundwaves with a cane, the outlines of objects are briefly revealed, enabling the player to navigate the mansion, solve puzzles and uncover the mystery of what is happening to her.

As she gets closer and closer to the truth, however, she will be forced to confront her worst enemy–that which she does not, or will not see.

Antti
Apr 19, 2019
★★★★★
Great puzzle game with a novel concept. I enjoyed the game mechanic of being blind and thought the game had a fairly good sound design. There’s lots of potential for this to be creepy but it doesn’t get that scary. I had heard very little of before playing but it turned out to be a treat. If you don’t like things that are more towards the “games as art” end of the spectrum you might not like it and I did have a couple of issues with it. First of all crouching is not possible with by doing it physically and not needed for most of the game. I got stuck for a bit when it finally was needed. Second I did find the ending to drag on a bit and to not be a satisfying conclusion to the story but overall I highly recommend this. 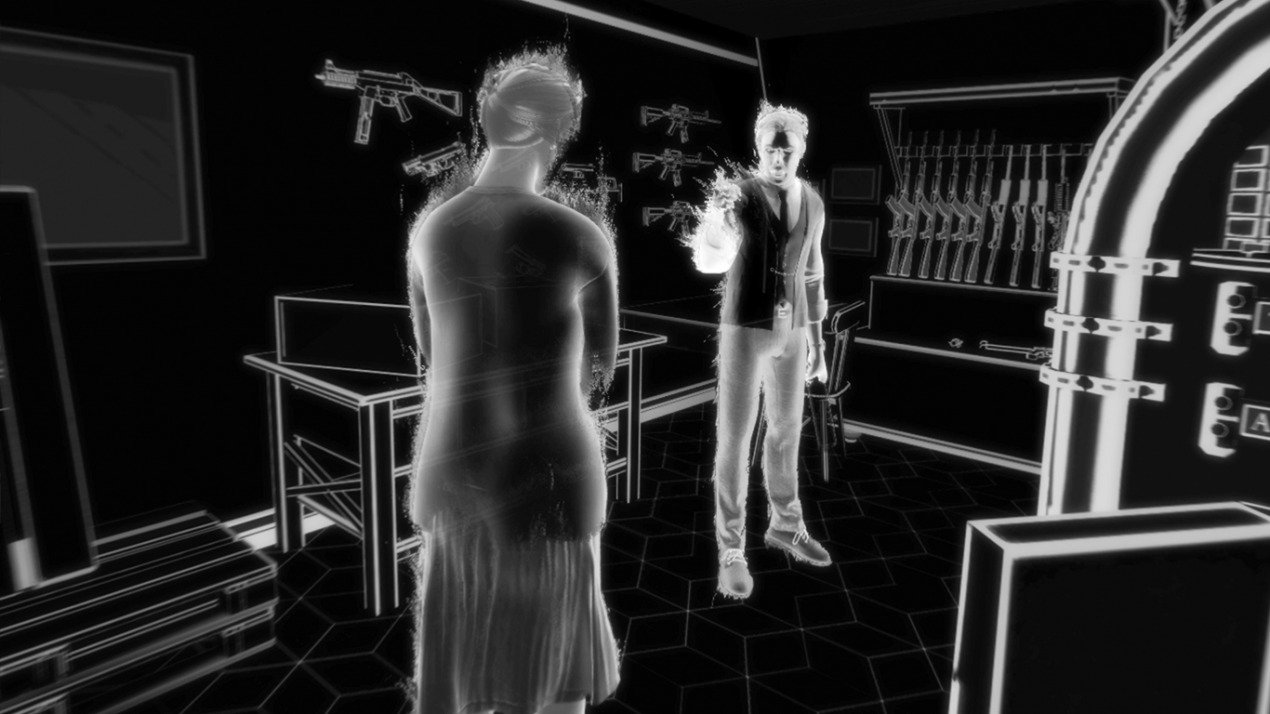 Jacky
Sep 14, 2019
★★★★★
I can only say good things about the game. Love the atmosphere and the unique art style. Especially the story telling via pictures in later game was awesome, I could just watch entire storys that way. The story itself was good but not great. It felt a little like the ones in the game “Nevermind” where you also go through the mind of traumated persons and discover what happened to them.

The puzzles were quite nice and not too hard. Wish there was some “hint” function, like winding the grammophone would highlight important objects, I had to look up 2 times not because I was stupid but too lazy to find the needed object =)

I wish actual listening would have been much more prominent. Since all sound produces light, you still use the eyes all the time, even when you hear something. Still this is my optional opinion and doesn’t take one of my 5 stars.

Doug
Apr 25, 2019
★★★★
Very original way to tell a story. As the trailer shows, the navigation in the game is 99% visual, the only hearing-exclusive part I did was a little near the end, and wasn’t necessary, but was fun. The environment was so expertly crafted I wished the programming talent was used to tell a better story, but this story was just good enough. The puzzles are good. Locomotion is hmd oriented only, there’s no controller oriented option. Also no option for touch to walk, it’s press to walk. I also found myself holding the trigger buttons for long periods of time to carry items, AND holding the grip for long at times instead of click to toggle. This review is for version 1.0.7f1.

The game has good potential, if the devs fix some issues. It gets frustrating due to some bad mechanics.

VR – Experience: 4
It is an enjoyable VR Experience.

Graphics: 4
Good aesthetics but dark (it does go well with the theme). No character animations but well blended.

Story: 4
It has a good, non-standard and non-cliched story.

Gameplay: 1 – 4
A core mechanic makes the game harder with the progression to a point that it gets so frustrating just to move around that it’s game breaking.

Puzzles: 1 – 3
Most puzzles make no sense. And the game did not spawn a vital item in one of the puzzles.

Vicente
Feb 25, 2019
★★
really buggy for me, played it with Pimax 8k, ingame hands would act weirdly, like they were losing track and appear floating around, also i got a USB connect and disconnect sound that kept locking the screen. Nothing like this happens either in steam vr home or other games, so i gave up.

Gameplay wise it’s interesting, but having to use the cane over and over is annoying and tiring, i wish the part where you see lasted more so you don’t have to keep hitting with the cane over and over, graphics are rather dull but the atmosphere is solid though, and story looked interesting enough, but bugs or whatever stopped me from getting any further, maybe i’ll resub in a few months and see if it works better.

Andrew
Aug 04, 2019
★★
It looks and sounds great and I love stylized experiences like this, sadly the locomotion was off. The trackpad control moves you in the same direction even after you turn to face a different direction which for me makes it impossible to navigate. Also interactions like unlocking the first door with the key has no physics or snapping, only after giving up, looking for another key, not finding one and trying again did it finally unlock and I don’t know how I did it.

Alex
Jun 13, 2019
★
Not sure why it had to be black and white, but whatever ! I have been trying to play this game but couldn’t as, movement controls are messed up. Few minutes into the game, it moves me in random directions! Also, the player height in the game world changes, sometimes too tall making it impossible to hit the ground with the stick or pick up objects from the ground and at other times too short to reach up and interact with objects !

Looks like it has become very much of a practice to make games with mediocre graphics, controls and mechanics and sell them for a high price. Some of these games have excellent concept and story but fail because of the mentioned reasons.

Scott
May 10, 2019
★
Floor calibration is not correct which once I drop an item does not allow me to pick it up. This is one of the few games that does this and makes very frustrating as not only do I feel like a giant but as said before I cannot pick up anything on the floor.