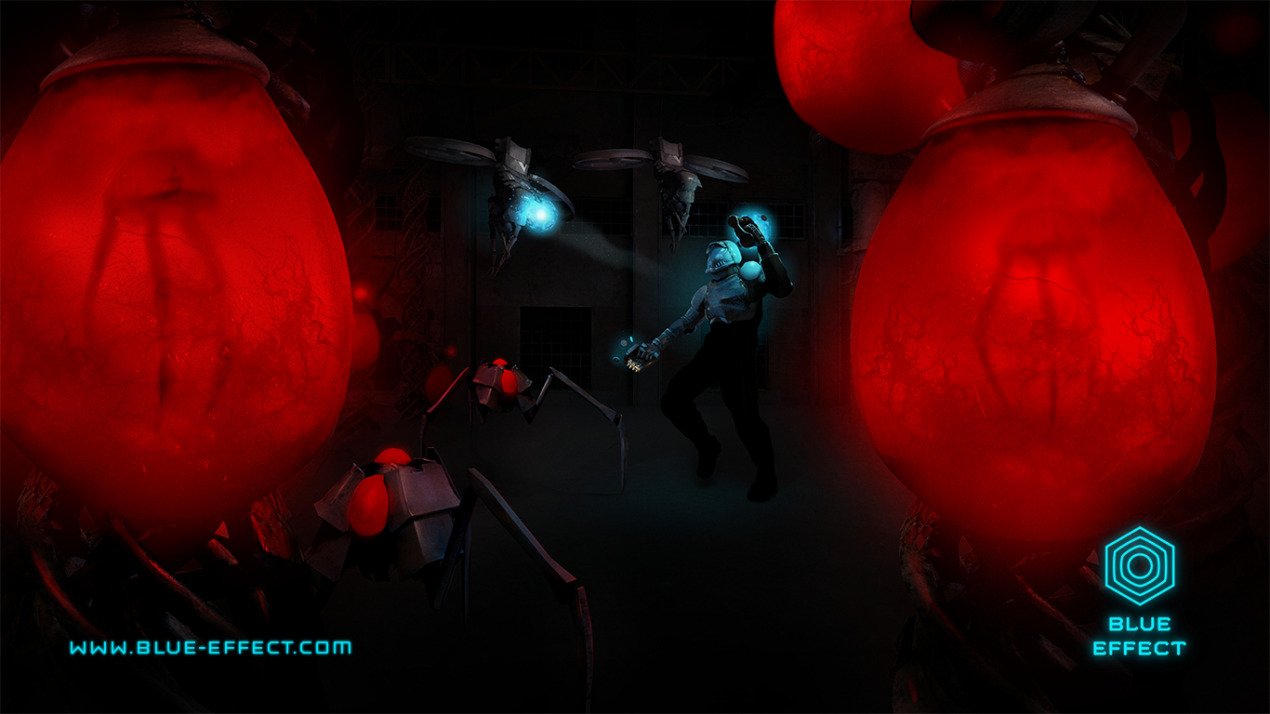 Released Oct 2016 3.3★
Welcome on Planet Exo-277. A place where your abilities will be tested. This world belongs to the alien race that doesn’t know what defeat means. You will be facing enemies that are ruthless, cruel and mainly terrifying. Survive and become the famous warrior in the universe!

Enter this dark world and enjoy an immersive experience!

-Ready Player One
Put on the VR headset and stand your ground against waves of enemies and try to survive until the timer runs out. It might be only three minutes, but you will be sweating bullets by the end. The original experience of Blue Effect just got better with the introduction of a second player!

-Ready Player Two
Grab hold of a game controller of your choice and let the hunt begin! Your goal? Seek, scare and exterminate your friend in VR by taking control of one of the horrific monsters lurking in the darkened corners of the Blue Effect world. If you cannot take the pressure of the VR experience, you might give this one a try!

-Little Buddy – Do you like the satisfaction of vaporizing an enemy? The burning thrill of shooting a weapon. Well, look no further. Little Buddy, a deadly precise laser pistol that packs a punch, vaporizing anything in its path. And if anything gets too close, the pistol acts as a heavy hitting melee weapon.

-Enlightenment – State of the art illumination orb technology powered by Blue Effect energy helps you to enlight the darkest places and spot every enemy. 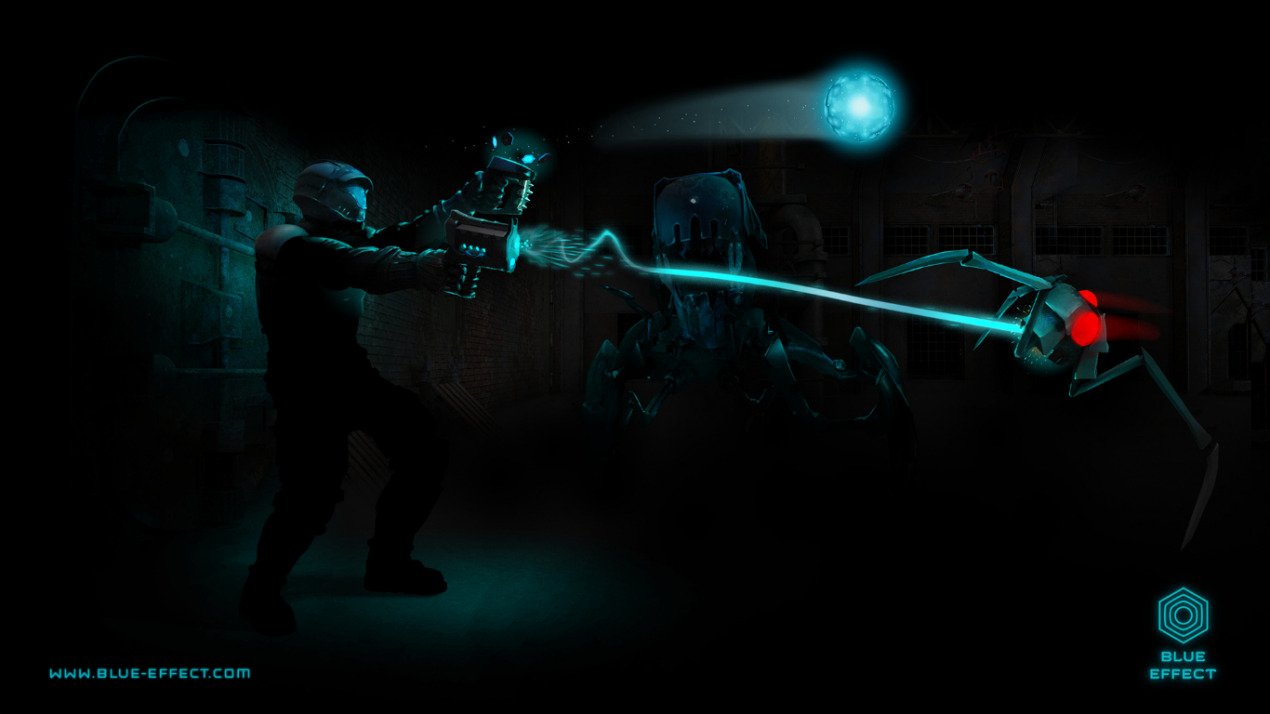 -Blue Effect – A rare energy source developed by Lumos corporation that powers your equipment and is the catalyst for your mission, the people that hired, and the events that will unfold.

-Enjoy breathtaking shooting battles in Warehouse level, use the orb to enlight enemies and your gun to finish them.

-Or move yourself to Incubator level where your only chance is using two orbs to survive countless waves of enemies.

-Last but not least the dream of every gamer. Two weapons in your hands. Show them who the boss is while protecting glory pillars!

-But don’t be afraid, we will add more in the future!!!

-Music soundtrack and sound effects were created by Epic Music Production team. The guy standing behind it is Jaroslav Beck, music composer for various Blizzard’s trailers as StarCraft, Overwatch, World of Warcraft or TV spots for Terminator Genisys or Star Wars The Force Awakens. 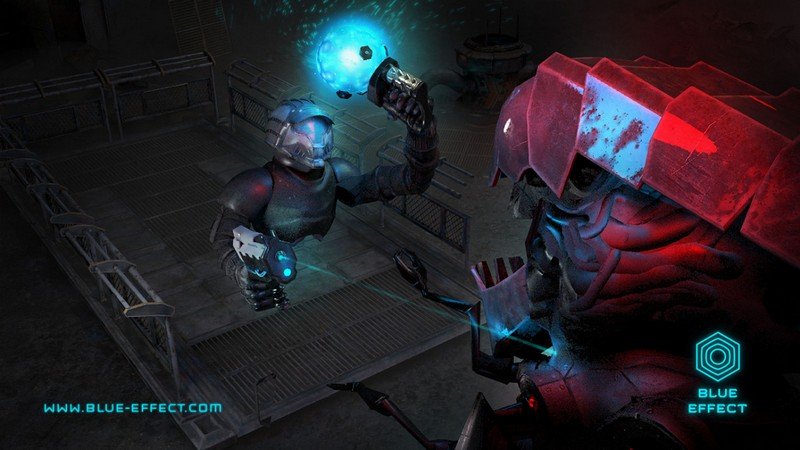 Tim
Apr 07, 2018
★★★★★
That feel when You take of the headseat, all sweaty like after a 30 min workout and you see the light! I have never been so happy for the light bulbs in my apartment.

Jacko
Apr 29, 2019
★★★★
Awesome game. Me and my mate Amaan where playing it and we did the local play gamemode but we didn’t like how there where only 2 maps for local. Please add more please

Joseph
Jan 23, 2019
★★
It’s ok for wave shooter. Currently has four environments to play in (Warehouse, Incubator, Lab, Railroad) and 3 small weapon skin/theme you can play them under: default, halloween, christmas. It’d be nice to have a key to reset the player position though. Runs fine as long as you don’t go into Settings. It’s very prone to hard crashing if you try to change anything there. lol, some of the models/textures must be stock or free as they still stay “UnityEngine” with logo on them.

John
Dec 12, 2018
★★
I wanted to like this game, I really did but the lack of a structured or coherent single player campaign simply ruins it. The immersion factor is not incentivized… why play? Why continue to push, why invest emotions?

The two stars are because the gameplay itself is pretty good. This game actually made me jump back in the real world physically quite a few times and for a few moments there was indeed a sense of terror and desire to shoot like my life dependend on it. Had that gameplay mechanic been pushed through to a structure campaign this would easily be a four star game.