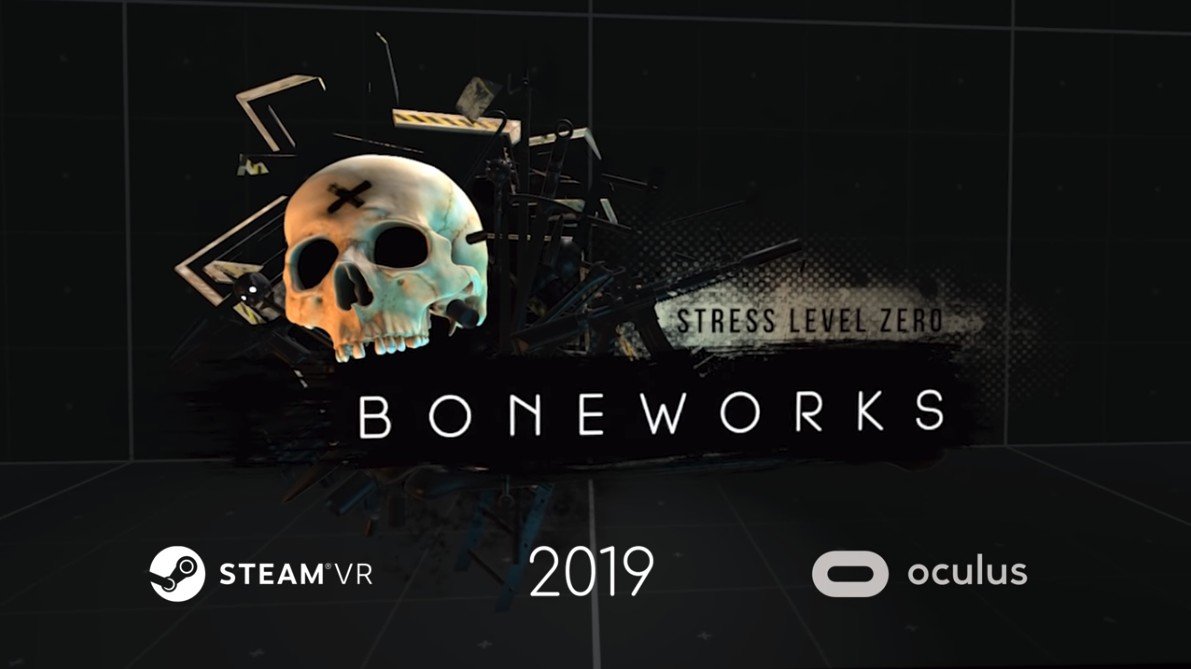 [dropcap]L[/dropcap]overs of super realistic and physics-based interactions in video games will be excited to know that Boneworks is coming to HTC Vive. After its producers, an Indie VR studio named Stress Level Zero announced this last years, they have kept fans on the edge of their seats to see what this video game will bring to the VR world. The game went into development last year after a successful showing at an amazing and rich physics-based interaction event. On the first of March 2019, the studio decided to reveal Bonewokrs as a game that will be going live this year. For those who haven’t heard about Stress Level Zero, they are the same game producers responsible for the production of Hover Junkers as a game on HTC Vive in 2016. The same studio followed up with another VR game in 2017, the game was called Duck season and was also another successful outing for them. 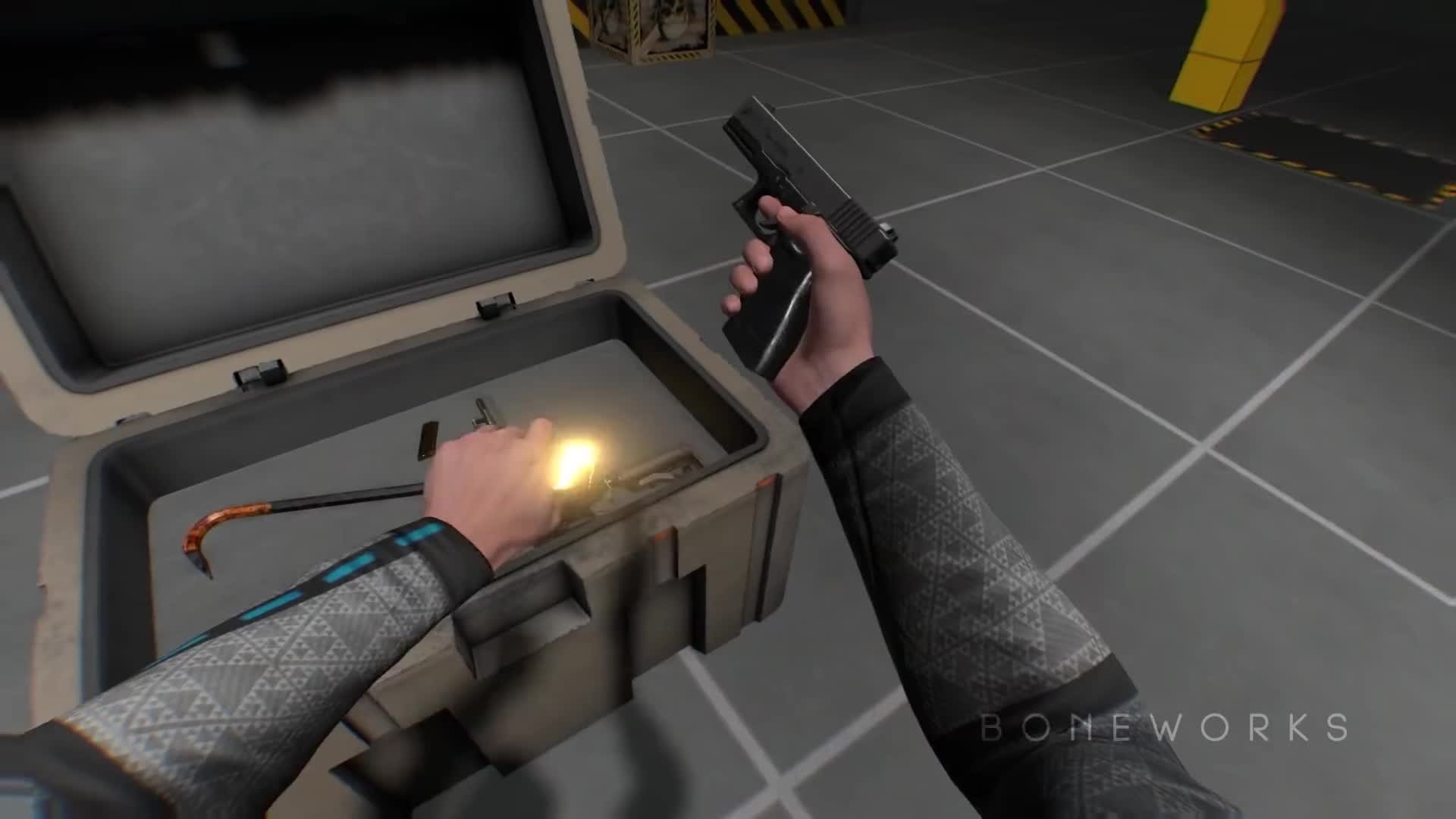 Boneworks, on the other hand, is serving as a kind of reboot for the studio, as they are looking to incorporate all the things they learned from the previous games they have released over the years. They seem to be starting on a blank slate with a property that is not yet fully known by video game fans. Boneworks for them is all about redefining the truth of VR gameplay by actively making it all about physical interactions. This is not something gamers get in the everyday VR games they play.

The implication could mean that this distinct game making route might be their big breakout. The studio is focusing on something that most VR game companies seem to be overlooking, adequately carving out their little niche which gamers will love. Boneworks is described as an “Experimental Physics VR Adventure”. Another brilliant thing about this game is that it comes with its own careful curated dish of combat. 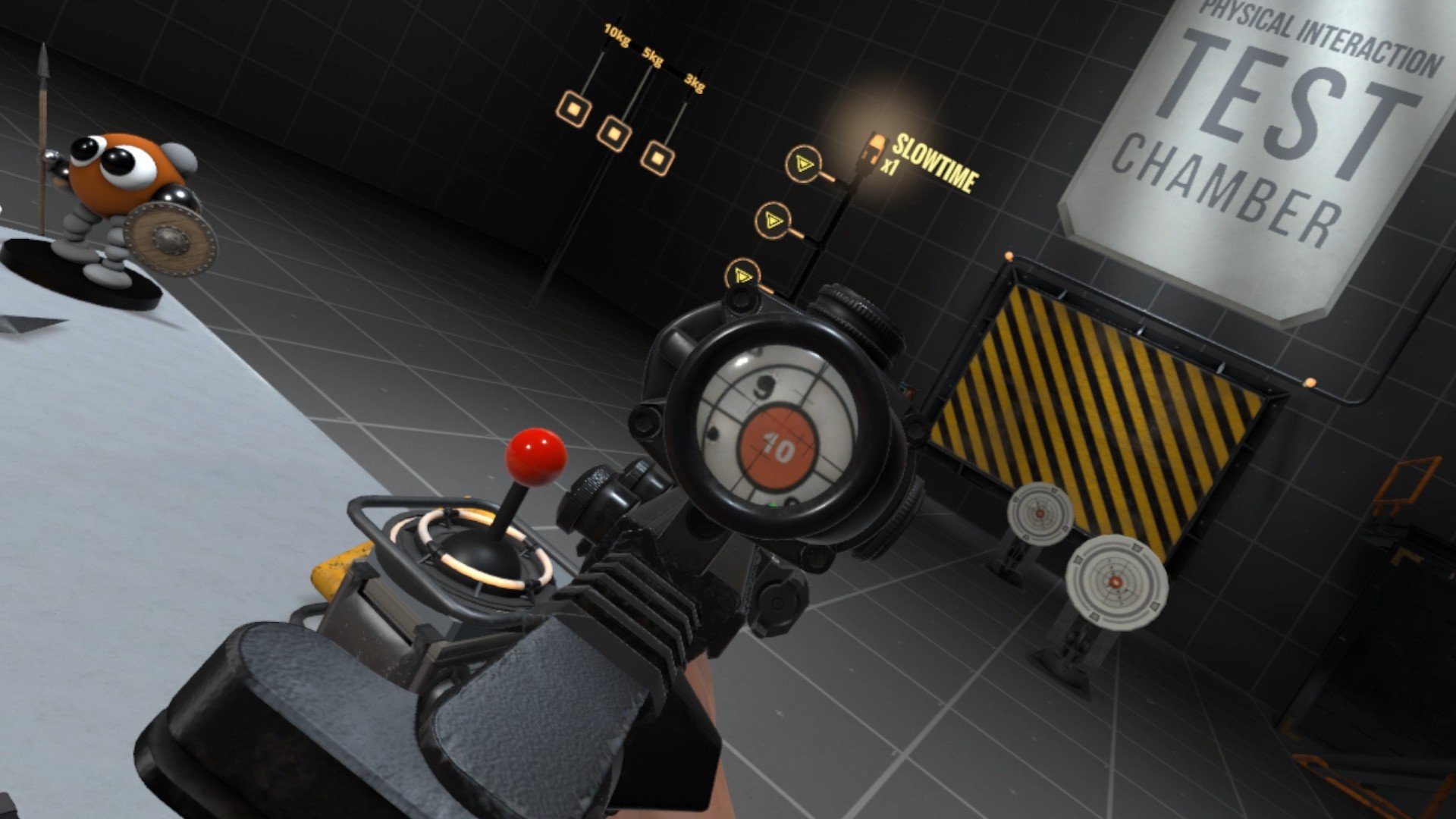 Boneworks Has an Excellent Combination of Features 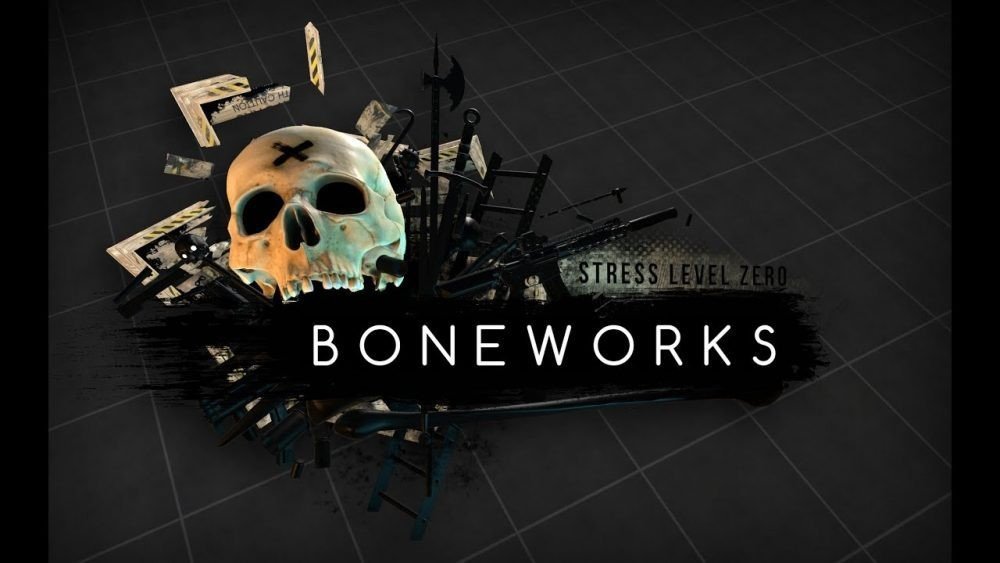 The game has been seen to sport a full avatar that allows players to stay immersed in the game, further enhancing the physics-related features of the game. Stress Level Zero is holding no cards back when it comes to gameplay as they are looking to give game players a strong sense of immersion into the reality of the game by providing a broad range of enemies and gun selections. According to the studio, fans of the game can expect the following features upon its release;

The fight sequence in the VR game is so broad that players can choose the different ways they want to approach a battle. They could decide to choose from a range of melee weapons and firearms, or simply go with the traditional physics trap. Players also get to select where these battles take place, there is a wide range of environment selections to choose from. The idea that players can select the realities they play in is not something you find on conventional VR games, and it also shows that a lot of work has gone into the production of this game.

The game’s environment is efficiently designed to allow the interactions to follow the rules of advanced physics mechanics. This feature gives the players strong confidence in their ability to interact with the game any way they would like, almost like a replica of real-world interactions they would love to have as well. With most VR games, there are usually limitations when it comes to game interactions, but Boneworks strips this to the barest minimum.

Those who have had the opportunity to play Boneworks have always talked about how intrigued they were at the hyper-realistic environment and objects in the game. The graphics are so realistic and allows the game to be taken a lot more seriously than its peer games.

The weapons arsenal that players have access to during the gameplay are unique because these games are physics-based weapons. They range from axes to guns, clubs, swords, experimental energy, spears, hammers, and anomalous physics weapons. They can all be used to combat foes that the players come across during their gameplay. These attributes makes things interesting because there is more than one way to kill the enemy, and players get to decide what this combination will be.

The characters are so accurate in their looks with the production team ensuring that these characters have full IK body systems that have been carefully constructed from the bottom up. This level of detail allows the characters to have a realistic looking body presence and makes them allow players to experience the best game immersion that exists today. The look of the game makes its interaction level an excellent milestone in VR gameplay.

The game’s story follows the shady operations of the Monogon Industries’ artificial intelligence operating system; MythOS. The story has a mysterious and unpredictable narrative that players who enjoy the mystery of wondering what happens next are bound to enjoy. 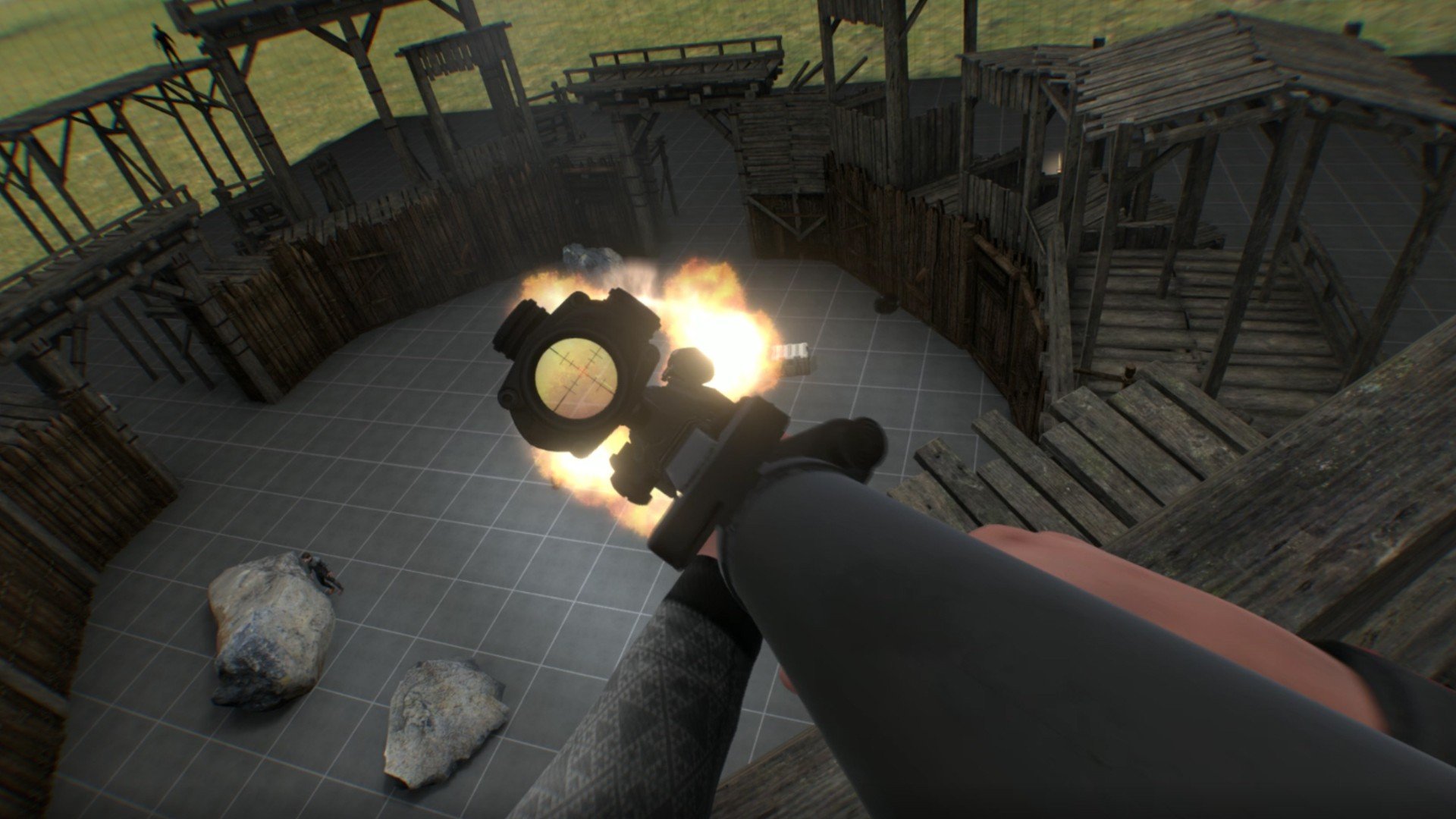 A lot of VR games have unrealistic interactions, a lot of players are probably not new to seeing things like having the hands of their avatar phase right through an object that’s right in front of them. The game treats its players’ avatars as physical objects that would easily collide with anything that’s in front of it. The game also significantly establishes the physics behind the mass of various objects, making heavy objects more difficult to carry than lighter objects. The game will not put players in any position where they can pick up an object they reach out to grab for any reason at all as they usually have in most games. 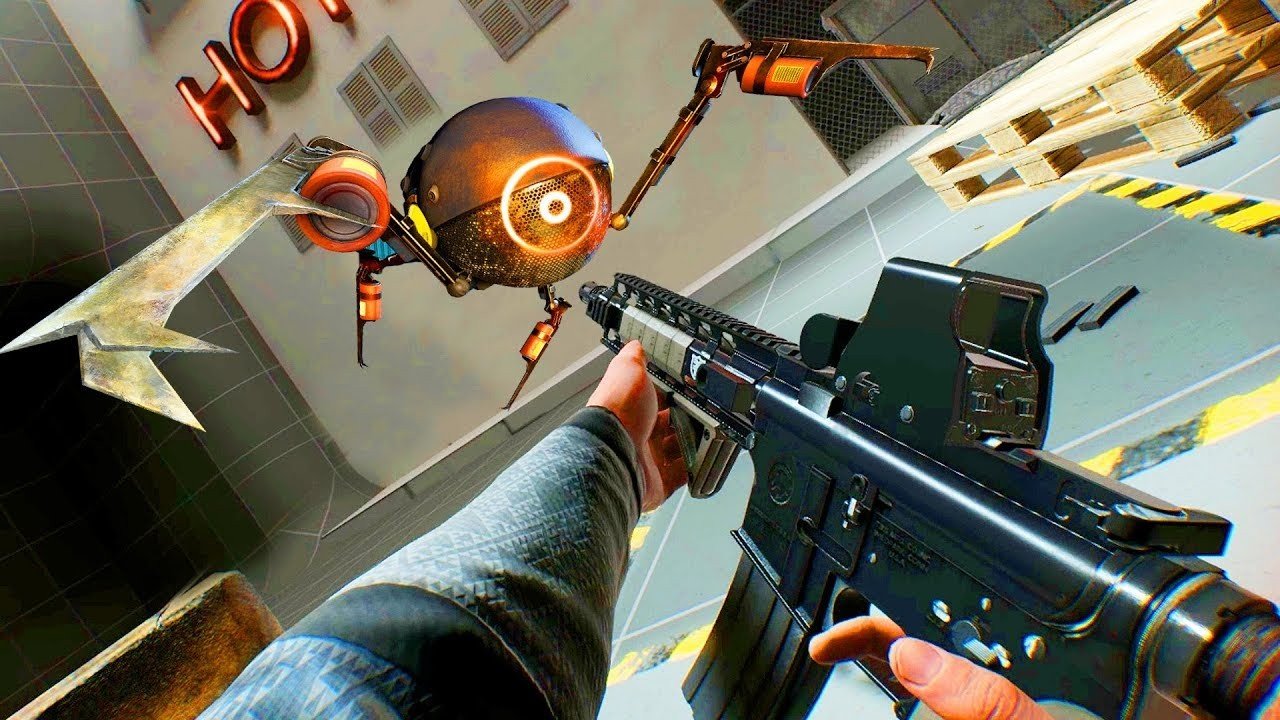 Boneworks is due to be released in 2019. However, there is no official release date for it yet. The main features rumored to come with it are puzzles, great combat, and a good story. Stress Level Zero is looking to launch the game on Rift, Vive, Windows VR and Knuckles. By implication, the game will be available on the HTC Vive Focus Plus that will be released in April as expected.