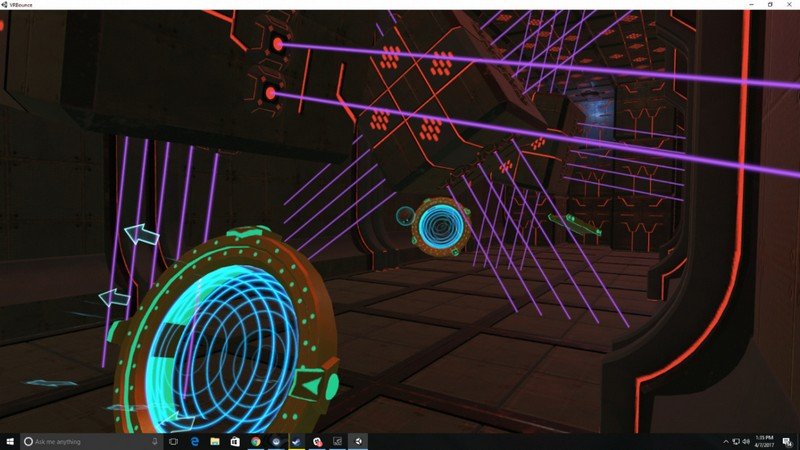 Released Aug 2017 3.4★
Bounce is a VR physics-based puzzle game for HTC Vive. Players are tasked with helping their playful robot companion, D1G-B, bounce, sling, shoot, and roll his way through an increasingly complex labyrinth of rooms on a galactic spaceship making his way to his final destination. 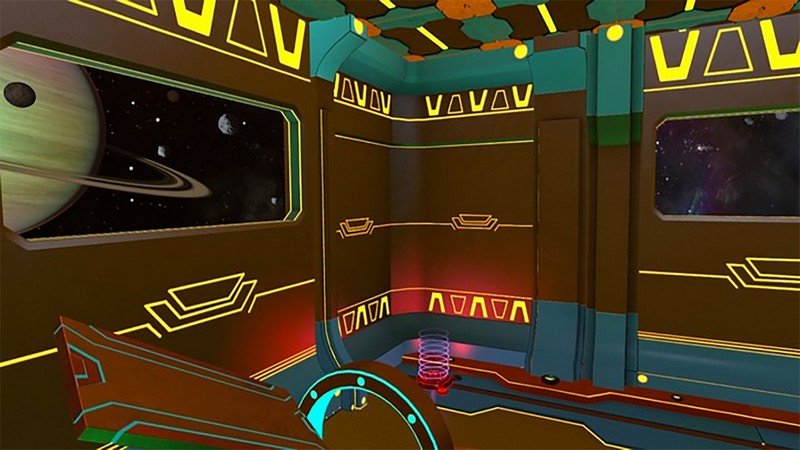 Greenlit
Jan 04, 2018
★★★★★
BOUNCE is one of those games that is really hard to gauge when you first look at it, but once you dive into it and see what it is really about, you’ll find yourself lost as you try to get the little robot from one teleporter to the other. It’s a fun puzzle game that has plenty of variety, and players will find themselves able to complete rooms in new ways almost every time they play.

but this is so relaxing and challenging at the same time, love it and it is one I would stick a noob into and just let them play…big thumbs up

Anthony Giovinazzo
Sep 15, 2017
★★★★★
only played the first 12 or so rooms but so far I’m loving it. you have to rude goldberg a ball from one side of the room to the other without it touching the floor or various other obstacles. tons of variety in how you place the objects to get it there

Pio
Mar 04, 2018
★★★
A puzzle game that really gets you thinking. I did lose interest after 2 hours playing though.

Stephen
Aug 15, 2018
★
The Vive subscription has a bug. I heard in a steam chat they patched it but as of 8-14-2018 it is suffering from a bug that doesn’t allow you to use any buttons and you’re stuck with no controls on Vive Pro.