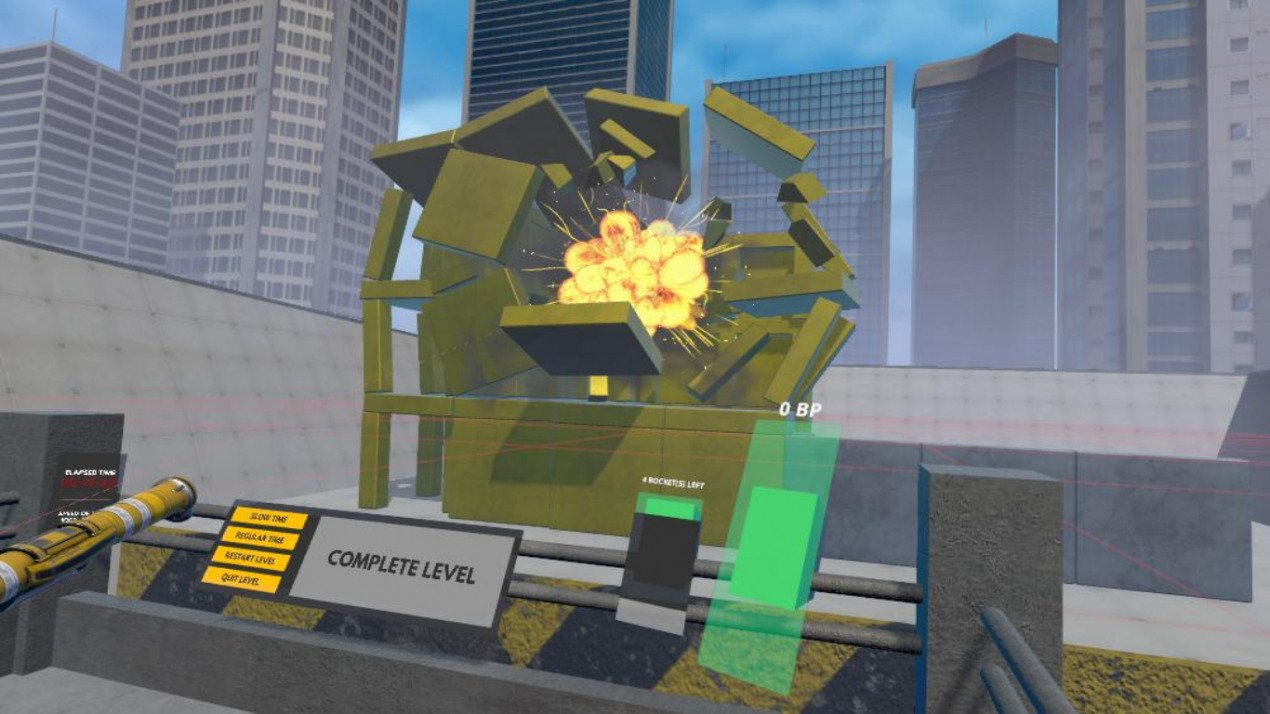 Released Oct 2019
Get ready to raze hell and become an explosives expert / demolition worker in MIRROR QUEEN’s latest game: BRING IT DOWN!

BRING IT DOWN! challenges the player to demolish structures given a limited supply of explosives. Your grasp on physics will be heavily disputed as you make your way through a variety of levels and weapons.

Your weapons of choice:

The CHARGE LAUNCHER is the quintessential razing tool, letting you set up explosives before detonating them in a single chain reaction. Gravity affects the charges more than any other type of ammo, so it’s important to aim a little higher than you normally would aim if you’re trying to aim accurately. Your charges can also bounce, so ricochet them off walls to get to hard to reach areas. 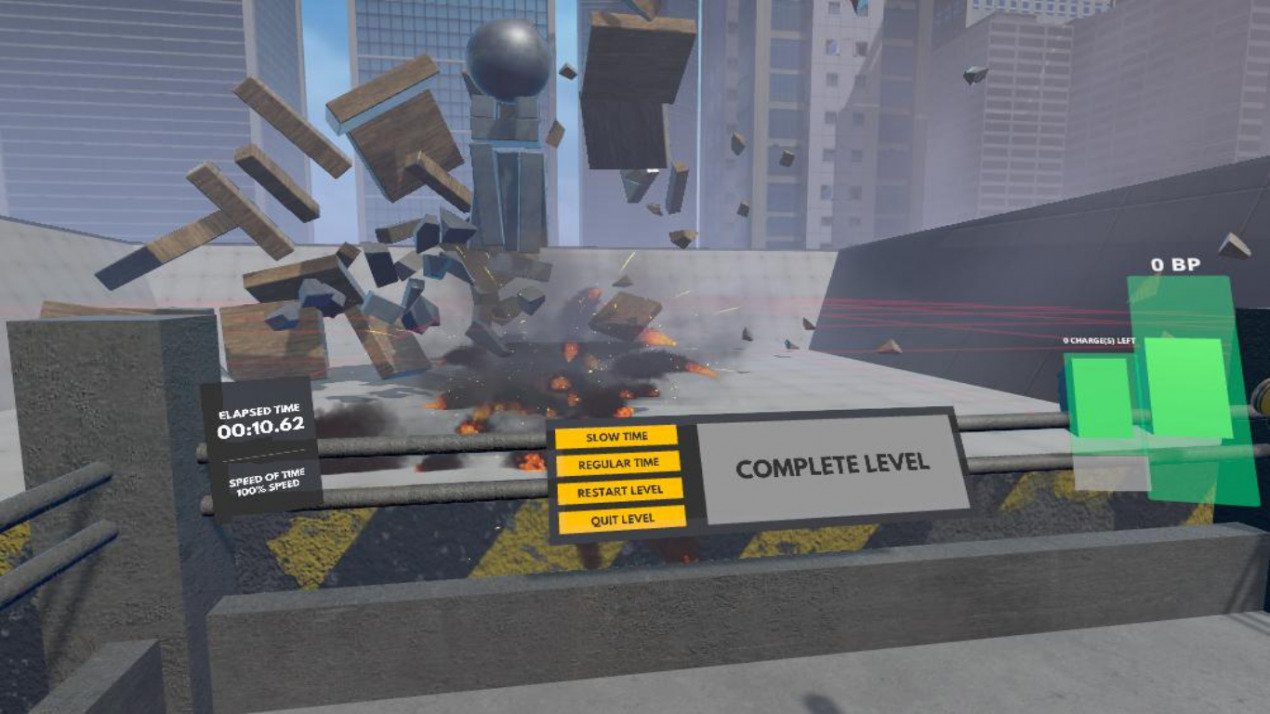 The HAND CANNON is a brute-force tool of destruction, capable of launching high-mass cannonballs at breakneck speeds. What it lacks in explosive power can be regained through its sheer force and quantity. Cannonballs have the increased power needed to knock obstacles out of the way and off the building platform for maximum bonus points.

The GUIDED BAZOOKA is a strange, but intensely accurate weapon capable of hitting buildings from any angle. Launch a rocket in the direction of your choosing then use the attached laser sight to guide the rocket to the place of detonation. Strategic users might even find that they can shoot the rocket beyond the structure then have it change course to attack from the rear.