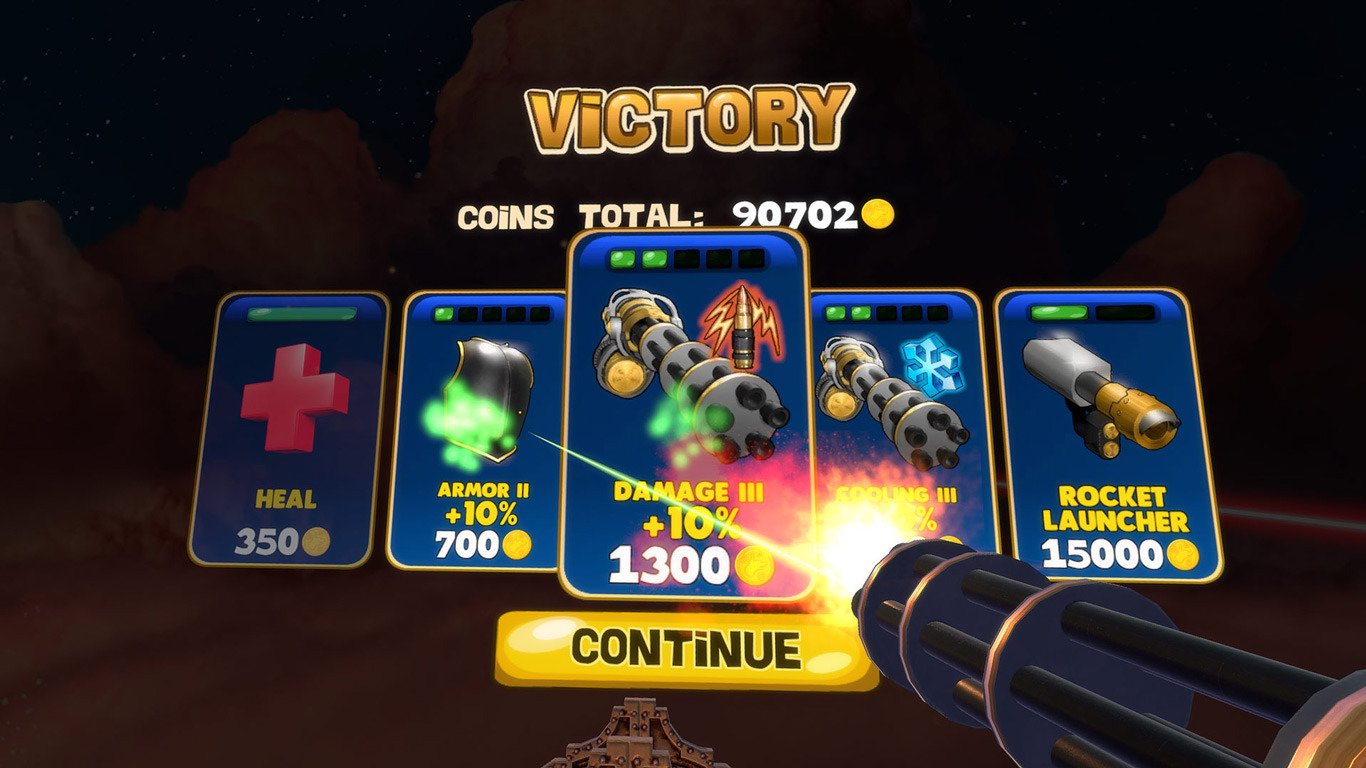 Description
Have you ever dreamt of being a brave captain of air battleship in a world of total cargo cult? Or shooting hordes of stone golems with a six-barreled gun and blowing up the armor of Flying Bombers with homing missiles? Do you dream of exciting veers between giant rocks and ancient mechanisms?

Shoot’n’Loot will give you all of these and even more! Cover yourself with a shield, fire with two hands, make a real Armageddon with a machine gun in one hand, shotgun in the other and piece of huge rock you have blown up! Unlock and upgrade all types of weapons including deadly Doom Rocket Launcher! Turn fragile schooner into a deadly machine of destruction carrying death, disruption… and lots of FUN! 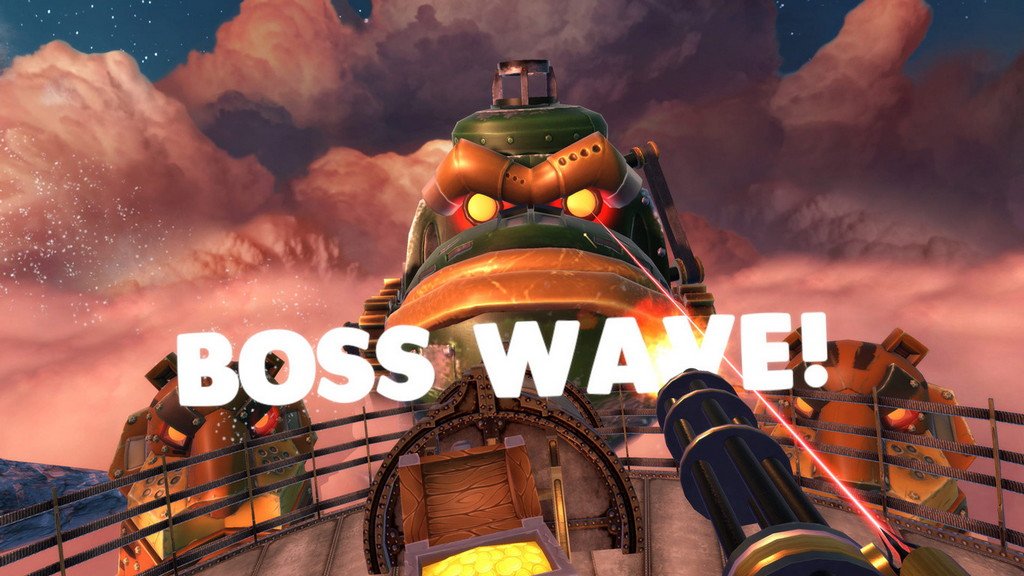 Hurricane Shoot’em Up + Virtual Reality = Unlimited Drive!
Turn left, blow up giant Doomcopter. Turn right, shoot tons of flying Bombers. Take a look forward – WOW! The titanic rock is falling right on your head! You have never felt such a deep experience before, but you can now!

Rush through the World of Giant Palms, Pirate Ships and Homing Missiles!
Enter the world of total cargo cult. The world that have been destroyed and have revived from ashes. The world full of ancient wooden mechanisms and stone golems worshipping them, beautiful palms and deadly homing missiles. Fancy place that will never make you stop being surprised!

Six-barreled Machine Guns with Grenade Launchers & Light Shields!
Upgrade my favourite six-barreled bronze Machine Gun? Or unlock destroy-them-all-style steam Rocket Launcher? Or maybe it’s better to use the shotgun in one hand and shield in the other one? You choose!

Decompose Giant Bosses with Might of your Weapon!
Battle against fast swarms of Iron Hornets, mad Kamikadze Ships, heavy and armored Doomcopters, merciless Missile Towers, and more. Don’t forget about giant and powerful BOSSES made from deadly parts forged into one crazy mind! Use all your tactical skills and reaction on 100%!
(also playable on Oculus Rift) 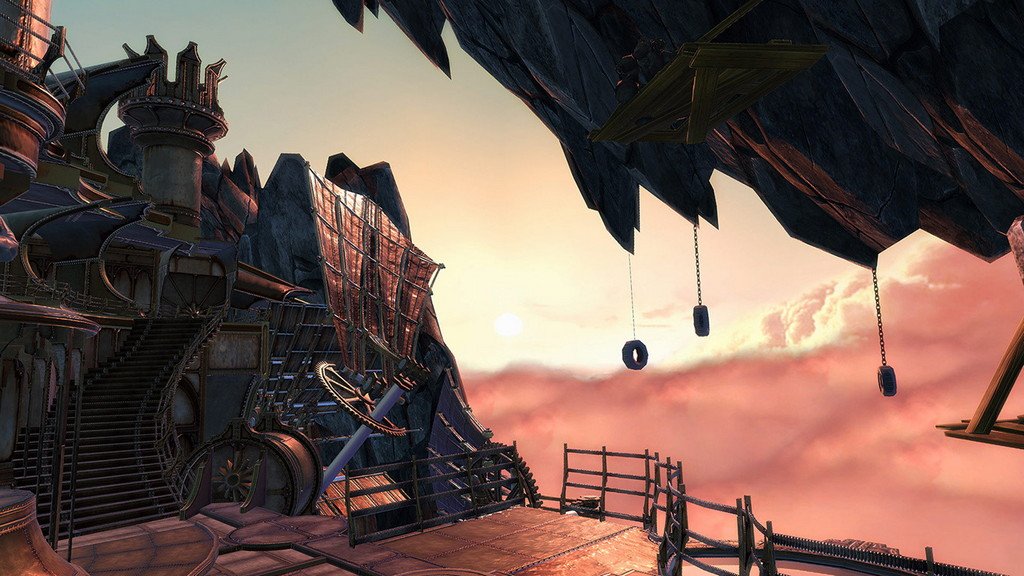 ★★★
I would love to give this game a better rating because it is fun and different, but it crashed several times and it is fairly short. I made it thru 30 waves in about an hour. There is no menu to change settings. It feels more like a long demo. Still it was a nice time spent. Felt like an old school arcade game in 3D.

This is one to pick up in the monthly subscription, but not to buy. It’s a standard wave shooter on rails and is actually pretty good for someone’s first try at VR, but it is missing core features like pause and options menus. The Vibrate on the chaingun (main weapon) is something I wanted to turn off because it seems like the vibrate is set to maximum and it drains my battery and is very loud. The “play again” button crashed the game for me every time too. Still the gameplay was good and the visuals were nice, you can enjoy about an hour of this game if you like it.