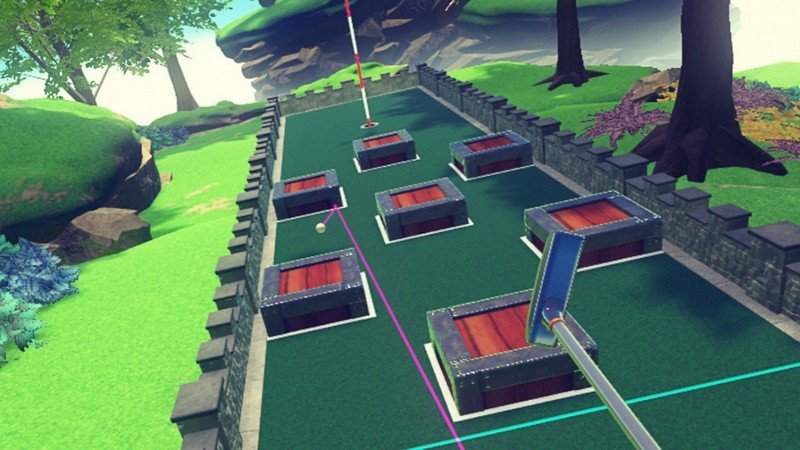 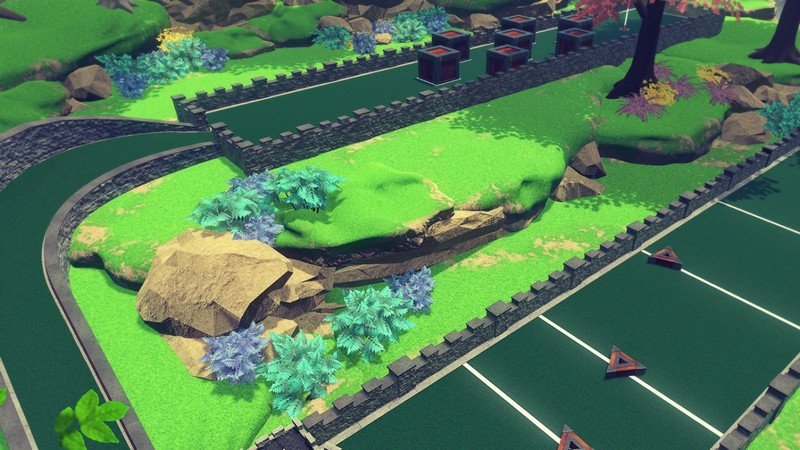 Local & Online Multiplayer: We offer both turn based local multiplayer (only 1 VR Headset required), and online multiplayer with friends through the network. There is also a spectator camera that players can enable so that all your friends and family sitting on the couch can participate in the action.

Course Editor: Bored of the existing holes and want to play some new ones? Build, share, and play other user created holes! Build in god mode and instantly play your course in real time. Lock your pieces to a grid or use complete free form to create some ridiculous holes never before seen or played before.
(also playable on Oculus Rift) 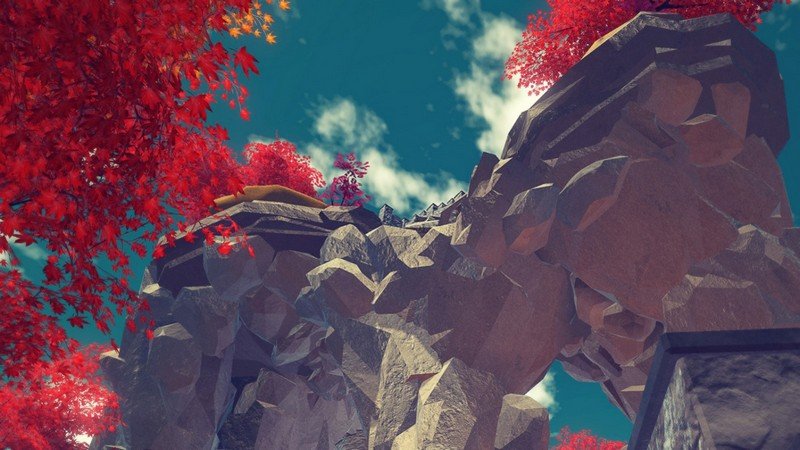 Mike
Feb 07, 2019
★★★★★
After playing this game for a few hours and seeing the ratings below, I feel a lot of users needed to give the game more time, because it’s absolutely excellent.

First off, this game only needs one controller. Only play with your dominant hand and set the other controller down.

Secondly, lots of people are mentioning that there are only 18 holes in the main game and that’s it. While that’s true, the main 18 hole course is not what shines in this game. What is truly amazing and polished is the level editor and the ability to search, play, and rate new user-created courses. I was playing for hours just trying out new courses, and users get incredibly creative.

With that said, this is probably the first game on Viveport subscription that I think I’ll buy. Lots of fun and tons of replay value. Plus it’s great for a cheap date night with the mrs 🙂

FI_lthrn_1958
Jan 06, 2018
★★★★★
This game is awesome! My kids just love this!
Excellent minigolf implementation, nice courses that you can’t imagine in the real world. Some of them are really nasty, difficult ones. Some of them suits just fine for me.
Graphics are great, no lagging or any problems (low poly). Background music is relaxing. Easy-to-use, intuitive controls

Cloudlands, Keep up the good work:)

Jason
Jun 08, 2017
★★★★
Fun game, my younger son absolutely loved it. Its a great tool to introduce VR to people with something they are used to doing.

Jefferson
May 24, 2018
★★★
It was pretty fun for a viveport subscription, but I wouldn’t want to pay $20 to own this. It works well and the courses are pretty fun once or twice but that’s about it.

Ben
Apr 18, 2017
★★★
Fun game overall. Most courses are fun. Some courses are too simple, and some are just boring and/or frustrating. Would like more variety in the types of obstacles, and the music. My neck starts to hurt from looking down so much, but I guess that’s to be expected from a game like this. The game doesn’t seem to connect to Steam even if it is open, which means it is probably better to buy it on Steam instead.

Faceless Nothing
Mar 23, 2018
★★★
A half decent game. Could use some improvements in the graphics department, but it seems to be free of bugs which is great. I think it would have been funner if the golf club was held by both controllers. As it is currently, I wouldn’t pay $20 for it, but maybe sometime after a few updates come out.