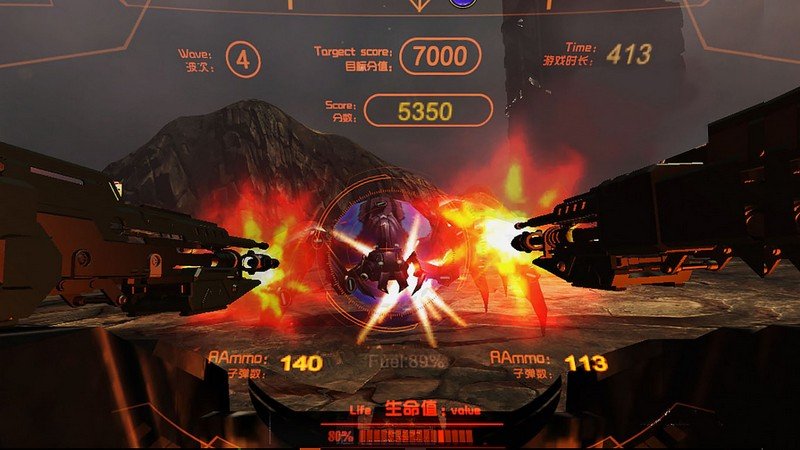 Released Mar 2018
This game is a VR First-person shooting game developed for the HTC VIVE helmet. The game describes that a future Mech Warrior (first person, conqueror), in order to recapture the territories occupied by extraterrestrial invaders,uses his guns to battle with alien robots and eventually conquer aliens. 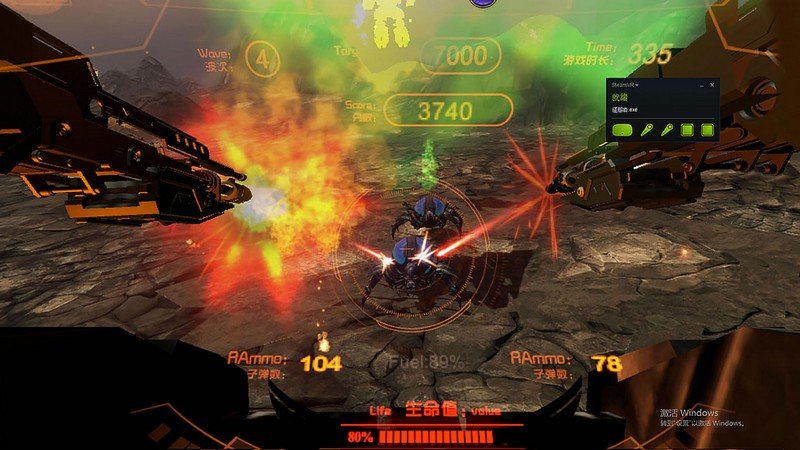 In this game, the first-perspective conqueror needs to continuously look for opportunities to pick up energy packages to supplement his health points to sustain his life in a fierce gun battle and earn score by destroying the robots; The shooting of the first perspective conqueror’s weapon is controlled by the trigger on the HTC VIVE handle. The movement is controlled by the touchpad on the handle. The game is divided into “moving mode”, “fixed point mode” and “Light Saber Mode” 3 parts. In “moving mode”, players use touchpad to control the conqueror move around. In “fixed point mode”, players use touchpad to control the conqueror to rise and down. In “light Saber Mode “, the conqueror needs to wave the light saber to resist the robotic-launched missiles to protect the supply base and get score.

The entire game is very easy to play. The intense shooting and strong three-dimensional sense make users get a good game experience.