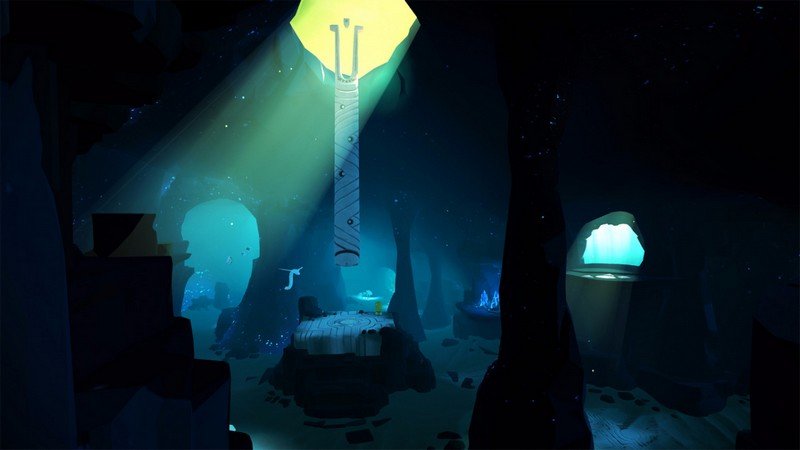 Zekail
Dec 19, 2017
★★★★★
Superb game, everything is amazingly detailed the music is outstanding and the gameplay is fantastic. Love how your buddy bot waves back to you!

Luke
Dec 01, 2017
★★★★★
There is a wonderful balance between living a power fantasy and being the underdog in this game. I would argue that there is no one way to play this game; it has depth, it has difficulty, and it puts the fun in funky.

Corey
Nov 07, 2017
★★★★★
The tutorial is necessary as much as it is lacking in teaching you what you need to know. Once you get it figured out though, you will be hooked! It’c a fantastic take on VR RTS and I highly suggest giving it a try.

Eric
Aug 19, 2017
★★★★★
Little tricky to pick up on at first, but it’s super amazing. Worldbuilding is fantastic, graphics are some of the best I’ve seen yet, and it has some great strategic gameplay.
Make sure to do the tutorial first!

Eric
May 06, 2019
★★★★★
While this game doesn’t have a ton of strategic depth, the learning curve is very fun and the physical activity involved with it are surprisingly high. The thing that Cosmic Trip really has going for it compared to other “real time strategies” that are executed in VR is that it actually makes sense as a VR game. This is extremely rare from what I’ve observed; the market in this regard seems oversaturated with traditional real time strategy games where wearing a helmet mounted display is just a camera on top of some sort of playing field, where the user might use their controllers as they would a desktop PC mouse. Most of Cosmic Trip’s gameplay, on the other hand, is built directly upon the unique capabilities and values of virtual reality as a game platform. This comes together to form a cohesive and pretty experience.
Notably, the experience of Cosmic Trip is extremely short; a shame.

Seth
Apr 21, 2019
★★★★★
4X style RTS where you capture points in a network and setup new bases. Whats great is that instead of just moving units you yoursef can attack things and effect the world.
Animations are very fluid, fun “gadgety” interactions with the ui and world are extremely well done. Great art direction that’s sleek and stylized and just great to look at.
An immersive experience with high replay value. 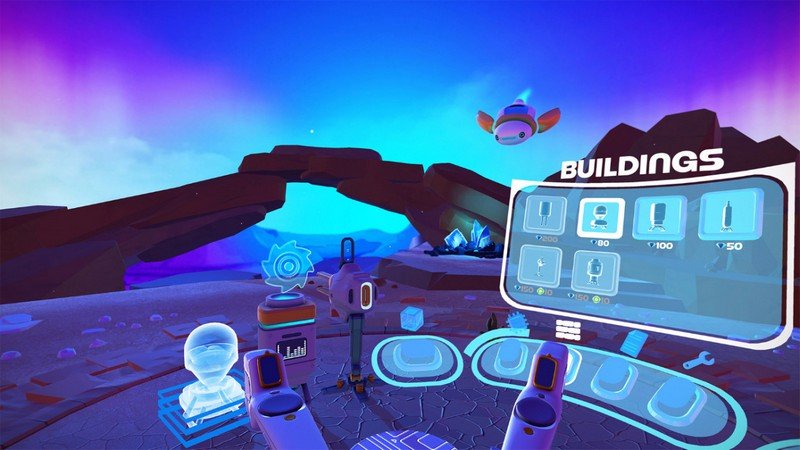 Greenlit
Jan 25, 2018
★★★★
Cosmic Trip is a fantastic game for VR lovers, and it shows that while traditional RTS might be a bit too complex for virtual reality, there is still a place for games that draw inspiration from the best that the genre has to offer. On top of that, it also shows that you don’t have to serve up a first-person shooter experience to make players feel like they are a part of the world and the environment that they explore.

SoM Lord Terresius
Nov 29, 2017
★★★★
The good
Very fun, i do love the interaction with the bot very intuitive.
Costumisable Skirmish
Loot of unit and Deep gameplay.

The Bad
No narrative, but it’s not that bad. The world map is a little hard to use.

The Worst
Doesn’t fit with every Room Scale, i punch 2 time my monitor and 1 time My TV because some object was out of reach.

I really do like this kind of game, just need a little tweeking for smaller room scale.

Jay
Jul 06, 2019
★★★★
Not going to lie, I was pretty confused my first time trying to play this probably because I skimmed thru the beginning. Not as easy to just pick up but after a while you get used to controls and switching back and forth/managing. Graphics are great imo. I still have a hard time with the map and navigation, it doesn’t seem intuitive for me??

corporatezombie
Jun 04, 2019
★★★★
Ok, the tutorial is clunky/buggy. If you are on Rift it tells you to move the sticks to move the camera, which doesn’t work, so ignore that! Stand up, turn your body, and pick up that triangle on the floor using trigger! AFTER that false start, you can get on with the tutorial proper. Controls of your bots is clunky at first because it’s unclear that you have to move your controller into the map until the cursor changes shape before you can select your bots. BUT if you get over these niggles, then the game is pretty fun!
I’m still not sure what buildings I have to make to unlock stuff on the tech tree, but I guess that is some trial and error and also letting your crystal money and ‘enemy robot souls?!?’ build up.
I’ve played a couple of hours now, and the game gets tricky because you have to take territory to secure more crystals for mining once yours run out.
Overall, its a fun game!

penguinjones85
Oct 20, 2018
★★★
This is a really cool game, but it has a few problems. The movement is the worst. Once you figure out what direction you want to go, you have to find the corresponding floor tile, drag it up to open a portal then physically move through it. This makes going distance a huge pain and very clunky and slow. The tutorial is almost useless. It doesn’t really tell you HOW to play the game. Just a few minor things, then throws you in. you learn in a straight line of a map, then when you play, its this gargantuan thing with paths everywhere. It needs some kind of easier level designs. It’s a really neat game, and has some cool ideas. It just doesn’t explain much and suffers from terrible movement.

Kayzar
Jan 11, 2018
★★★
Needs some serious help. It suffers in smaller rooms (sticking your head through teleporters hoping you don’t hit something is a pain…). The map and controls are a bit clunky, as is travelling long distances and commanding your bots (especially just a select amount of a certain type).

The tutorial is abyssmal and the “main” strategy mode is incredibly difficult, the enemy eventually scales up so high that there’s no way to beat them, just bleed slowly. I imagine the “true” way to win is to push really quickly… which takes away most of the fun. And then “Chill” mode is just far too easy. There’s no middle ground. There’s not much variety to things. And it’s real annoying when your base gets cramped with a million structures because your play area is so small you can’t place things further or stack any objects.

Magnus
Jun 06, 2018
★★
The game works well enough technically, but I don’t find the gameplay any fun. It’s very simplistic, but very hard to do well, which to me is just infuriating. Might work better for someone else, but this is not a game for me.

dustypolandy
Jan 12, 2018
★★
Game Crashed,
did a windows update now game wont work. You can’t leave the ship. After you select a mission everything just goes white, then nothing