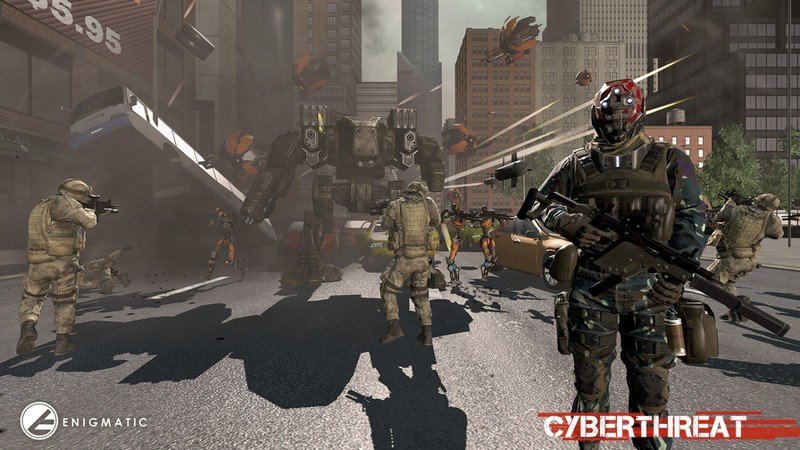 Released Dec 2016 3.2★
Steel yourself for fast-paced, adrenaline-driving action as you battle alongside your human allies to defeat a vast army of of robotic opponents across a 12-block urban landscape.

A rogue AI has broken loose and threatens to spread globally. The hard lines have been cut. An EM blanket has been lowered, but the AI is building a force to break out. You are a veteran of the elite Cyber Threat Task Force. Your mission: take it down.

The Experience
CyberThreat is designed from the ground-up for room-scale virtual reality systems like the HTC Vive. Massive battle scenes with dozens of opponents provide an unparalleled experience. Use a range of weapons to engage your enemies and slow down time, dodging around bullets and enemies in a Matrix-like engagement. Move freely about the city via blink teleportation or touchpad navigation from ground level to rooftop and beyond; seek cover and engage your foes. 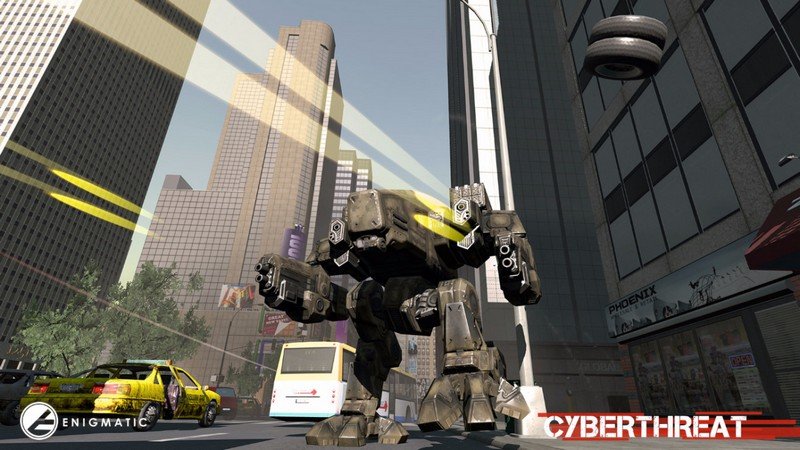 Greenlit
Mar 20, 2018
★★★★
As an open world shooter with its own living ecosystem, CyberThreat stands in a class of its own in the high-octane action-shooter genre. With multiple modes and tons of destructible environments, fans of games that are just as much about total destruction as they are about taking out waves of enemies will have a field day with CyberThreat. It’s unique blend of on-foot and in-the-air combat also set it apart from most other shooters in the space, and it’ll leave you very little time to slow down and breathe in between the ballet of bullets that awaits you at every corner.

lightpower26
Aug 10, 2017
★★★★
I play VR on a lower-end GPU (960m)… most of the time I don’t have issues, but this game had lagging issues whenever flying. I had to put it on the lowest graphics setting which barely allowed me to see anything.

With my crap GPU out of the way, this game is pretty fun! Played it a few times but then eventually stopped.

ManfromtheRedRiver
Jun 25, 2019
★★
Seems like there is a foundation laid for a good game here that was never finished. The city feels empty. At the end of each mission you have to run around tediously trying to find the last enemy or two. Walking motion is really just short, choppy teleports. For some reason the player has sci-fi type weapons (that honesty look more like kids toys rather than actually cool weapons), but is fighting alongside generic military personel with camo uniforms and modern guns. There is no story and no feeling of cohesion to any of it.