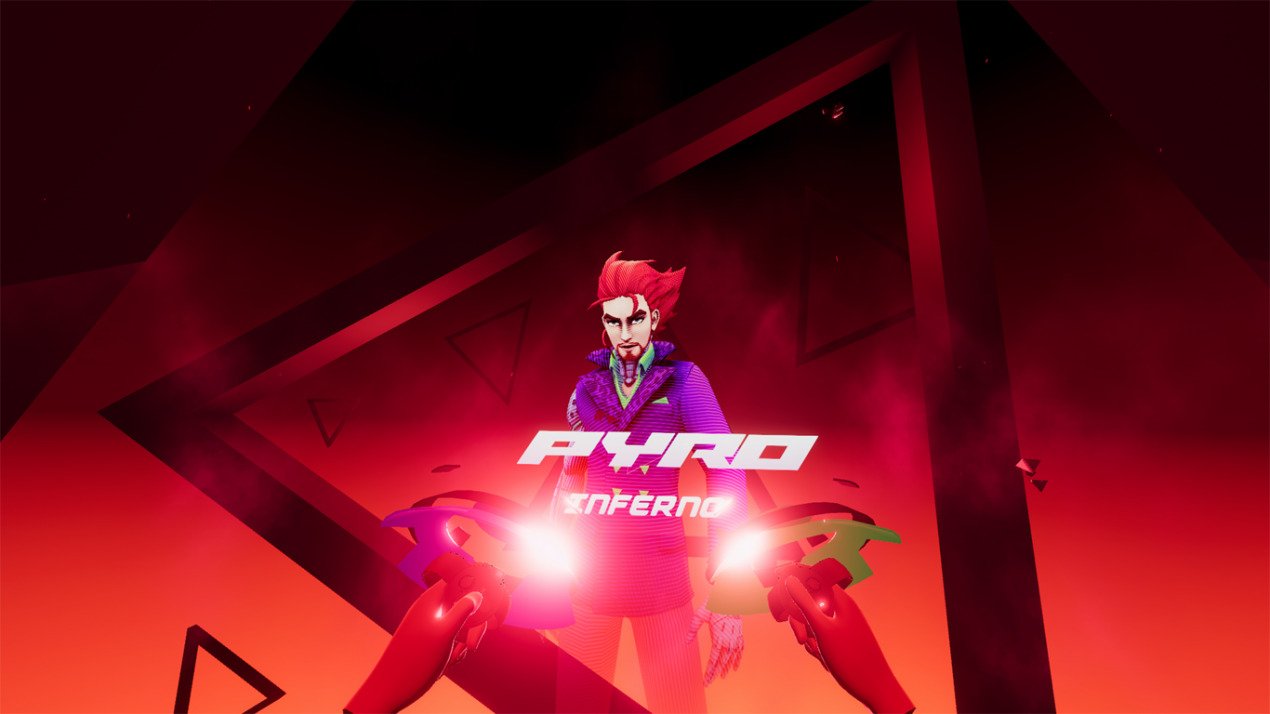 Released Nov 2018 4.3★
It’s your time to become a dance master and take down Uriel!
Battle 9 of the best dancers from around the globe and compete on global leaderboards. Featuring 45 Songs by F-777 and a VR dance editor. Dance Collider is the ultimate dance and rhythm game. 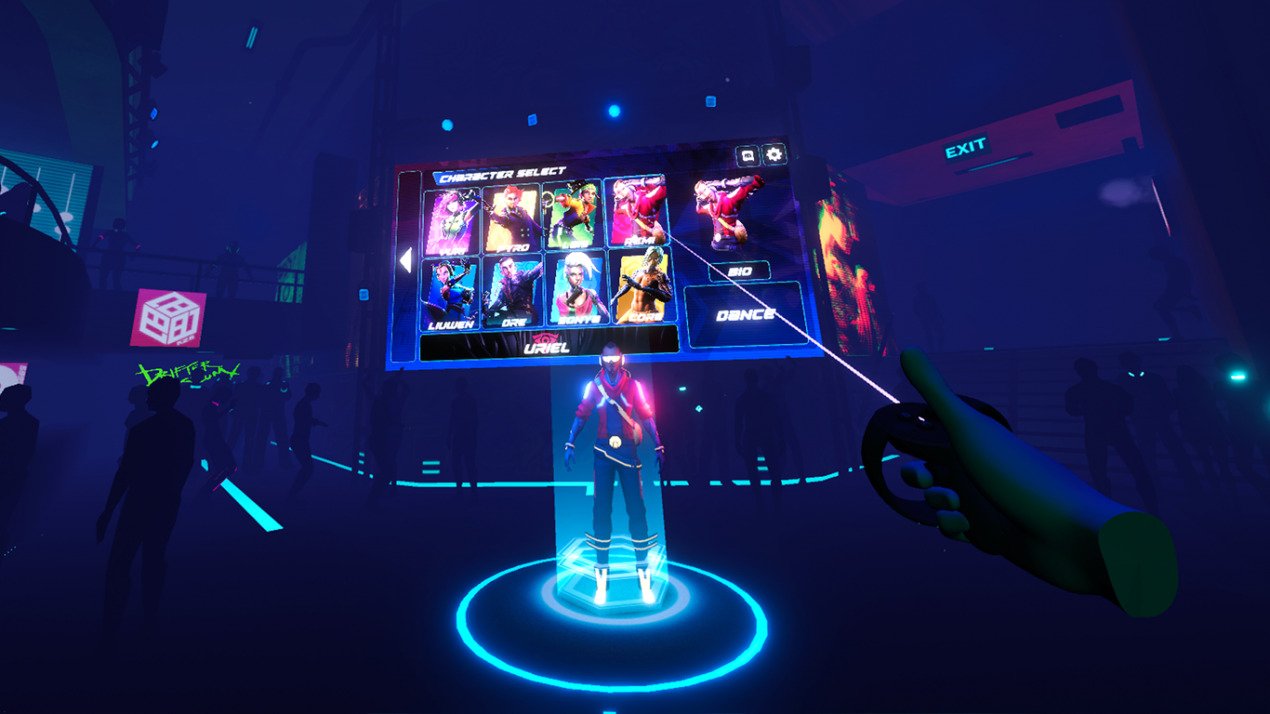 – Dance-off against 9 unique characters each with their own music and dance style
– 45 dance battles in easy, normal and pro difficulties
– New VR Song Editor to create dances to any song
– 8 futuristic arenas with vibrant light-shows
– Move to the music and compete on the global leaderboards
(also playable on Oculus Rift)

I have played this dance game for ages and it’s still the best game that I play.
The scenery is breathtaking.
The audio and graphics are very natural so you forget that you’re playing a game.
There is so much to do in this game that I want to play it every day.
All my friends agree that this is the best game we have ever played.

Cons:
•None, it’s a perfect game

Conclusion:
This is the best game I have ever played and I can’t fault it

Philipp
Oct 26, 2019
★★★★★
It is a good game. Get it. Dance Collider is still the best music game on Viveport. It is amazing if you can feel the music although some songs are better than others, because the beats feel more connected to the music. This is what I love about music games.

Additionally I want to criticize unclear beats. I don’t like when you don’t know where they will land, because they are coming from super above or just wiggle in front of you like forever. I get the idea of adding variety. But it makes it unfair imho…

And some songs sound too similar. I’d recommend to mix your rivals and not play them one after the other. But it is an intense game. It really makes you move.

Nandi
Dec 01, 2018
★★★★
Very fun and sweaty!
Really forces you to dance.
Since it is early access some aspects will need to improve:
– We can only hear when we miss an object – not when we hit one.
– The signage-system displaying from which direction the next inbound is coming from is in pale gray when the rest comes in glowing neon so it is invisible until it is too late – a contrasting colour would be VERY helpful and reasonable here.
-The music is very basic and has no edge – which makes it fine for a few rounds against each avatar but none of these songs will become a favourite tune of yours.
-I had to restart my computer twice as something started lagging – unclear if it is related to the game or something in my room but I think it is in the game.
– It would be cool if the avatar or if the avatar did appear to actually battle you – perhaps in both gigant scale as well as in your own.

Samuel
Dec 19, 2018
★★
I think if this game had come out before beatsaber I would be giving it a much better score, but when I am playing a game, and the entire I am wondering why I am not playing a much better game, that is usually a very bad sign.
it felt unresposive, and didn’t give a feel of dancing, which it absolutely needed to have. This might change if you get really good at the game, but if thats a requirement I would consider that a fail in design

BODYPRINT
Dec 23, 2018
★★
Looks pretty and I like the dancers but I there is no actual dancing involved. The accuracy of the hits is off. The timing of the hits is off slightly.
I don’t have BeatSaber to compare this to but AudioShield does a much better job of this genre.
Will try again in 6 months and see if it’s any better.

martin
Jun 24, 2019
★
for some reason the left sensor keeps losing tracking and gets stuck in place the right side is alright. they are new batteries in there so I know its not that. anyone else has this problem, playing on rift s