Released Oct 2016 3.4★
Warning: This VR title contains a rollercoaster ride and the high-speed twists and turns of the ride will likely induce nausea even in experienced VR users.

Rollercoaster ride tuned to music in desert mines and canyons! 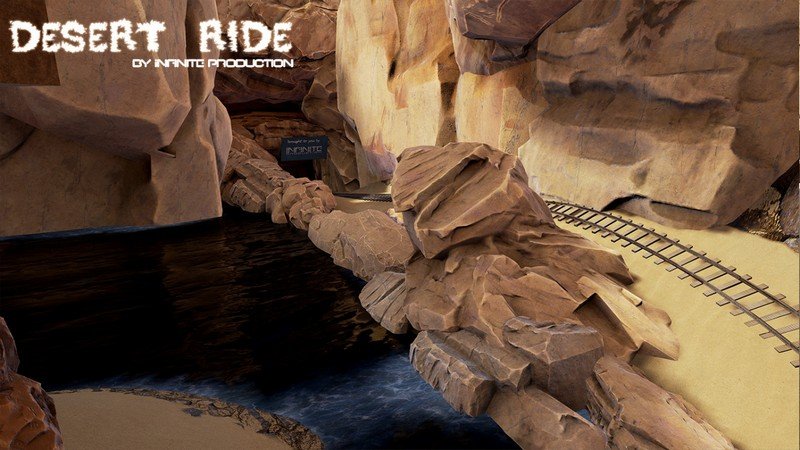 Martin
Feb 06, 2018
★★★★★
Great, but too short 🙂 It’s amazing, that our brain compute the rest of feelings that are associated with this type of ride like the stomic weaknes :))

Syn
Mar 31, 2017
★★★★★
Nice rollercoaster experience!
This is my showcase game for every one who tries my VIVE for the first time.

Lasts about 40 seconds for the entire ride. Would be great to see a sequel that lasts longer, even if paid for.

Brilliant scenery, no lag or glitching, worth 5* as it is free and a job well done to the Developer(s).

Kim
Dec 12, 2016
★★★★★
A short but intense ride. Incredible how ones sight can fool the brain into the sensation of really being there… Try it, it’s free.

Torley
Apr 18, 2017
★★★★
Great tempo changes with the music that makes you anticipate each section. Short ride, does some things they aren’t allowed to do in real-life coasters, thus highlighting VR’s potential. Hope to see more rides, keep up the good work!

Martin
Feb 10, 2017
★★★★
I don’t like roller coasters but that was great! I thought as realistic as it could be without more hardware. I had that real roller coaster feeling twice, I wish it was a longer ride and built up to the big stuff for a lot longer, going through some scenery. I rode it about four times and was surprised when I got done to see the app crashed on my desktop and a firewall warning. Maybe it won’t crash next time. I’m not sure firewall warning was from this game because I played a couple other things while I had the headset on. They all seemed to work OK. Anyway, as for this game, I say MORE MORE MORE!

James Hazell
Jan 06, 2017
★★★★
I personally really like this, it’s a good arcadey style roller coaster ride sim like the ones you get in the actual arcades that moves the chair around and blows air in your face…Short, but free, so I don’t see the reason for any complaints. I use it a lot to introduce my friends to VR who have never used it, entry level experience.

Kieran
Jan 02, 2018
★★★
it’s pretty neat, its really motion sickness enducing obv, only issue is it doesn’t auto exit when i go back to the steam vr thing, so it kept running in the background and caused my entire computer to crash. if they fixed that it’d be a fine rollercoaster sym thing

Blackbox
Dec 31, 2016
★★★
Made me sick all night and I didn’t even finish the ride. I’ve gone on several real life roller coaster rides that never made me feel like this video did.

Looks OK. Not as high of resolution as I thought.

Jonathan
Oct 31, 2016
★★★
Nice ride coaster with fluid movements so no motion sickness.
Too bad I couldn’t get it to work properly, being that I was floating a good distance above the cart/body I was supposed to be in which made some portions of the track go through ceilings.

Alexa
Jan 28, 2018
★★
It is EXTREMELY short, would not reccomend if you want to have a longer experence. Legend Coasters is a very good experence tho.

Twisted Daylight
Nov 06, 2017
★
The presentation, starting area and Track are good.
The speed changes are way to sudden. It feels unnatural, breaks immersion and can cause VR-sickness.

Robert
Sep 27, 2017
★
Experience was way too short.
Lacks environmental audio. (There’s only an audio track).
Ride itself is too fast.
Not scenic at all, just a bunch of up/down.

Craig
Dec 02, 2016
★
Puts you about 6 feet above the car, seems to alt-tab out of it so you have to go back to your pc and click on it to get any sound. When you try and quit the whole thing crashes and tries to give you an epileptic fit. Dont bother with this.