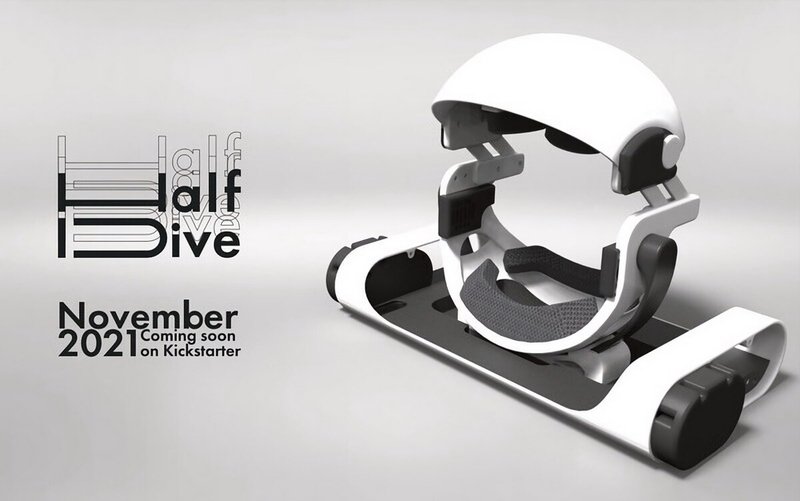 Japanese startup Diver-X has announced the HalfDive VR headset, which is designed for use while lying down. The information appeared on the official website of the product.

The device is a VR module with hand and foot controllers. The helmet has lenses that provide a viewing angle of 134 degrees, four stereo speakers, and several vibration motors for transmitting tactile sensations such as banging and shooting. In addition, two fans can be attached to the device to improve immersion.

The developers plan to raise funds for the production of the headset on the Kickstarter crowdfunding platform. The basic version of HalfDive will cost $ 800, and a kit with a full set of controllers will cost $ 1200. The version with varifocal lenses will sell for $ 4000.

Kei is a student at Columbia University. He won the Appliaction Koushien, Unity Inter-High Gold Award, and received the Information Processing Education Committee Chairman’s Award at the National Conference of Information Processing Society of Japan for his research on algorithms in video games. He has been certified as a scholar of the Masayoshi Son Scholarship Foundation, and is focusing on VR driver development at Diver-X.