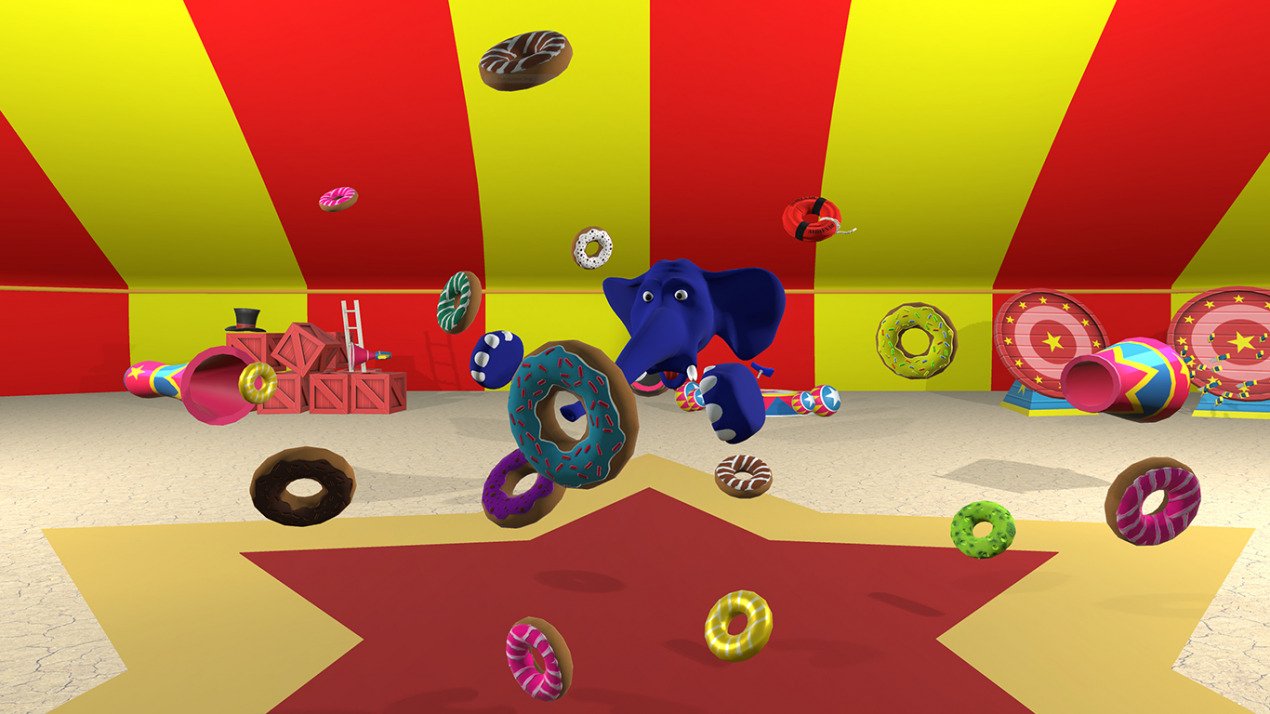 Released Dec 2017
Ever wanted to be an Elephant and catch donuts on your trunk?? Of course you have and now YOU CAN!!

Donut Distraction is the great party-fun game for all ages that puts you in the shoes of an Elephant with a crazy trunk in zero gravity with a variety of mad games to play!!