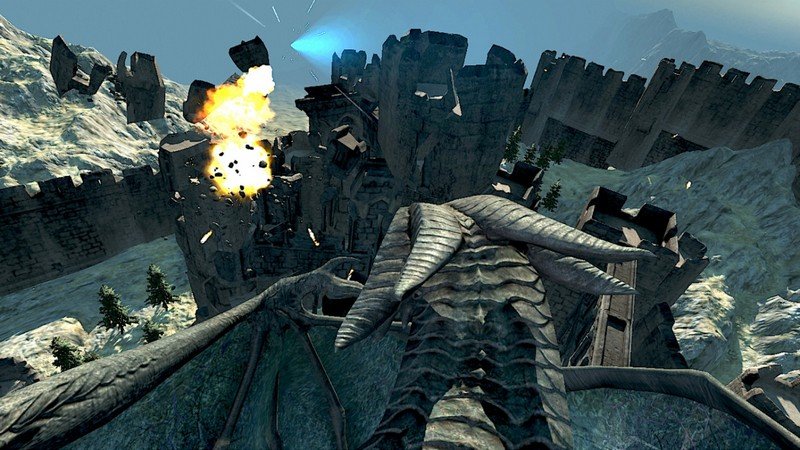 Released Jul 2017 2.6★
Produced by the academy award winning cinematic CGI masters behind The Matrix, Life of Pi, Hunger Games, Harry Potter, Zootopia, Snow White & the Huntsman. Feel the thrill of riding on your very own dragon in virtual reality.

Dragonflight VR is a multi-level VR experience featuring massive, destructible environments, fast-paced combat with enemy dragons swarming the skies around you, ancient castles teeming with archers, and lost wizard towers shrouded in mist. Ride your dragon over mountainous countryside, through showers of flaming arrows, and then deep into canyons where huge dragons rule. The only way to get a more realistic feeling of riding a dragon than Dragonflight VR would be to breed one!
(also playable on Oculus Rift)

Gene
Jan 01, 2018
★★★
Two things – My grand-daughter loves this because she doesn’t have to think about where to fly the dragon… she just shoots … If you had two modes, one where you direct the dragon, and the second as it exists currently then it would gain an extra star. I would like to see real “mounted” flight control with left hand where you could aim with right hand … 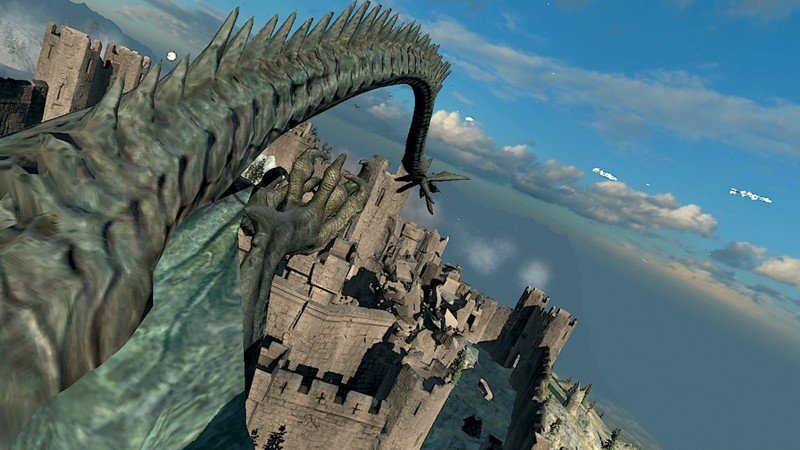 Steve
Sep 28, 2018
★★★★
I enjoyed the experience of flying around on a dragon shooting down castles and other dragons. The actual flight is linear and you do not control the dragon, but you aim and shoot at things passing by. Last around 5 minutes per run.

If you enjoy shooting at things and trying to beat previous high scores, then this is recommended!

Anthony
Aug 26, 2018
★★
Put simply, it’s riding on the back of a dragon as it takes a predetermined flight around an ancient realm, whilst trying to cause as much destruction as you can muster to man-made structures and other dragons to earn maximum points by the end of the run. Nice graphics, but not so engaging that I wanted to have a second go. No instructions except for point and fire. Had to figure out I couldn’t direct the dragons flightpath and didn’t know if my dragon was taking damage or not?
Glad I only tried it out in subscription…

Sparkle
Oct 13, 2017
★
I’m sorry, but you don’t get to claim that your game provides a realistic feeling of flying a dragon when the entire flight path is on rails and you can’t control anything about where you fly. The only thing you can control in the game is where you aim, and even that is wonky.

Try being honest about what your game play is like, and maybe you won’t have disappointed reviewers giving you one star.