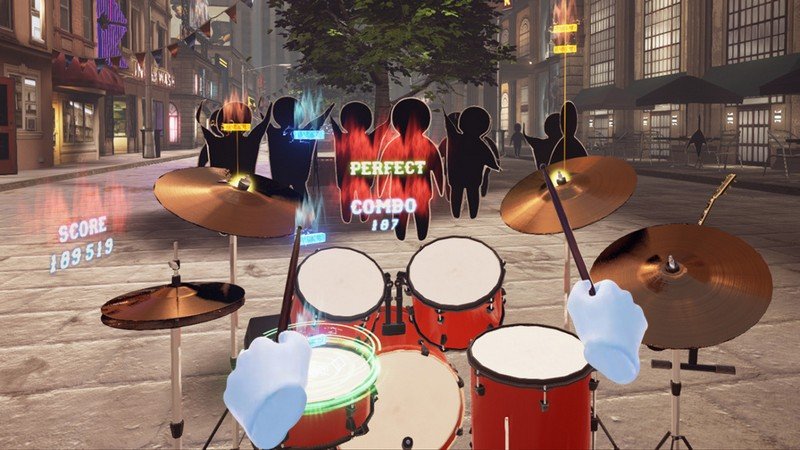 Released Aug 2017 2.9★
Drummer Talent VR is a drum play simulation VR music game. Players use VR controllers to hit on virtual drums and cymbals. In Drummer Talent VR, you can select your favorite stage and song to play. Before you challenge a Hard Mode song, you’d better get familiar with the rhythm of the song in Easy Mode. So far, all the music is created manually in our studio to keep the quality of gameplay the highest possible, but we may in the future also offer the player a music generating ability to create their own scores both in their own game and for other players. 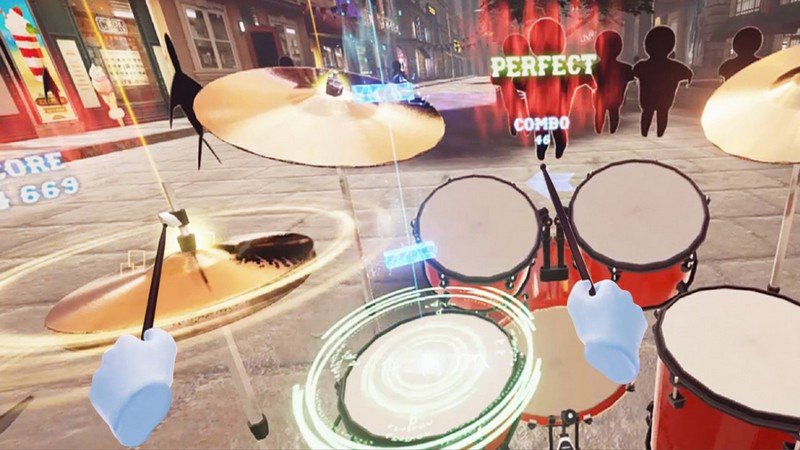 Wayne
Jun 24, 2018
★★★★★
Excellent fun and addictive. This game has inpired me to try learn to play the drums. Great example of what VR technology can do as a teaching aid in the future. Note that you can quickly reach a barrier on hardest levels, because of the need for foot pedals.

Martin
Oct 17, 2017
★★★★★
I have played drums since the 5th grade and played in bands at 13 and traveled alot. I really like this and has excellent sounds. It is challenging even as a drummer but wanted to tell you all. 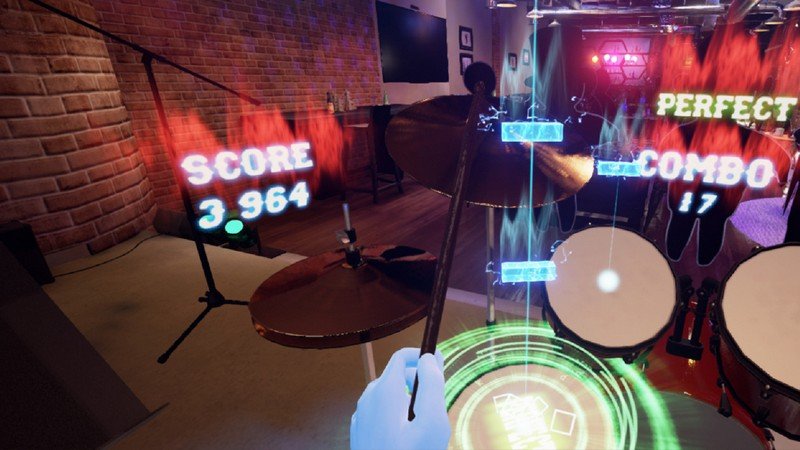 Lee
Apr 08, 2019
★★★★★
Brilliant game has a few tiny issues which most VR games do but this has the potential to be immense.
Hopefully an update will see more songs added maybe some actual songs from bands.

If you love drumming then this game is definatly for you

Greenlit
Mar 08, 2018
★★★★
Whether you’re a novice drummer or a seasoned pro, Drummer Talent VR is a great place to hone your rhythm skills to bring down the house without actually bringing down the house. Your neighbors will thank you, and who knows… after a few weeks of practicing on the virtual stage, maybe you’ll be ready to hit the real stage before long!

セクフロー
Mar 16, 2018
★★★★
The game is pretty cool, but could a bit of rework in my opinion
There is a few things that I wish are different
1- I would love it if the ‘blocks’ were more like guitar hero style.. the reason is when when fall down on different pieces of the drum set it’s hard to make out which one to hit first… if they were all lined just like guitar hero i wouldn’t worry about that

2- In complex songs, you will be looking around a lot.. which is a bit frustrating.. would rather see the blocks all in border in the center.. and color code each block to each piece (Check out Rocksmith 2014 and how they match each string with a color)

These would make the experience better in my opinion.

Also would love to see some popular music makes it here

Jay
Mar 02, 2018
★★★
This is a reasonalby good game. The main issue is you can;t see all drum beats, so you frequently miss some. You could learn the tracks to know when the beats are coming, but i would have preferred a different method of seeing when the beats are coming. The other issue i have is that the drums are at different heings, which gets confusing when you have two beats coming down, but one hits much quicker as the symbol is higher.

daniel
Jul 14, 2019
★
i was looking forward to playing this but everytime i start it says fatal error trying verfying and also tried reinstalling and it does the samething everytime

Alexander
Apr 13, 2019
★
Just terrible. The hitboxes sucked and the sounds were very basic and didn’t sound very good. And oculus rift support isn’t as great as it should be.