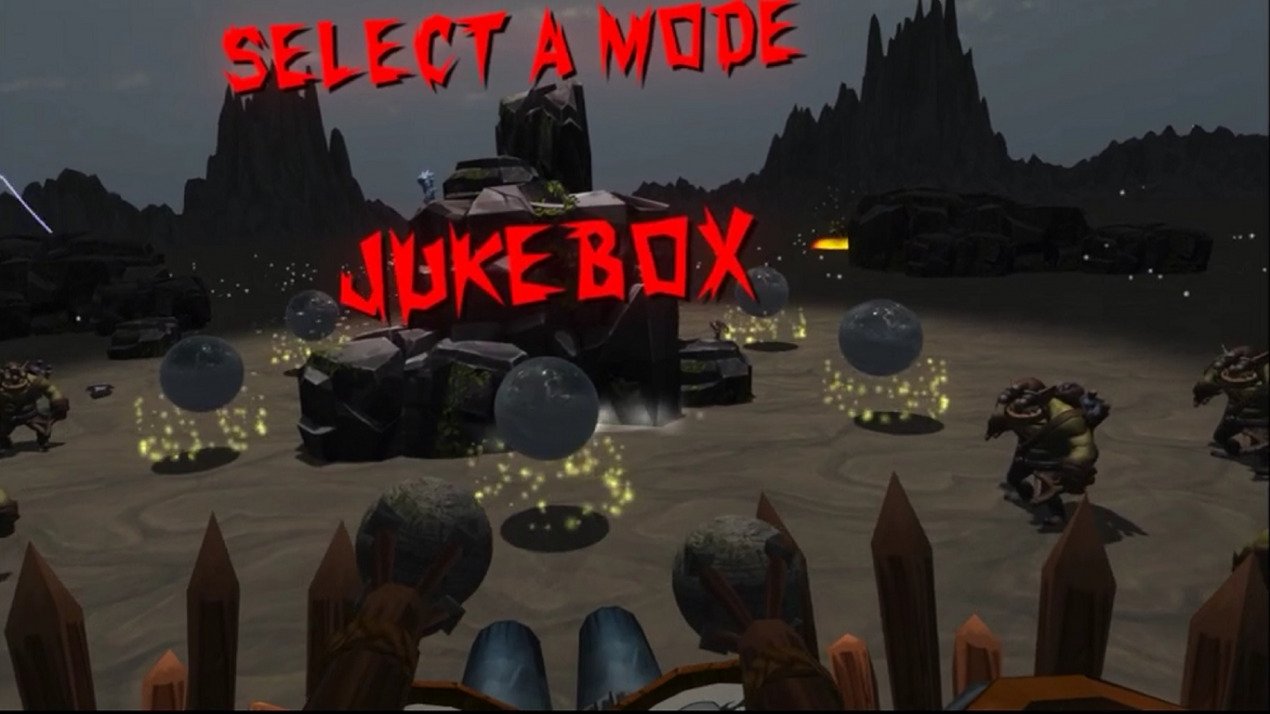 Released Nov 2019
Drums of War is a virtual reality music rhythm action adventure game that uses a unique locomotion mechanic. Players pound virtual drums to the beat of a blasting heavy metal soundtrack to move their giant orc avatar as he rampages through fantasy landscapes destroying dwarves and their allies.

Take the fight to the dwarves, destroy their villages and reclaim the right to once again call yourself the king of the mountain. Blast cannons and shoot fireballs as enemies try to stop you from drumming your way to victory. Can anything stop the power of the drums!

Key Features
– Enjoy full 360 degrees of freedom in both movement and combat.
– Experience visceral music rhythm gameplay in VR!
– Rampage through 15 story levels and an unending supply of dwarfs.
– Fight off hordes of fantasy creatures, including pesky dwarves, flaming skeletons, demonic succubi, and much more.
– Purchase drum skins from the shop for stat upgrades

4 bonus modes including
– Wardrum Hero: A high score combat challenge where you slay an endless horde of dwarves (inspired by Guitar Hero).
– 2 Randomized dungeons
– Jukebox mode: Bang the drums to the music and enjoy the epic scenery.