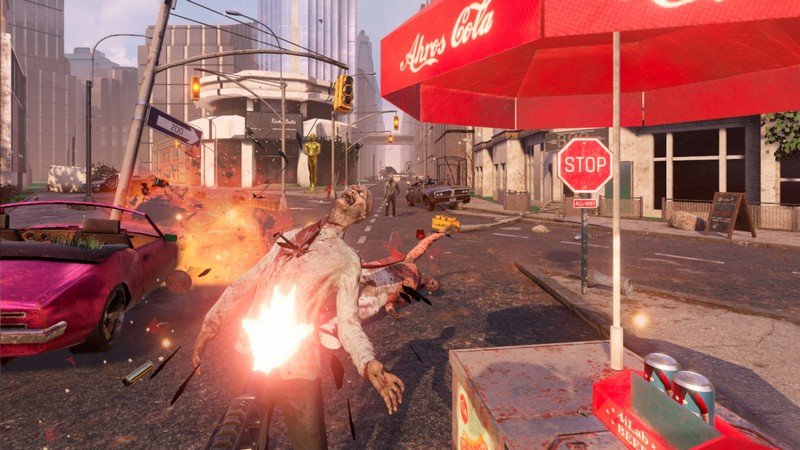 Released Jul 2017 2.3★
Drunk or Dead, a new crazy indie zombie shooter. You are caught by zombie apocalypse caused by a virus, which affects only sober people. If you want to stay alive, you have to drink and shoot zombies

Drinking has its own mechanics. If you are close to sober you shoot accurately. When you get more drunk, your accuracy drops, but time begins to run slower.
You have a scale that measures your drunkenness (also HP because you get sober when zombies hit you). If you get too drunk or too sober – you loose.
When you kill zombies you get points, amount of which depend on your drunkenness level.
(also playable on Oculus Rift) 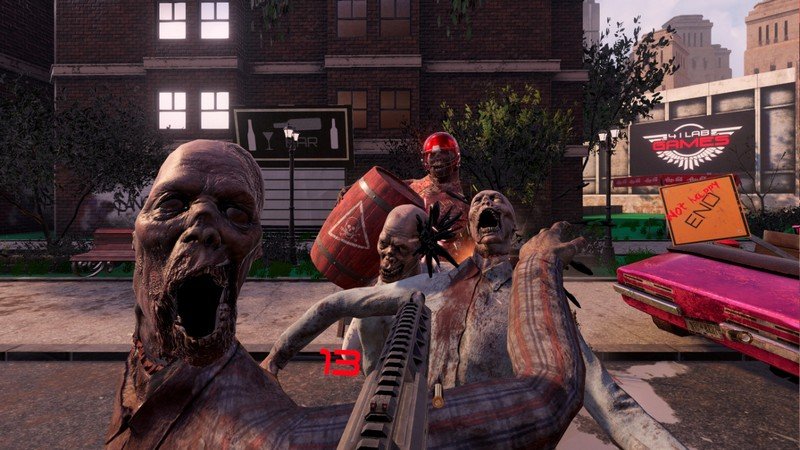 Greenlit
Jan 04, 2018
★★★★
In all, Drunk or Dead manages to live up to its namesake. It adds a great twist to the genre and gets you ready for the apocalyptic dream scenario of beer connoisseurs everywhere. It may not be something you’ll want to showcase to everyone in your family, but if you ever manage to have your drinking pals over for night of VR gaming, this one is an absolute dead ringer. Now hold my beer!

bushido111
Nov 08, 2018
★★
Its pretty terrible. I only didn’t give it a single star because it has a good idea. The drinking you have to do is hard because its hard to tell if its actually being drunk. You have to be quick because your drunk level drops pretty fast and once it drops to zero you lose. Basically this sets you up to punch your self in the headset with your motion sensing controller to try and drink, which your not sure you are actually drinking.
Its a clunky beast of a game. Just avoid it.

Gary
Nov 16, 2017
★
Game lacks any instruction on how to use the weapon so is more or less unusable.
Happy to reclaim the space on my hard drive as I delete this after 5 minutes of frustration!