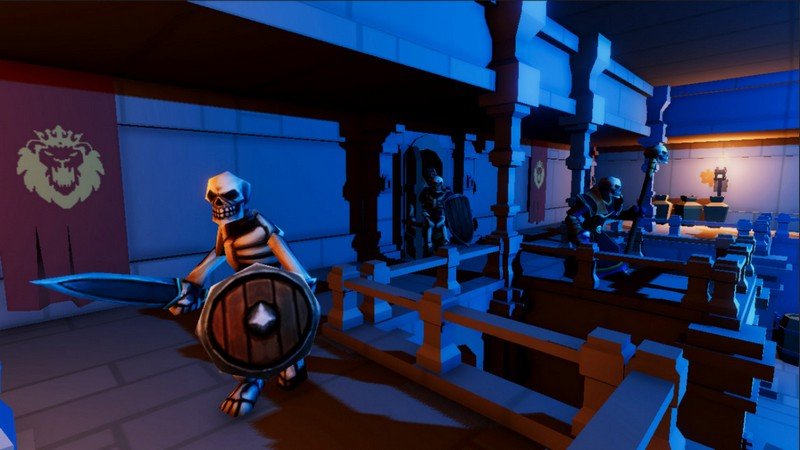 Released Jul 2018 3.5★
Dungeon Rush is an absolutely beautiful and colorful fantasy bow VR shooting game where you have to protect your castle from hordes of undead warriors.

In depth… In pitch of darkness… Shines a light, which with its’ fiery flicker illuminates the dark and cold stone dungeon. Your Dungeon. Piece and quiet which used to reign in the underworld are broken by moaning of merciless undead warriors and mages. Armed to the teeth skeletons are going to seize and destroy everything on their way. Countless waves of deadly warriors have no honor and mercy. Mages, archers, swordsmen and other skeleton creatures leave no stone unturned… Unless you, brave and fearless warrior, stop those bloody enemies. Only your bow and sharp sight with your fearlessness and courage are able to push the hordes of undead back! Take the challenge and save the dungeons!

Dungeon Rush is fun to play both to VR novices and veterans as it has easy intuitive controls but still is challenging. Cool bow power-ups and ragdoll physics won’t let you get bored!

-Make your way through the dungeon and unlock different bows

-Use bow power-ups to explode hordes of undead

-Destroyable props can entertain you between the waves 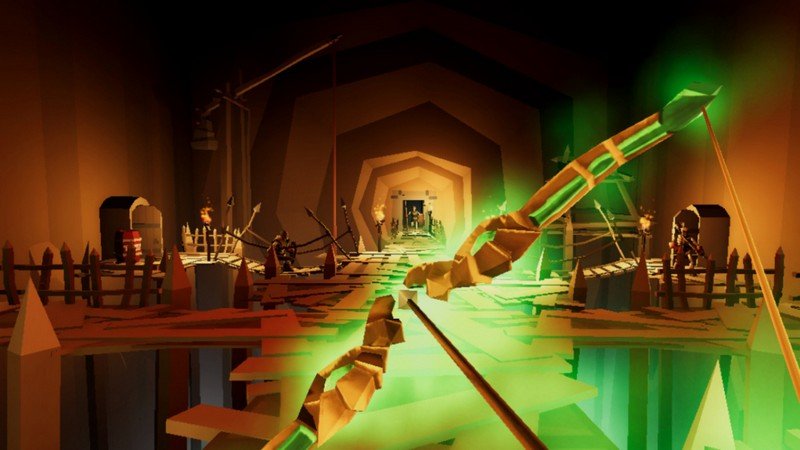 Mr.Aurash
Nov 04, 2018
★★★★★
The game is very polished with good level design, enemies have good animations and the bow mechanic is amazing. The only downside is that the game is not very big but cmon it just costs 6 Pounds (About $7.50) and also Great Game for people that havent tryed vr before. The game is balanced between hard and easy (not too hard not too easy)

Osirian
Sep 05, 2018
★★★★
The game is great, one of the better VR experiences I’ve had with the Vive. To be honest though, there’s a lot of ideas I have to make it better; and I wish there was an easy way to give feedback on it. Perhaps a forums, or something like that for Viveport would be nice so we can give feedback to developers. Anyways, check out it! It’s hard as all get out though ; )

Jeremy
Jun 26, 2019
★★★★
www.youtube.com/30minvr
Gameplay: https://youtu.be/LM3Vo3m_PGw
Nothing wholly original, but well a made budget bow wave game. The difficulty is nicely balanced. The game performance is a bit unoptimised, using some supersampling that should be withing scope of the visuals in this game, on my 1080ti caused some occasional stuttering.

Selim
Oct 18, 2019
★★
The game would be fun. But the performance is very bad even though low poly graphics in a small area. While I can play many other realistic and higher detailed games smoothly, it is disappointing not being able to play this cute game with GTX1060.