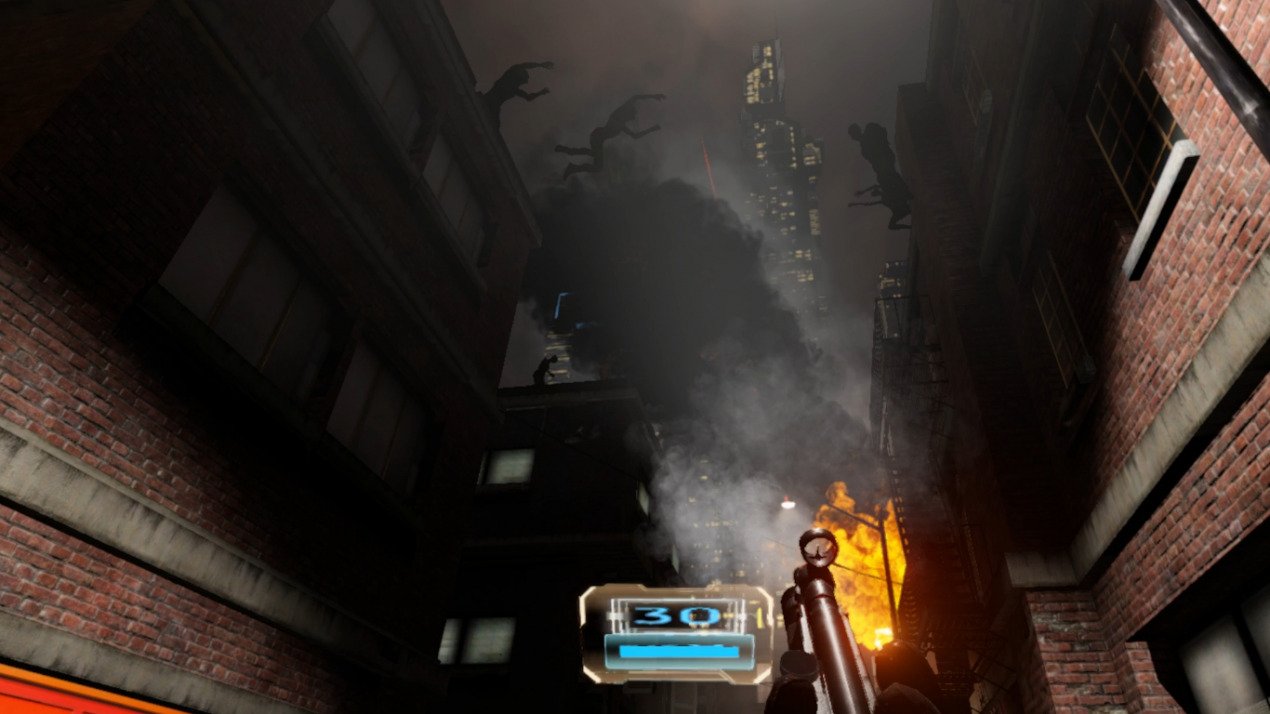 Released Sep 2019
Ebullition LBVR is a high fidelity horror multiplayer shooter, designed for Virtual Reality Arcade, that means players can start playing within seconds. This game is designed to be simple to play and without learning curve, you and your friends can start having fun right away, even if they are not a gamer.

There is in-game options to allow you to play in the same room with multiple VR headsets.

This game can be played using just one controller or up to two controllers for dual-wielding, no movement required, no virtual reality sickness, suitable for first time VR user, great for co-location gameplay, also supports PPGUN with vive tracker.

Story:
In a future dystopian world dominated by megacorportions, portals to other dimensions have been discovered, mysterious creatures have been found, leading to megacorporations and governments forming research organizations. You are soldiers in an elite squad formed by the organization, dedicated to enforcing their will, whatever it may be.

Ebullition has episodic concentrated action, each mission is about 8-12 min long. You and your friends will be challenged by special missions, accomplish the mission or die trying.

*Dedicated server is used for multiplayer NOT Peer to Peer(P2P) to ensure the best connectivity possible.
* Fast multiplayer auto matching with local arcade players or online players from other arcades
* Simple and intuitive reloading, just point the gun down and get back in the action
* No difficulty to learn movement input, no motion sickness, great for beginners
* Native PPGUN with vive tracker support.
* VR RoomSync support. (setup each headset 2 meter apart)
* Average 10 min sessions are perfect for busy people who just want some quick action
* Massive number of enemies to slaughter, kill them with realistic modern or sci-fi weapons