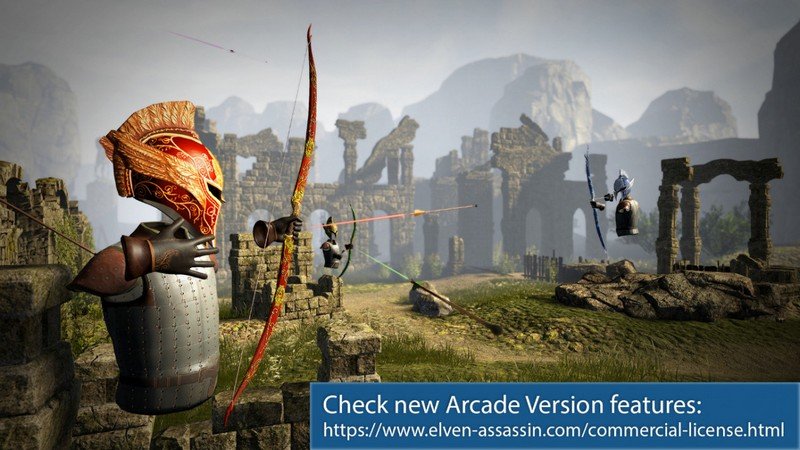 Released May 2017 4.0★
Should I join?
Is there anything more epic than slaying hordes of orcs with a bow in Virtual Reality? When nothing comes to your mind, then you probably should try this. If you thought: “Of course, slaying them with my friends online in co-op mode!”, then this is the matter of destiny.

Become an elven assassin.
Take a bow and kill hundreds of orcs of different types that want to get into the elven town and destroy it. As an elven assassin, you will make spectacular shots like long distant headshots or you will send lethal arrows through the windows. All this to conquer global leaderboards of other elven assassins.

Piece of cake then?
Not really. This is real orcs assault. The Orcs are running fast making the game more competitive. They break into houses to hide from your arrows, and when they got furious their massive axe is thrown to splash you head into pieces.

Assassin United.
Two, Three or Four assassin may unite to defend the town. Use wisely the four available archery spots to survive as long as possible. You can choose one of the public servers, that asks for your support or decide to defend the castle only with the brothers you know on the private server.

PvP Deathmatch.
For those who would rather test themselves against other players online in a competitive mode, the PvP Deathmatch was introduced. But be careful with this one as there are some extremely skilled archers waiting for a challenge there. 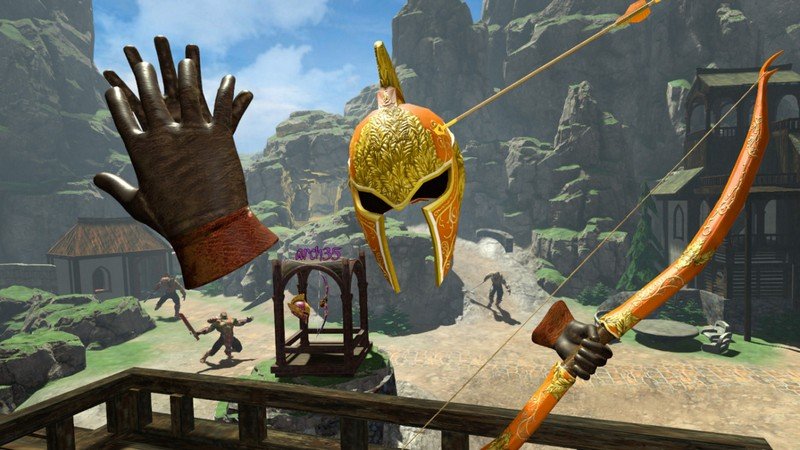 VR Parks and Arcades.
If you are the owner of VR park visit: https://elven-assassin.com/commercial-license.html

Additional info.
The game was created from the ground up for Room-Scale Virtual Reality Experience.

Disclaimer:
This game is not associated with any other fantasy movie, game or book.
Any similarity is purely coincidental.

It is a very good game. The learning curve and the level of difficulty are very well designed. They have also measured the physical requirement appropriately. Only one thing, they could put doors in the villages …
; -b 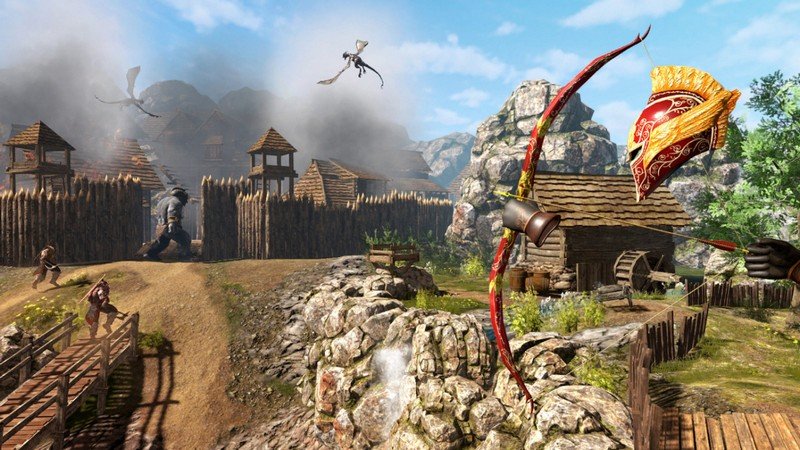 _TheCursedOne_
Apr 14, 2019
★★★★★
Yes yes yeeeees!!!! finally a good multiplayer bow and arrow game. played it for hours with my brother!!
Good workout IF u play multiplayer against eachother

Guillaume
Feb 10, 2019
★★★★
Good bow game, difficulty is fine, but unlocking a second area is too hard. Earning Coins is too slow. Does the upgraded bow and helmet are only esthetic ? or does it increase proficiency I dont think so! Play in multi player do see the other areas! I have seen only once a player in pvp

Finding
Feb 26, 2019
★★★
decent graphics with some variation in enemy skins/types, and having to duck/dodge and move positions to avoid an enemy death blow was pretty good to mix up the mundaneness of fighting wave after wave of the same enemies. However, one of two things will eventually happen, either your arm will be screaming for sweet relief or you get so bored that you find yourself asking why you were excited in the first place for the first two waves. Lots of promise, but with a relese date of 2017 and a recent vague update, I suspect it already is what it’s going to be.

Curtis
Jun 07, 2019
★★★
Multiplayer was dead the couple of times I tried. The progression is pretty slow. Not a lot to do in the game. This is a good ‘flash game’ if you grew up on addictinggames.com or something like that then this will remind you of that. If this game was 3-5 dollars it’d be a 4 star game but as is they are asking too much for so little. I feel like the price is inflated to 15 to make the infinity pass seem better.

Philipp
May 30, 2019
★★★
Yeah… not so sure about this one. Bow mechanics and everything is probably good, but it lacks achievements or something to motivate for playing more, as it does not a real story or something. Just more waves…?

MarsDirect
May 11, 2019
★
This is actually a Viveport restricted game. The game itself is good, but you are restricted to playing only with other Viveport Infinity customer. Wow.