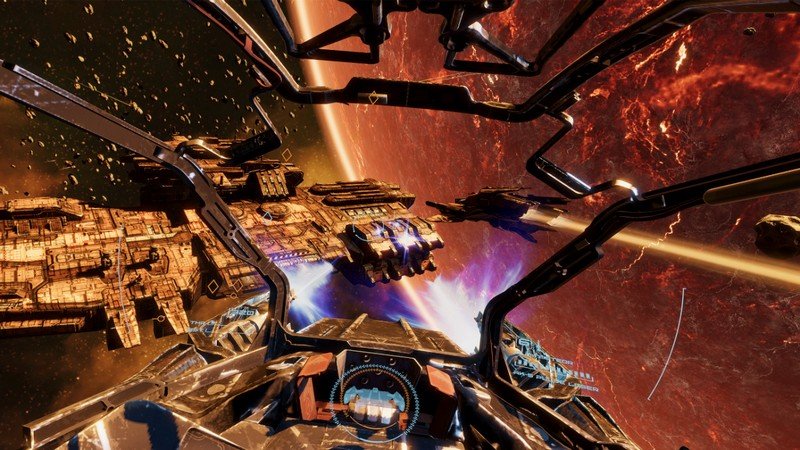 Released Dec 2018 3.0★
Take command of the most advanced starfighter the United Trade Consortium has ever developed in stunning virtual reality as you battle for the Tartarus sector. Protect the UTC’s secret jump-drive technology from the Tartarus Liberation Front insurgents as you fight to maintain the corporation’s dominance and earn yourself fame and fortune in the process. 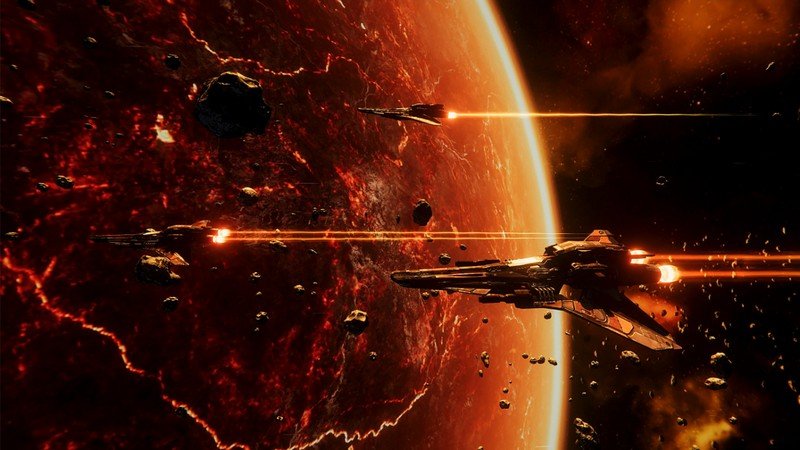 Track targets with your gaze and blast them with your Pulse Lasers or lock on and pound them into space dust with your Meteor Missiles. Unlock new weapons and upgrades as you progress through the ranks by taking on increasingly daring missions.

Find out what secrets are ready to be revealed here at the end of inhabited space. Welcome to the Tartarus sector, contractor. Or as the locals like to call it, End Space.
(also playable on Oculus Rift)

JesuSaved
Apr 10, 2019
★★★★★
Doesnt suck and is good and smooth as well as polished.Not the drawn out gameplay like elite but a arcade and fun.Jesus too died for you,He is alive!

Alejandro
Aug 31, 2019
★★★★★
Game looks beautiful. And I loved the fact that you sit down and you start figthing in space immediately. No grinding or exploring. That might be cool as well, I know, but sometimes you only have a few minutes’ break from work and you just want to have fun without much thinking or planning. Recommended. 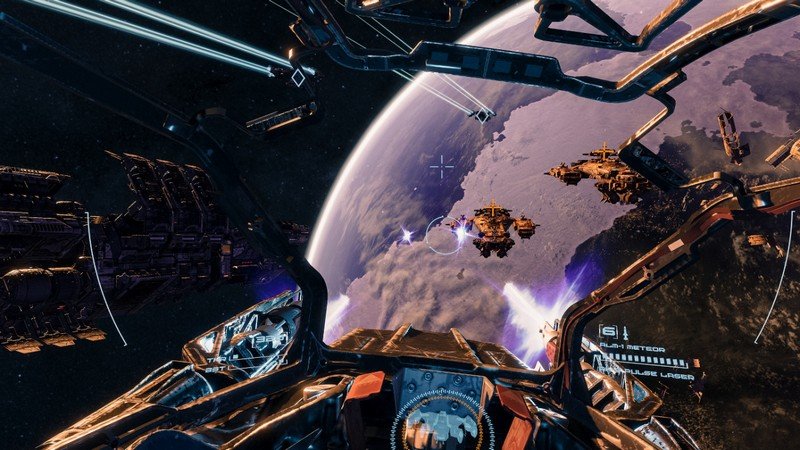 Brad
Feb 05, 2019
★★★★
good simple space shooter, nice graphics and sound and a good variation of control options. I found the default control setup with the vive wands very fluid and natural. Dogfights are satisfying and fun. Would be great with a few ships to pick from and more upgrades. Nothing much in the plot department and there is no exploration as such but as a fun and simple shooter its good and runs great.

Ron
Dec 15, 2018
★★★
Works good, decent space shoter controls take a little to get use to.
Graphics not bad but need work.
AI needs works sometimes would just run into me and stop.

Gary
Dec 22, 2019
★★★
I would rate this higher as its nice looking and decently fun to play.. sort of reminds of the old wing commander games… but the story line isnt there. The reason I drop it a star is that when I hit the boosters i get more static than booster sound….this is really not good…I am playing on Oculus quest with link so maybe thats the issue…idk.

Marc
Dec 22, 2018
★
Not even possible to use two controllers (joystick and rudders). As soon as rudders are connected, the game reads its x and y axis (zero values because the rudder is z axis) instead of the jostick axes assigned before. The ship just spins around and the menu cannot be navigated any more. No way to use another controller. This is so ridiculous – playing with something like one xbox controller seems to be normal for the developers, but playing with a joystick and rudders is rocket science. It’s a shame that the developers did not even implement the most basic control options for a space SIM!