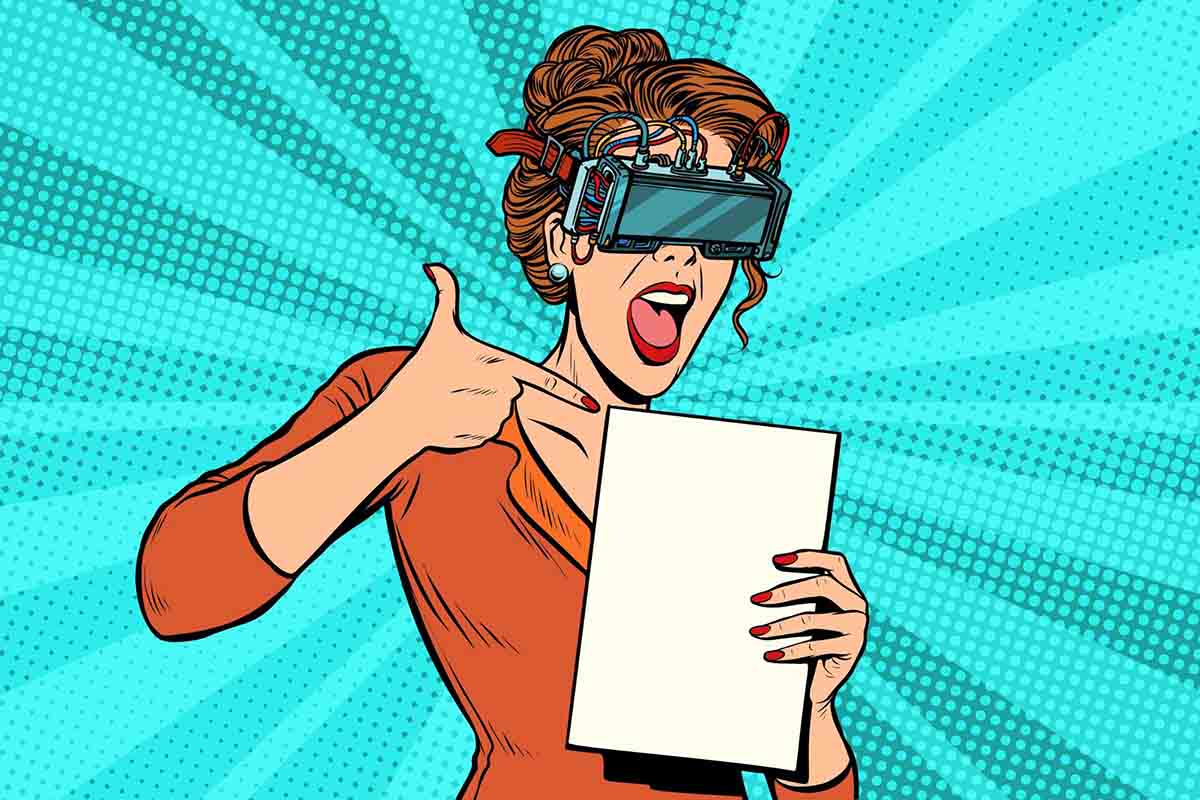 Advancements in beauty tech have been astounding, with both virtual and augmented reality used by experts to advance our appreciation of the best hair and makeup styles. There are countless ways that virtual reality is being used to enhance our appearance and from this our self-esteem.

The technology cannot replace the human interaction from the stylist and the technician; it can help with the consultation and a realisation of our imagination without doing anything too permanent. Here we explore the potential application of VR and other possible advancements.

What is VR and AR?

You may be more confident with the technology surrounded augmented reality (AR). A few years ago, we went through a crazy time of Pokemon Go. Small monsters appeared around the world and could only be seen through the app and then collected. This tech superimposes a computer-generated image onto the real world. Your current reality is augmented or changed when using the app.

AR is capable of recognising features in the human face and body using your smartphone or laptop. You will find the same technology used by Facebook to help you tag the people in images.

Virtual Reality is technology used to create a whole other universe that you can walk within and interact with, using user interface (UI) devices. VR can transport you to a host of virtual experiences from your living room. Imagine experiencing your favourite story characters up close and personal. You can also escape into a calm environment that will help you to manage your anxiety and other mental health issues.

Current advancements are seeking to use a mixed reality. This combines AR and VR and the real and digital world can interact – imagine The Terminators vision abilities in those famous films and you will come somewhere close. 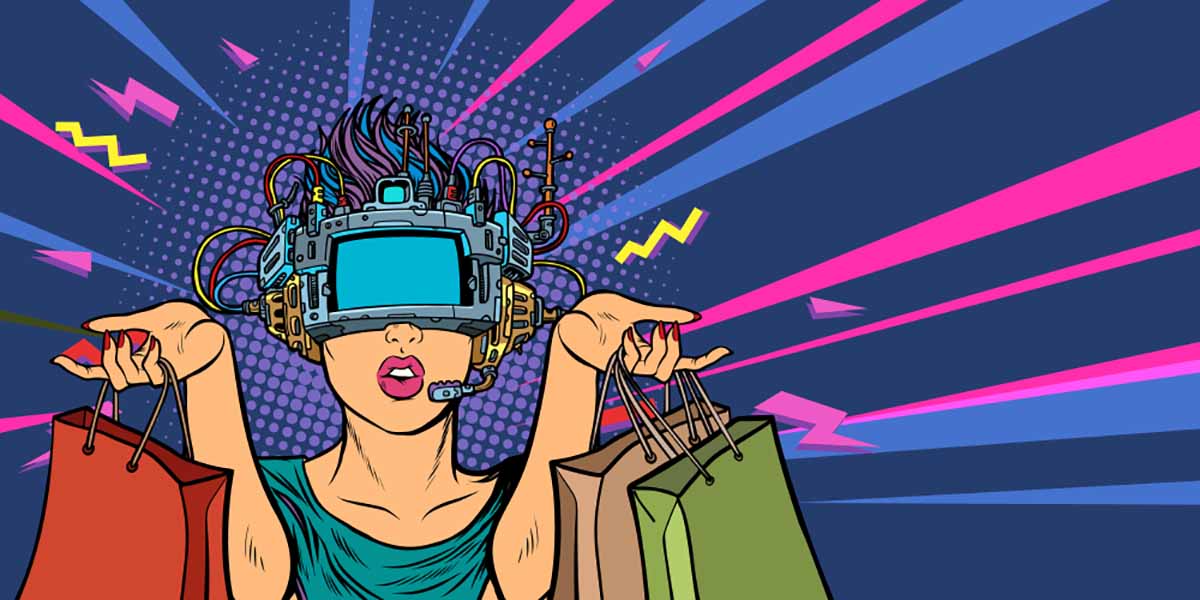 If tech and beauty are going to be the future, who is driving this advancement? Well, unsurprisingly, social media is playing a significant part in this drive. Snapchat in 2015, for instance, is using an app called Looksery to produce filters that can enhance the face of users. They call this feature “Lens” and use real-time face detection technology to turn us into dogs and fairies and all manner of different characters. There are lots of other things you can do, such as exchange heads with a friend, as well as to adapt your facial features.

L’Oreal has been using the same app to drive a marketing campaign. They were the first company to sponsor a filter on Snapchat – acting a promotional tool for their eyeliners. A second filter was launched due to the significant popularity and success of the first. L’Oreal began to recognise the possibility of this technology and have used VR as a mean of exploring new brand lines and products.

Although Snapchat and L’Oreal were clear leaders, there has since been a mass of apps and online platforms seeking to use AR technology in particular. There are now try before you buy features, allowing consumers to see themselves with the makeup product or hairstyle before they commit. Modiface is one company focused completely on the development of augmented reality technology for the beauty sector. Imagine being able to see blusher on your cheeks without buying first.

For online stores selling beauty products, this has been a revolution. Many consumers would prefer to go to a brick-and-mortar store to try the samples. However, this use of AR allows for a similar experience but over the internet. Sephora was an early example of an online beauty store using the technology but it is now considered relatively mainstream. Many customers will not buy a product without a) knowing how to use it and b) seeing what it would look like. Computer-generated simulations can offer user guides, applying the makeup to the consumer’s face. This tech makes it much more likely that the customer will click buy and move all the way through the sales funnel. Seeing what their face looks like promotes personal investment in the product before they purchase, making it imperative they close the deal.

Rimmel London, in 2017, released their app “Get the Look” that was powered by augmented reality. This app allowed customers to try on the look that appealed to them. They can also upload images to the app, usually of friends and celebrities using the cosmetics they would love to buy. Then, the app will present the products that best match the image the customer has uploaded. You can then purchase the product the filter has discovered using the Google Shopping app.

But what about Virtual Reality?

So far, only the use of augmented reality has been explored. The obvious use of filters that project the potential look onto a buyer’s face or body seems relatively uninspired. The use of VR is a little harder to envision. Therefore, when WAH Nails launched their VR Nail Designer Lab as a new flagship store in Soho, London, there was much interest. With the help of creative design studio DVTK, WAH Nails provided a VR headset to consumers. These customers were encouraged to browse the potential range of shapes and colours that could be achieved on the fingernails. Therefore, the user can a virtual tour of all the possibilities.

Once a choice has been made, the WAH Nails technicians can seek out the physical product and bring the virtual reality to the real world. They even have a specialist printer – an Art Pro Nail Printer – that can recreate a desired shape and colour combination on the spot. Whatever the customer imagines in the VR headset can be created instantaneously in the physical environment. 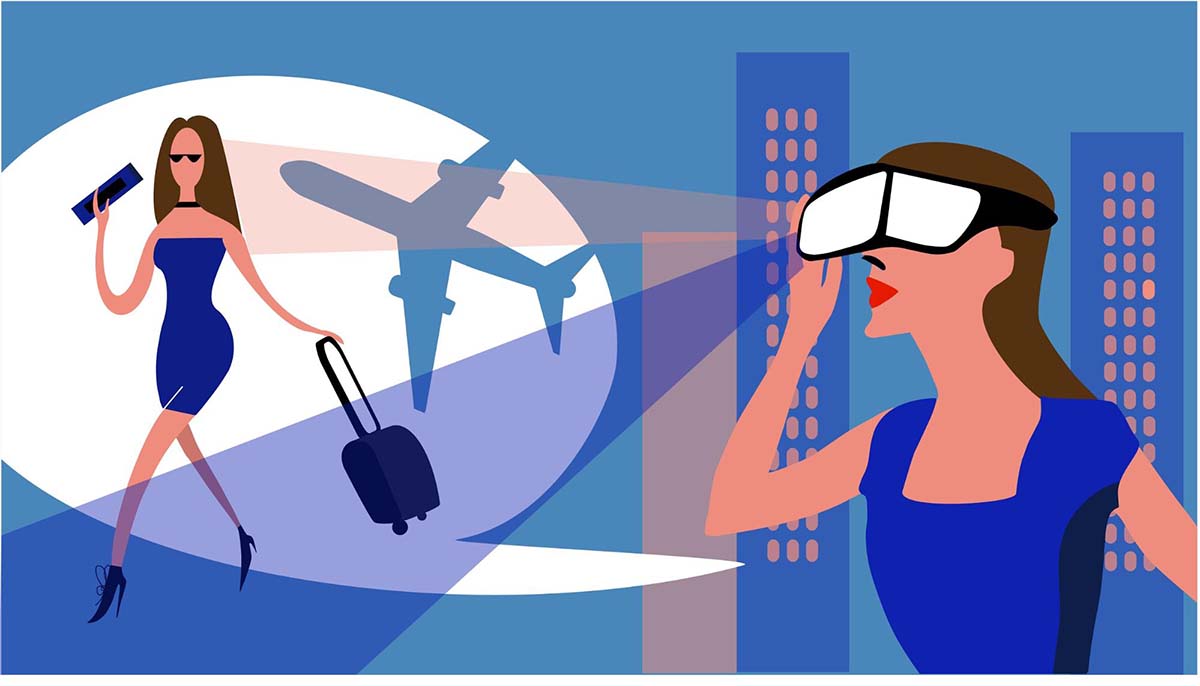 Into the future of beauty

We have only grazed the surface of the beauty companies seeking to make the most of technology. There is a significant appetite for AR, VR and MR developments, as all those who know anything can see the significant potential of apps.

Let’s take the example of Estee Lauder. They are seeking to innovate new technologies with ModiFace. They have created an omnichannel marketing experience that allows the use of AR filters on the website that can then be purchased using a mobile phone. The consequence for sales from these newly engaged online shoppers has been impressive, as they have doubled conversion rates.

Yet, as well as an opportunity, VR and AR tech could offer something of a threat to the beauty sector. It is possible that virtual makeovers could replace actual makeovers. There could be an increasing reliance on technology for the optimisation of our appearance. We could use our apps to try out different looks and to change up how we see ourselves, without ever having to visit a technician or buy a product. Appearance augmentation on our social media does not require hours in front of the mirror – instead just a few taps on the screen.

However, this is AR. VR still has much more potential. VR goggles could offer a marketing opportunity for beauty companies. You can go behind the scenes of fashion houses, top hairstylists and cosmetic brands to get up close with the development of products. Some companies are even using VR goggles to help with product development, using it with focus groups. It could help companies save significant amounts of cash in rebranding, remerchandising and repackaging – instead, they seek feedback directly from the consumer who is immersed in the product development.

What can we conclude?

The keenness to adopt AR technologies to try before you buy shows that there are more opportunities than threats to the beauty sector. Online companies have seen an increase in sales as consumers feel more confident when making a purchase they have experienced, even if it is in a virtual world. However, there are other possibilities waiting to be fully explored, if only the creatives could apply some of that imagination to the future. If people can play in the World of War, others should be able to see the best of the sector at work in their salons.