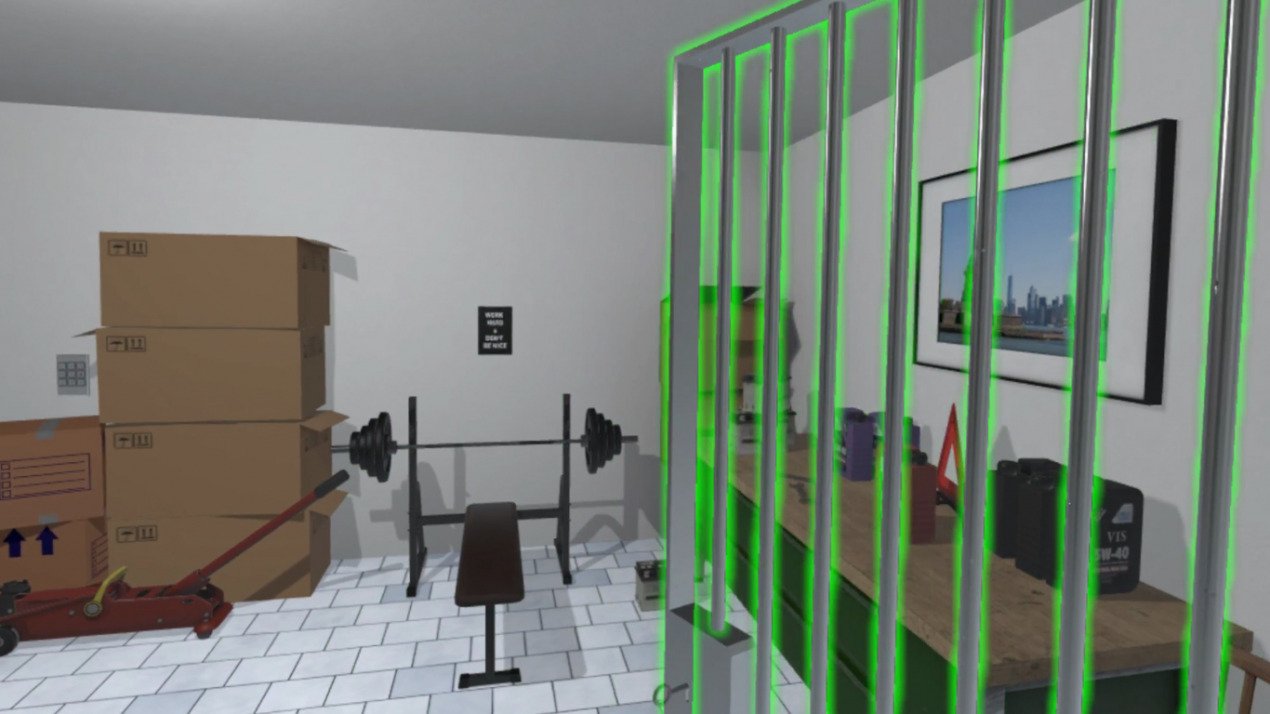 Released Feb 2017
EscapeVR: The Basement is an ‘Escape The Room’ genre game which was inspired by real-life escape games and written from the ground up as a room-scale virtual reality experience for the HTC Vive.

Can you escape? Explore the environment, solve puzzles, discover useful items, investigate clues, and find your way through a total of seven rooms in three areas to -hopefully- escape the basement!

– Solve over a dozen puzzles, which includes smaller ones like finding keys or codes up to large ones which involve complex interactions with daunting machinery. Look, feel, and ambience are based on corresponding real-life environments.

– Explore three distinct areas with seven rooms, a total of 130 square meters, and more than 200 items to interact with. The game is designed for room scale and features a teleporting system similar to “The Lab”.

– In case you get stuck, a built-in hint system provides you with clues. You’ll also get in-game statistics about your performance!

Will you take on the challenge? Will you manage to escape the basement?