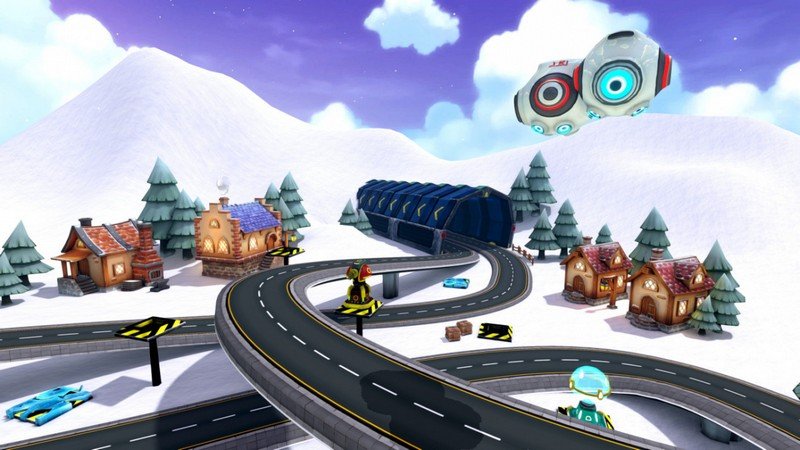 Released Oct 2016 2.2★
You know how you’ll be driving around, minding your own business, then suddenly hit bad traffic with no obvious reason why? The answer is simple: Evil Robots! They love to create traffic jams all over the world.

For no apparent reason, robots have set their sights on your town with the aim of creating Total Gridlock! Traffic must be contained at all costs. As a member of the Evil Robot Defense Force, place defenses in your cities, such as explosive Missile Towers, hazardous Frost Towers, and deadly Rail Guns. Engage the help of Mass Transit to take out the opposition. If all else fails, command your orbiting battle cruisers to fire!

Evil Robot Traffic Jam brings the tower defense genre into VR from the ground up. The environment comes to life: vehicles explode like popcorn around you, ambient objects and effects delight in every direction, and you feel in complete control and comfort as you strive to rid the world of bad traffic!

After all… with great traffic comes great responsibility.

-Beautifully crafted 3D maps and graphics.
Feel like you are in the middle of a miniature battlefield.
-Wide variety of different upgradable defense towers.
-Special weapons like hacker drones and bombards to help you combat the advancing hordes.
-Tons of different enemies and epic boss battles.
Also suitable for a seasoned gamer. 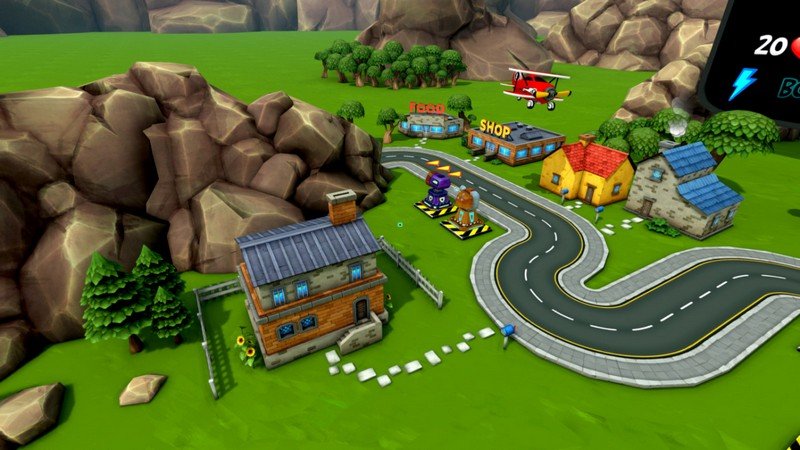 Jay
Jan 27, 2018
★★★
This seems a great game, but 90% of it is in an asian language, so i couldn;t understand most of it. Other than that, it seems a decent TD game. Maybe i didn;t get far enough into the game yet, but when i try to upgrade towers, the options disappear when i try to hover over them. If the game was in english, maybe it would be telling me that i can;t use them yet or something, but its not, so i’m playing this game guessing based on my past experience of TD games. I may update this once i have played more, but the wrong language is a bit game breaking for me.

VIVEPORT User
Jul 22, 2017
★★
This games start up in chineese language, with no indication on how and where to turn it to english.
Still have not found out how…very very annoying.

Joe
Jul 07, 2017
★
Everything is Chinese in this game. I have no idea how to start it… or change the language to English (NOT possible).

Contacted Support. The version uploaded to Viveport is ONLY CHINESE.

Save yourself the $$… unless you can read Chinese.

Gus
Jan 11, 2019
★
Same problem Joe reported. Everything is in Chinese, including the start menu. Maybe there’s an English version available, but this isn’t it.