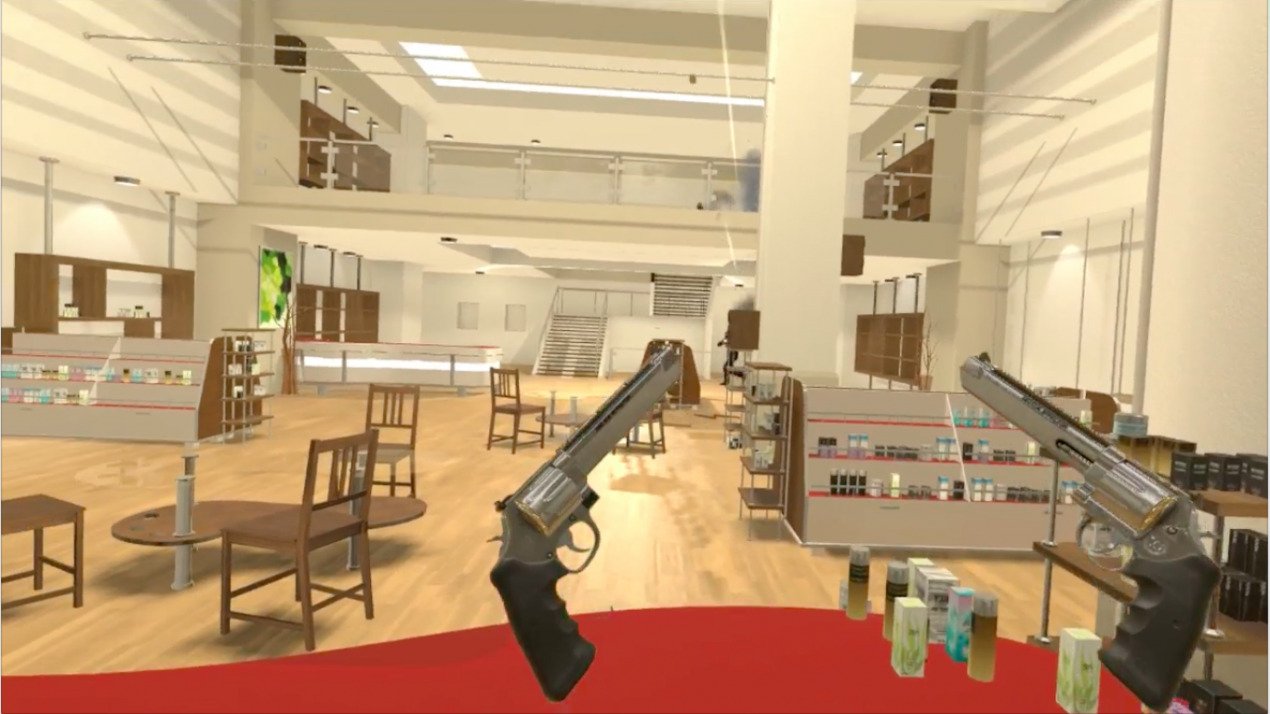 Released Nov 2016
Dive into your favorite action movie : a smoking gun in your hand, bullets whizzing past your ears while the walls start to crumble around you !

With its blend of slow motion, destructible environments and vicious enemies, Bullet Time teleports you right into that scene. Confound your foes with a well placed bounce, or unleash your rage by mowing them into the scenery. Shatter glass, dispatch furniture or collapse the walls on their heads. Move from cover to cover to survive as your defenses slowly shatter under enemy fire.

– Bullet time : slow time until you can see and dodge the lead flying past your head;

– 3D sound : hear bullets zoom past your ears and crash into your living room;

– Destruction : walls shatter and collapse, furniture and debris fly by! But your defenses are just as fragile as those of your enemies;

– Movement : abandon a wrecked cover or flank an enemy with the navigation system. Point to your destination and try to survive the epic run that follows;

– Track your health, score and killcount on your HUD;

*** Early Access ***
Why Early Access?
“Fast Action Hero is in an advanced state for a greenlit game as we have focused our efforts on the core experience. We now feel the first levels are solid enough to be released.

This will allow us to mold the remaining content with feedback from the community.”
Approximately how long will this game be in Early Access?
“We expect to have all three levels in a complete state by christmas.
Later developement will depend on the reception of the game.”
How is the full version planned to differ from the Early Access version?
“The default level is bullet proof tested, weapons and enemies are balanced and new content and game modes added. Although this last mile may vary depending on feedback from the community, this is what you can expect :

– 2 additionnal levels : a motel courtyard shootout and an outdoor level ;
– more weapons to choose from ;
– additionnal skins and equipement for enemies ;
– new game modes : tower defence, waves, rescue, career… and more as tell us how you would like to play!

Do not hesitate to share your comments and suggestions, so Fast Action Hero can remain the best shooter game on your favorite headset!”
What is the current state of the Early Access version?
“- 1 destructible level in survival mode with 5 cover points ;
– 3 weapons modes : dual wield revolvers, dual submachine gun, or a two handed AK47 ;
– 2 types of enemies with 4 variations each anda mix of 6 weapons (handgun, shotgun, uzi, mp5, ak, m16) ;
– Adjustable difficulty : arcade to realistic impacting your health, bullet time speed, reload time and enemy precision.

– Local and cross platform Co-op: let your friends control the wave on the screen or on their phones, spawning and moving enemies in to corner you in real time;
– Leaderboards : local / friends / worldwide.

And of course a lot of fun !!!”
Will the game be priced differently during and after Early Access?
“We plan to gradually raise the price as we ship new content and features.”
How are you planning on involving the Community in your development process?
“We want to build our roadmap based on feedbacks from our community.”