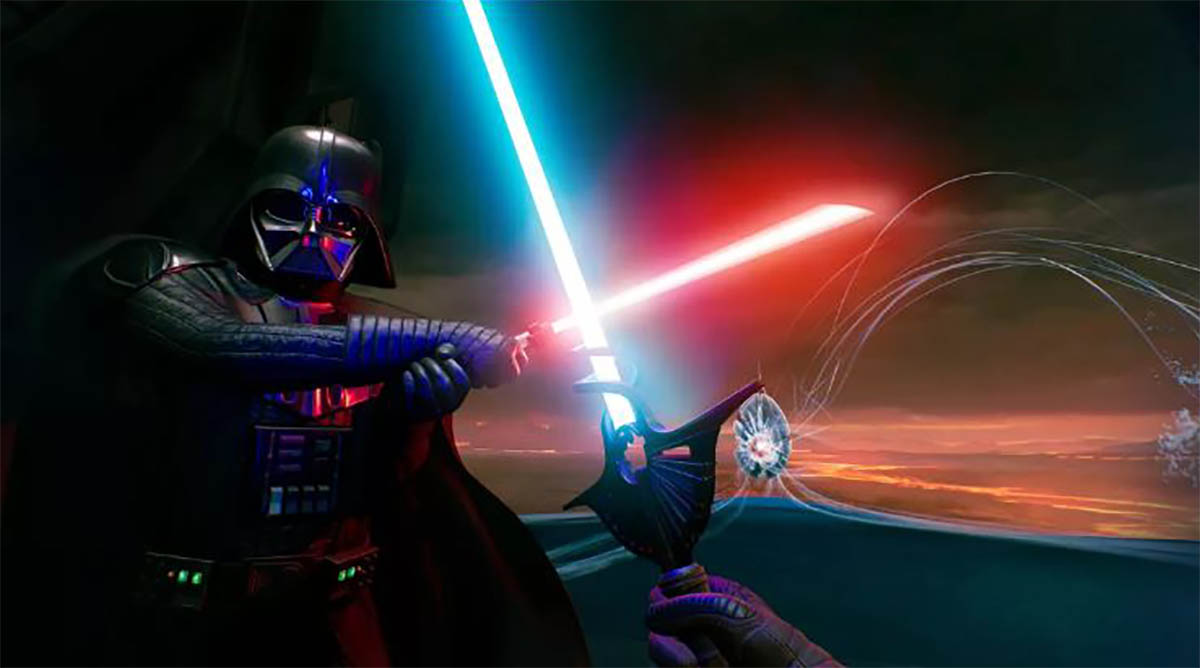 The other new Star Wars trilogy wraps up Nov. 21, exclusively on Oculus.

Somewhere between Revenge of the Sith and A New Hope, just a bit before Rogue One, Darth Vader lurks on Mustafar. The three-part VR experience Vader Immortal, which launched on Oculus Quest and Rift earlier this year and its second episode just a month ago, is wrapping up with a final instalment on Nov. 21. If you can’t get enough Star Wars between The Mandalorian on Nov. 12 and Rise of Skywalker on Dec. 20, here’s your perfect virtual midnight snack.

I’ve played the first two episodes, which feel like well-produced immersive theatre, or even a home version of a theme park experience. The story takes place on the volcanic planet Mustafar, where Darth Vader intercepts your character and sends him on a mission to a hidden temple. There’s a lot of lightsaber swinging, some well-done use of the Force, and companion droid ZO-E3, voiced by Maya Rudolph. 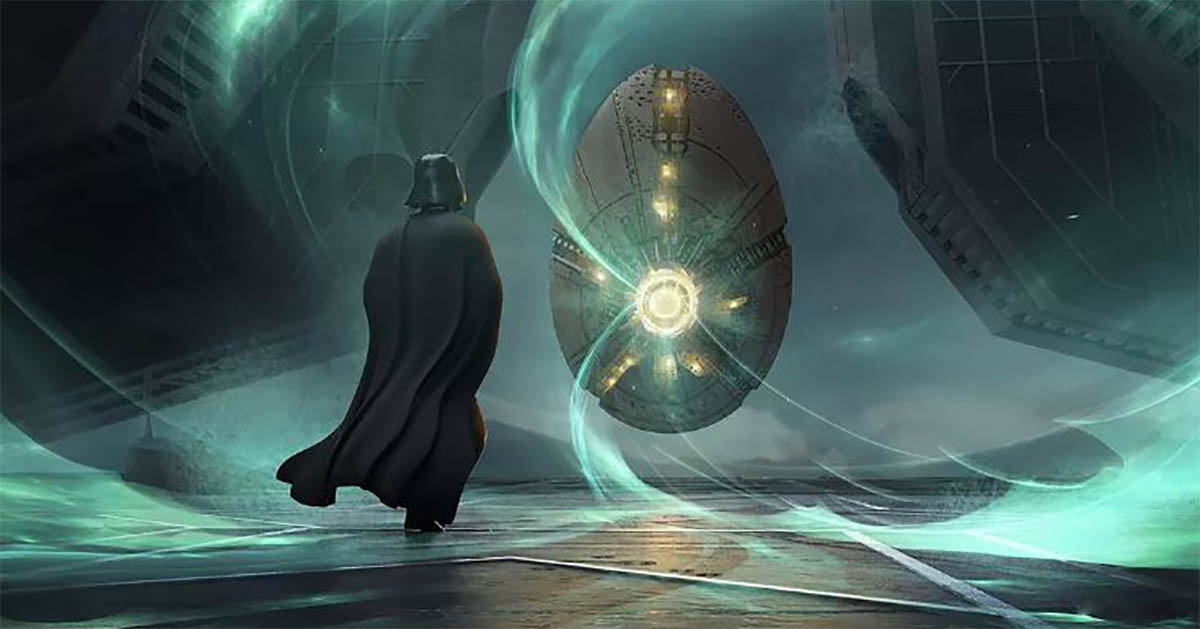 The final episode is the big Vader showdown, which ILMxLab’s Vader Immortal director Ben Snow says is part of a story arc conceived from the beginning with writer David Goyer. “There’s already been a bit of crossover with some of the comics series,” he says, “where they’ve taken some of the designs we have for characters, and backstory of Mustafar we’ve created, and integrated those into some of the comic storylines.”

Vader Immortal happens right before Rogue One, and should be unconnected to either The Mandalorian or Rise of Skywaker… or, for that matter, Star Wars: Galaxy’s Edge, which launches its new ride in December. ILMxLab sees Vader Immortal as a way to keep exploring what can be done with Star Wars beyond films, games and theme parks.

“We wanted to experiment a little bit, and try to push the medium, our understanding of the medium. Mostly, thinking of different ways we can tell stories in this medium,” Snow says. “We learned there aren’t really rules … when we started out, people said, no one’s going to accept more than a 12-minute narrative experience in VR. And our first episode was clocking in at 30 minutes.” 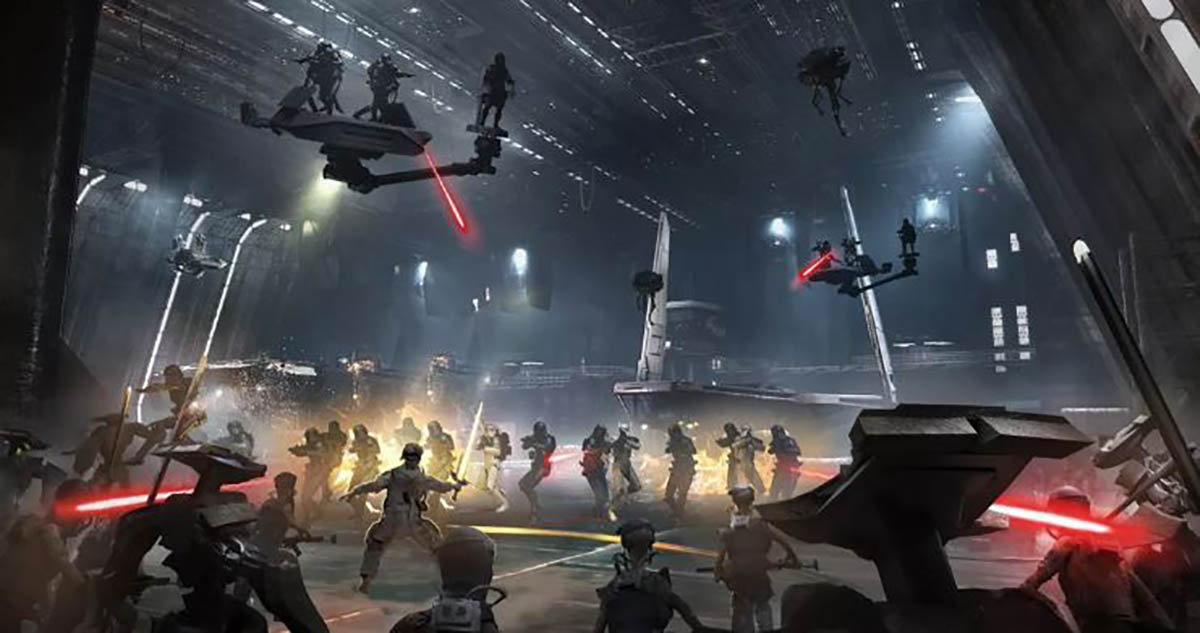 The new episode is about 45 minutes, bringing the three-episode run to roughly two hours, or feature-length film territory. Buying them for $10 each from the Oculus Store, that will cost you $30 (there aren’t any bundle plans yet). Compared to previous ILMxLab immersive apps such as Trials on Tatooine or the Project Porg experience on Magic Leap, this has been easily the most ambitious Star Wars VR experience.

Besides the story-based part of Vader Immortal, there’s a lightsaber-training dojo mode where classic Star Wars lightsabers can be unlocked to play with — including Kylo Ren’s, this time.

What struck me about Vader Immortal’s first two episodes was that my character doesn’t speak, which was an intentional decision. “We use Maya Rudolph’s character ZO-E3 to help the player, but also to give voice — we try to have her say things we hope you’re thinking at the time. I think that’s something that worked out quite well for us,” Snow says. “It was better if we had this proxy,” versus having the main character speak with their own voice.

Vader Immortal is single-player, but multiplayer could be next. “I absolutely think we have to be,” in that space, Snow says about ILMxLab’s need to pursue multiplayer next for home VR. There’s already a location-based Star Wars VR experience designed for The Void, Secrets of the Empire, that brings four people together at once. “That is something that’s definitely in our sights for future projects.”

What about bringing in immersive theme parks like Galaxy’s Edge, or millions of people with phones that could add multiplayer possibilities to future VR projects? The team wouldn’t discuss future plans, but producer Alyssa Finley says, “I completely agree.”

“I think there’s a lot of exciting potential,” Snow says. “Certainly that’s one of the good aspects of being part of the Disney company, that we interface with these other divisions.”

The final episode of Vader Immortal launches on Nov. 21 on Oculus platforms.