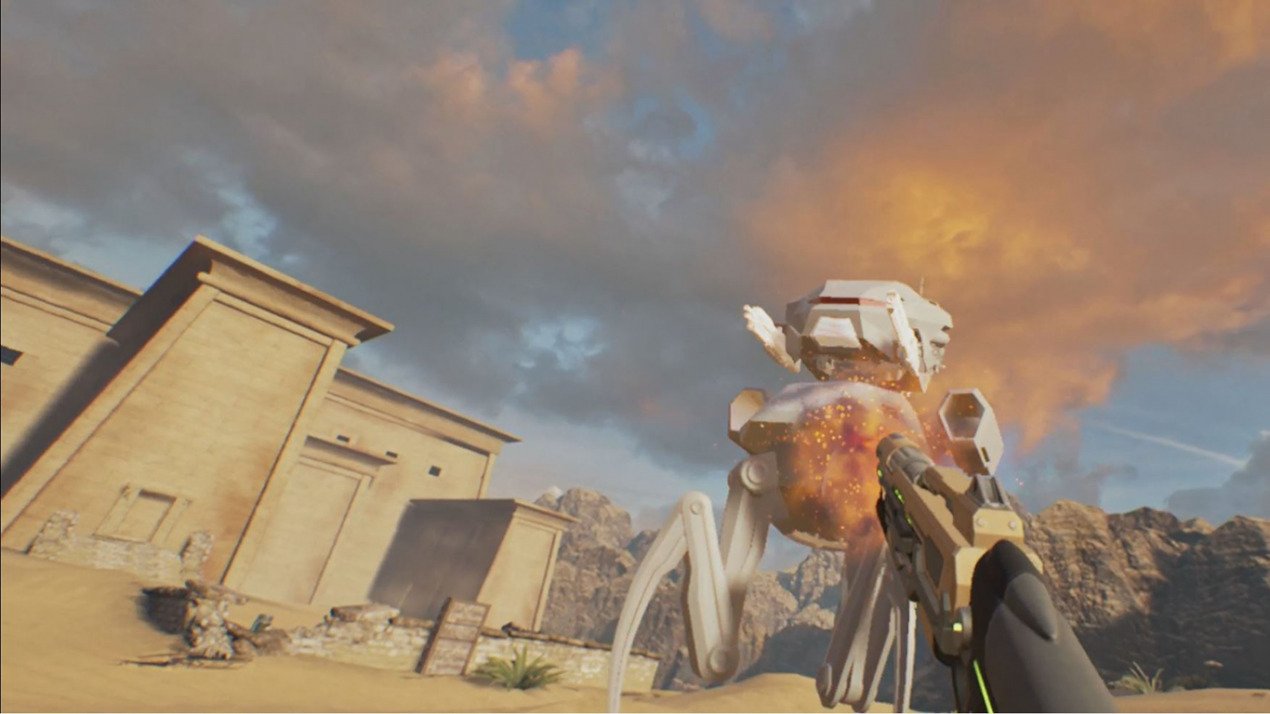 Released Oct 2016 1.5★
For FILE 9 We will be shifting our focus on making this VR title a full story based VR game and not just an experience or demo. We are in the process of completing the additional areas as well as the major updates to the existing areas.

New Features Will Include:
• The last two simulations which will be story based and also will be in (2) unique beautifully crafted environments
• Sub training area overhaul will include, asset upgrades, expanded play area (with secret areas who’s clues the whereabouts of them are hidden in and throughout
the simulations), and a day night cycle.
• New and unique game play offensive and defensive tools for each simulation
• Complete UI/UX overhaul
• Complete Asset overhaul
• Complete Sound overhaul
• Steam Cloud saves
• Steam Trading cards
• Steam Leaderboards for select simulations
• New Steam achievements for upcoming and existing simulations
• Oculus headset and controller support in room scale

We will also be localizing FILE 9 in multiple languages to give the user a much better experience.

The launch with New Material will be in July 2018. We want to make sure that this game from Cypress Inheritance is what it was intended to be which is an enjoyable AAA VR Entertainment.

FREE CST2 DLC FOR ALL PURCHASES OF FILE 9 FROM NOW UNTIL THE FILE 9 VER 2.0 WITH ALL MATERIAL IS LAUNCHED IN SEPTEMBER 2018.
The DLC will include the following:

FILE 9 built by Alfred Cypress is one of the sub training areas housing several simulations, each designed with their own unique features. Using everything from stealth, weapons, searching, and sometimes strategy to achieve your objectives, your reflexes and ability to stay calm will be tested under pressure but with patience and focus you can achieve success!

Alfred Cypress has several locations around the world that are always in danger of a security breach or being hacked into. This is due to what he has invented with energy sources as well as what he was currently working on. Because of these constant threats he has created facilities away from the main training underground facility and hangars, which are sub training areas. This particular area is known as FILE 9. Here, there are multiple programs which include ‘Transport Tunnel’, ‘Drone Evasion’, ‘Infiltrate and Destroy’ and others. Each has specific event possibilities in order to help be prepared and also be able to overcome possible threats when needed.

Lorna, learning of her actual grandfather and of his recent disappearing, which comes as news of a huge level to her with the fact she has never known about him with her being adopted and not really knowing anything about her family. With the events that have followed since she has learned of this, she now knows she needs to take advantage of training as much as possible. With her being of the Cypress bloodline she is able to access FILE 9 and utilize each of these areas to be prepared.

Currently within sub training area FILE 9, there are simulations that are up and running with more coming on line as completed. Each area does have its own unique features and will require skill to achieve the objectives and complete.

Active VR Combat will be used within certain simulations.

Stealth will be a huge asset within at least two more of the simulations that are coming on line in the near future.

Enemy Drones will be encountered and have to be avoided and in some cases destroyed.

lanny
Dec 12, 2017
★
cant do any thing because i cant read chinese .might be some thing to do but you dont know what.

cura666
Oct 04, 2017
★
Doesn’t work with Oculus. Camera placement was all wrong, and only saw some Chinese symbols.

Paolo
Jul 30, 2019
★
File 9 is a blurry game and very expensive on steam. It feels like a very bad Space Pirate Trainer, but at a price that would make a grown man cry for a refund. The graphics wouldn’t be to bad if it wasn’t for the eye watering blur. That after 10 minutes will give you a headache. The wave shooter part is the best part of the game while the stealth part is lame AF and the drone hunt is OK if not for it being very un-smooth. I can’t recommend this or give it a good review in its present state. I feel the devs are trying and I wish them the best. I really do.
This game made it into my worst rated VR games