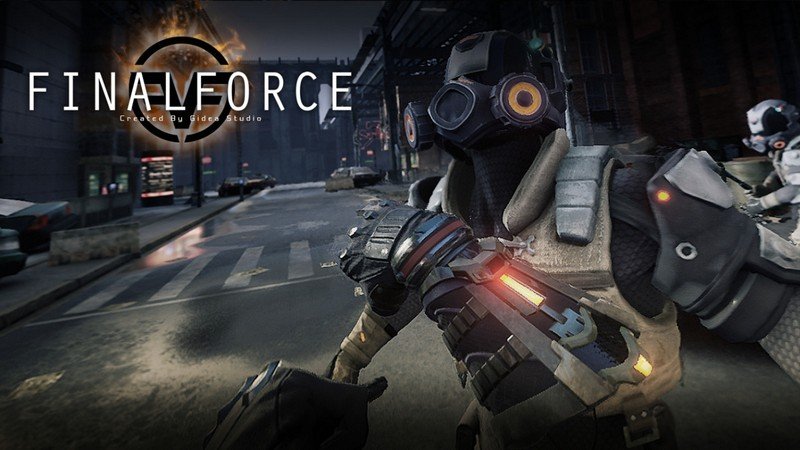 Released Mar 2017 3.0★
Final Force VR is a shocking new work produced by Tisense Interactive. In this game, players will enter the “Fallen City”, fight against the recruiting mercenaries legion controlled by the “AI Pharaoh”, battle to rescue Viper, the captured undercover informant of “Rebel Legion”.

Within the game, players will wield their fists by controlling the motion handle, firearms are also available for certain. Come to experience the perfect melee and gunplay in VR world!

With the virtual handles in your hands, you will become Becket the World Protagonist, who can manipulate powerful mechanic original force. The exciting feeling brings by destroy enemies with your guns, a true FTS and FTG fan will never miss it! 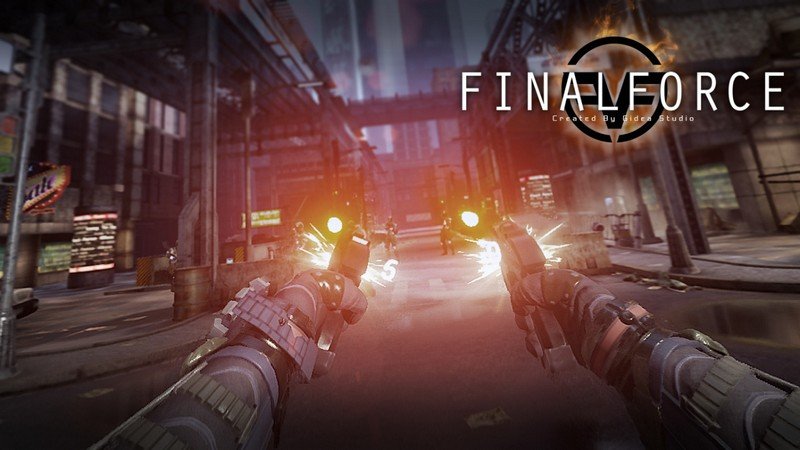 Greenlit
Apr 28, 2018
★★★★
Altogether, Final Force isn’t bad at all. The melee combat shines, and the feel of each punch is amazing as you slam your first into enemy heads, knocking these AI-controlled characters to the ground. Shooting isn’t the game’s strongest suit, however, and it forces you into gunplay moments quite a bit. Overall, it’s a solid wave-based shooter, but there is definitely room for something bigger and better, and I’d love to see that come to light in future updates. For now, though, it’s something worth keeping an eye on and watching as the game evolves and grows.

Faceless Nothing
Mar 23, 2018
★★★
The audio was very muffled so it was hard to understand what the audio was saying, and the sound effects could really use some work. There seems to be almost no antialiasing as everything is pixelated. I think after a few updatest his might be worth the buy, but for now i don’t think its ready yet.