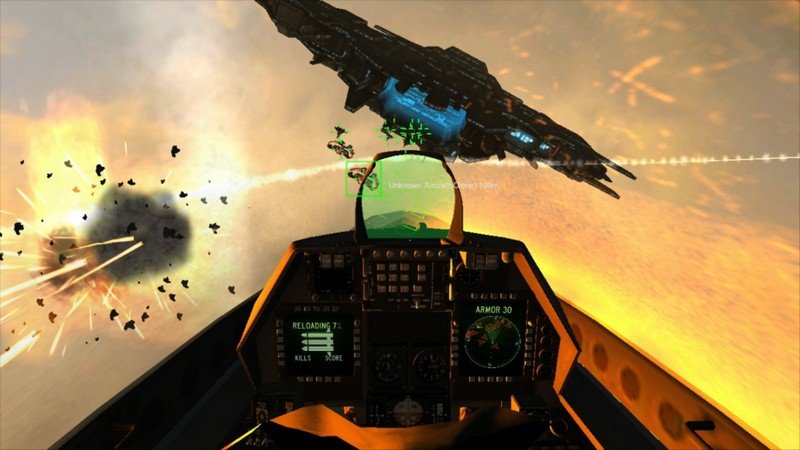 What if fighter-pilot movies had a love child with alien invasion blockbusters from the ’90s? You’d no doubt get Final Strike, an edge-of-your-seat F-16 jet fighter simulator that puts you against an airborne invasion of alien invaders. Relive your favorite moments from your favorite end-of-the-world style blockbuster film as you pilot your very own military-grade death machine to eradicate the earth of the alien presence. A fully orchestrated custom soundtrack by legendary game composer Sean Beeson brings the cinematic story to life, making you truly feel like your in the scene of your favorite alien invasion movies.