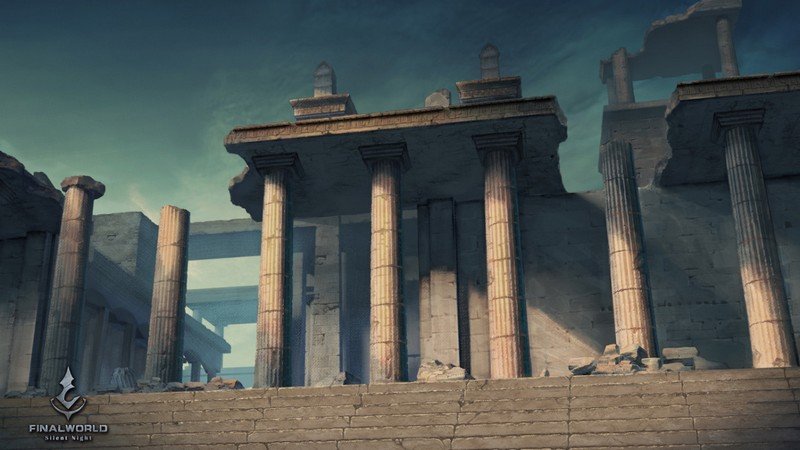 Released Feb 2017
FINAL WORLD – silent night
The new world was founded in virtual reality first year, brought together a China domestic top production team, designed for users to create a virtual world of real concrete, opening our second era “era”, experience the new “life” mode.
The eternal Heaven, broken ruins, too early Earth scattered stars, Zhen Shi Yifenweiba carved instrument, lost universe domain, thousands of years, the formation of three: domain boundaries, the boundaries of life and space, in this era of severe curtain, a historical picture of the surge high and sweep forward will be to you. Express: “Gui Xu Ji: silent night” will be the world’s first with the next generation of Xian Xia experience and the new combat system module of VR games, the future direction is VR – MMORPG model. This is not only a breakthrough in the production, but also bear the boundaries of the game design concept and the beginning of the heart.
[mimono Edgeworth] operation system
The beginning of the game, that is, Xian Xia VR game, we selected the most popular “sword” concept, the real experience of Edgeworth coherent sense, perfect reproduction of fairy sword, take the enemy combat module, thousands of miles of course, as an action game, natural and ultimately melee combat module, so that the hands of the sword, may well be in the past, one heart.
Artificial intelligence – Speech Interaction
In the game, we reduced the amount of UI interface, using NPC voice interactive mode, let the game player experience the concretization of the virtual world, in this world, you are not alone in playing the game, but can have a certain AI life, communication and exchange, of course, because the current version. The time, we only into a one-way channel, namely NPC single direction interaction, game player cannot directly through a headset with NPC voice communication, but this concept, we will be determined to do!
[world human] into the plot
The grand background story, deep historical heritage, the complete process of the years, in the course of the game, through the NPC voice interaction, to promote the progress and to explain the incident, in the field of virtual reality, we do not to experience, but in order to create a “world” and work hard, this is the new world at the beginning of the heart.
The very beginning mind itself is the most accomplished mind of true enlightenment。
The new world is not the beginning of the heart, copy, is not only the profit is not the so-called all fake feelings story, we just want to be able to represent a nation’s spiritual space, recreating a figurative virtual world, to usher in a “true virtual reality”, ready. A few years like a day, always have to be.
Please support the new world! Thank you