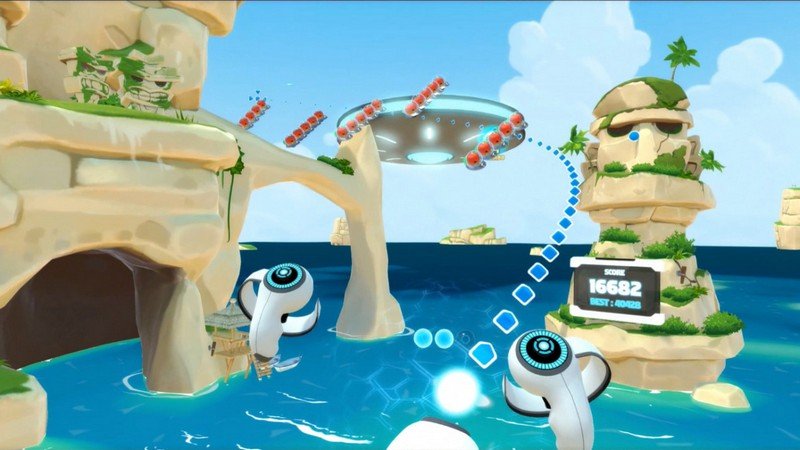 Released Apr 2018
With Fruit Attacks VR, the casual shooter has been reborn as a virtual reality game that everyone can enjoy. Take on the role of a SATI robot pilot to battle and defeat fruity fresh enemies invading the Earth!

A scouting bunch of fruit aliens, having arrived and witnessed humans mercilessly munching on their distant fruit relatives, are infuriated. But they wonder, is it possible fruit are the villains on this planet Earth?

In response to the invasion, SATI speaker robots – once-quirky inventions abandoned on a secluded island – are now the only weapon capable of destroying the surprisingly-resilient fruit aliens.

Grab your VR Controllers and defeat your enemies with outrageous attacks only possible in virtual reality!

Take a load off in between battles, by enjoying the tropical scenery and interacting with your surroundings.

Fight for higher rank to compare against friends and family!