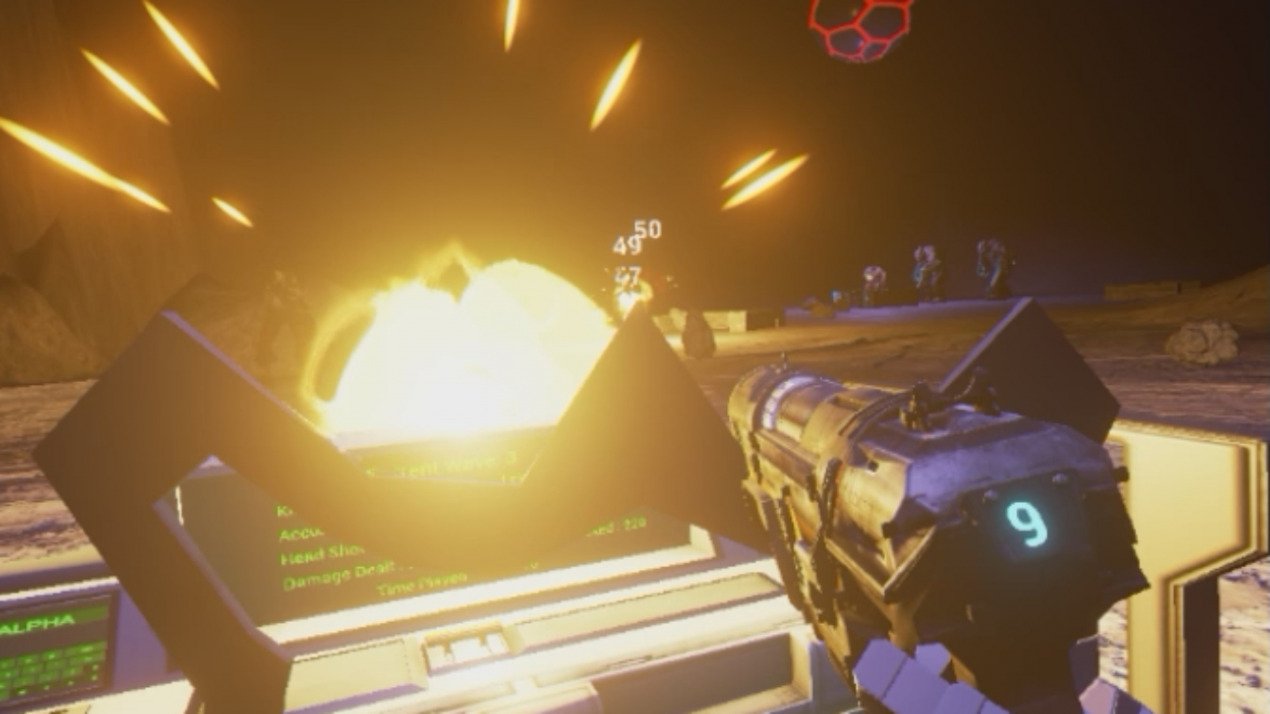 We intend to continue expanding content over the coming months with more missions and of course more hero classes!

Experience a fast-paced first person virtual reality shooter that challenges your ability to engage, think and react under increasing levels of intensity.

Play the different hero classes, each packed with their own unique set of abilities and mechanics, allowing you to experience the missions in the hero’s own distinct combat style.

Encounter tougher, larger, more cunning enemy types as your blast your way through increasingly challenging waves of enemies in the fight for survival.

Explore different missions, each with their own unique settings, objectives and game modes, which come together to form a short but powerful storyline brought forward by interactive cinematic scenes.

You assume the role of Fleet-Captain “Emperia”, one of the most revered battle fleets of the Galactic Core Federation, bestowed with the task of safe-guarding our galaxy.

In a most unfortunate turn of events your find your fleet caught in the eye of a meteor storm, inevitably suffering severe damage and casualties.

Stranded, you soon discover you are far from being safe, as your ship crash lands on a nearby alien planet, packed with hostile creatures scourging the land.

Soon you find yourself and surviving fleet members fighting for survival in an attempt to hold on just long enough for a rescue team to arrive and evacuate you and your fleet.