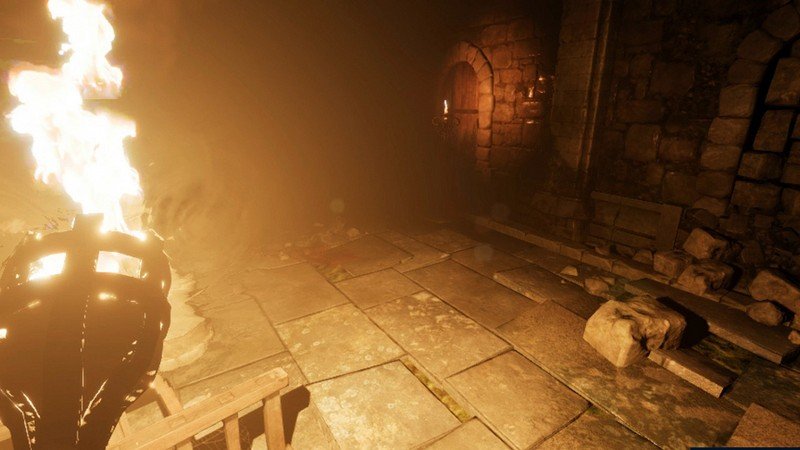 Released Jul 2018 2.8★
Gates Of Nowhere is a Fantasy/Horror adventure.

You play as Lother, a Seeker, who is trying to recover the lost knowledge of the Alchemists. You’ll be projected in a huge fantasy dungeon filled with awful and dangerous enemies, starting your adventure inside an abandoned dark prison . You must find the way out fighting to survive, solving hard puzzles, trying many different weapons to reveal at the end the mystery behind your journey.

The game has four levels, The Awakening, Through the dark, WaterWorks and Inferno, providing at least 6 hours of amazing VR gameplay.

You can try 10 different weapons, many items useful to interact with the environment and collect ingredients in order to create alchemical weapons and magic.
(also playable on Oculus Rift) 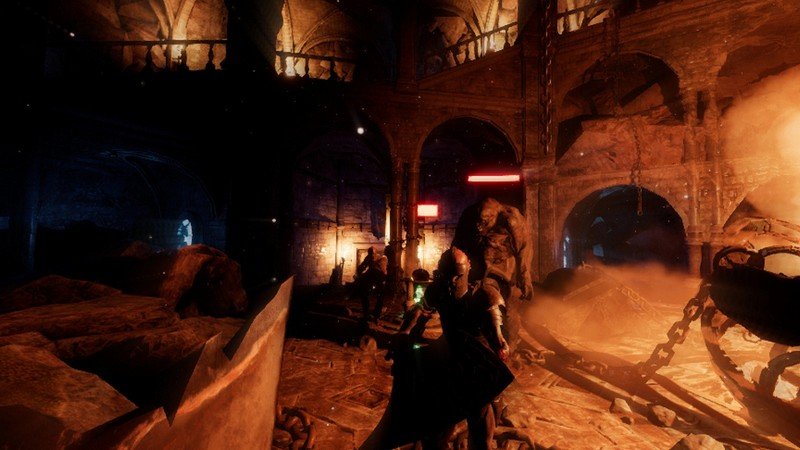 R
Sep 22, 2018
★★★★★
Fantastic graphics, one of the most impressive melee weapon games I´ve played so far! Only one suggestion: Maybe the teleporter could indicate when it is usable again.

webik150
Sep 16, 2018
★★★★
A pretty nice dungeon crawler.
+ The graphics are amazing
+ The world feels pretty interactive (or at least enough not to feel like a one big static object)
+ You can pick up apples and put them into a jug

– The camera blacks out when You move somewhere You shouldn’t. It’s not a big issue, but it induces some mild motion sickness sometimes when it triggers on its own (sometimes when picking up an object from the ground)
– The camera changes height when it gets over any obcastle. That means when You lean over to pick up and item from a rock, the camera will suddenly jump up because it thinks You’re standing on the rock.
– Lack of manual saves/Could use more frequent checkpoints. There’s many points where You fight a big battle, barely survive, and then immediately get tossed at another group of enemies. If You die, You have to do it all over

Nicolas Zimmermann
Sep 02, 2018
★★
Graphisms are rather nice. The UI is shit (inventory for instance) however and the controls are not so great. For instance they have a bow but no matter how much you pull the rope, the arrow goes straight… The fights lack mecanics, you don’t really know how it works so just swing the sword randomly, they should have implemented a more complex system. Teleportation is annoying because you must point to a valid place to activate it and then point to where you want to go, really annoying. And continous movement will just make you nauseous :/

Alex
Apr 10, 2019
★★
I tried playing this game, gave up as the controls are terrible. Training section is very poor and doesn’t teach you the various game mechanics. The reason I gave up is I couldn’t add any of the items I picked up to the inventory. There is no hint as to how to do it, tried spamming all buttons and tried inserting item into an empty slot by bringing up the inventory UI. Nothing works.

Timothy
Oct 14, 2018
★
Terrible user controls, ugly graphics and a jumpscare right at the beginning. Just, avoid this game. A note to the devs, you really need to play other VR games before reinventing the wheel. Also, teleporting is not “full motion” movement. And I’m not really sure how you came up with that multi-button scheme for teleporting when simply pressing and letting go works in most other VR games.

Richard
Sep 24, 2018
★
Game won’t save. Every time we come back to play later, no load game option is presented (greyed out), forcing us to start a new.

Red
Sep 22, 2018
★
I’m sorry to say but the game has terrible controls. There should’t be a hybrid of teleport and direct movement, it should be one or the other. Movement is often unresponsive, as is removing things you’re gripping. I also somehow lost my sword in the beginning; it wasn’t in my inventory and wasn’t on the floor. I hope you have plenty of room to do alchemy because you need to reach quite a distance to use it. Would not recommend the game.
Please have either RP or direct movement, not both. Make sure I don’t need to reach a mile to pick those things up, I have limited space even with room scale!

I’ve seen this bug in a few other games because a certain old version of unreal engine has this bug.

If the developer fixes this, I’ll change my comment.