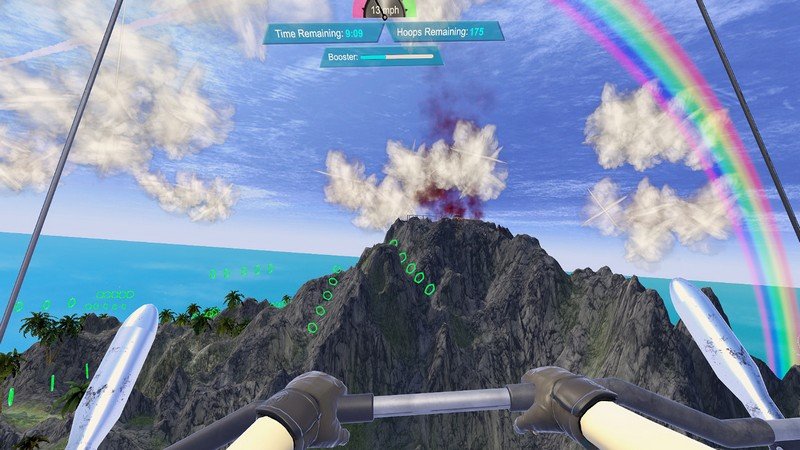 Released Nov 2017 3.6★
Experience the adrenaline of hang gliding in VR! Compete for the high score to win Monthly Prizes such as Amazon Gift Cards! Collect all hoops placed around each island before time is up. Use your rocket boosters to keep from falling from the sky and avoid the dangers tossed your way! Good luck!
(also playable on Oculus Rift) 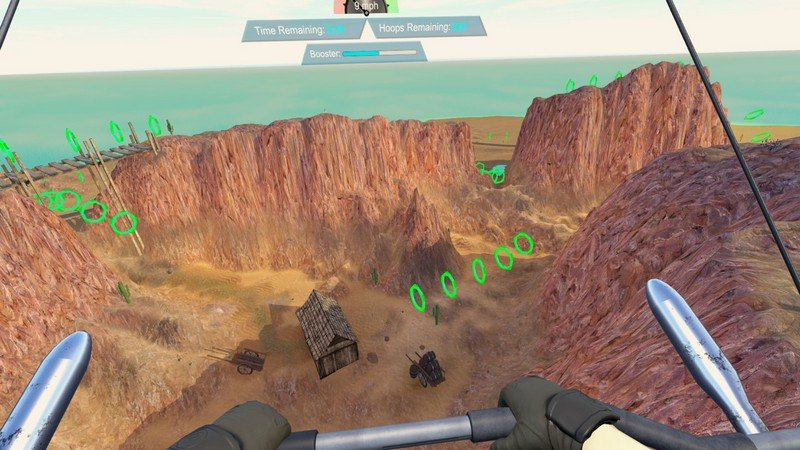 Greenlit
Apr 28, 2018
★★★★
Once nice thing about Glider Island VR is the replayability. While there are only a few levels included, it’s easy to replay each one and attack the levels from different directions. It reminds me of the old school retro games that I used to play—games like Sonic—that challenged you to collect as much as you could as you tried to stay alive and complete the level. It’s a nice change of pace from the more serious experiences that I’ve been playing in virtual reality, and it’s a welcomed buffer between slower-paced virtual reality experiences and more fast-paced games that require more attention and ability to deal with motion sickness.

All around, Glider Island VR is a nice experience that has a lot of hours of fun, and it’s definitely one I’d recommend people check out when they have the chance.

kikosemailaddress
Jun 26, 2018
★★★
Fine game. The dynamic is good but the movements tend to be a bit laggy. The graphics are not the best, reminds me of a Playstation 2 type of quality, a bit blocky. 3 people played this game and 2 out of 3 became nauseated after playing less than 20 minutes. Fun game, though. I’m sure they can do better eventually.

Neil
Jan 14, 2019
★★
Needs more content. There were only 3 levels.
I would randomly crash even though I wasn’t near anything.
Made me feel a little nauseous at times.
I had no problem with the rift controls.

rchrdcrg
Dec 16, 2018
★
Doesn’t actually support Rift users… sure, it’ll load, but the controls don’t calibrate properly and everything is about twice as large as it should be, including your own character model. Unplayable mess on Rift… I want a refund!!!