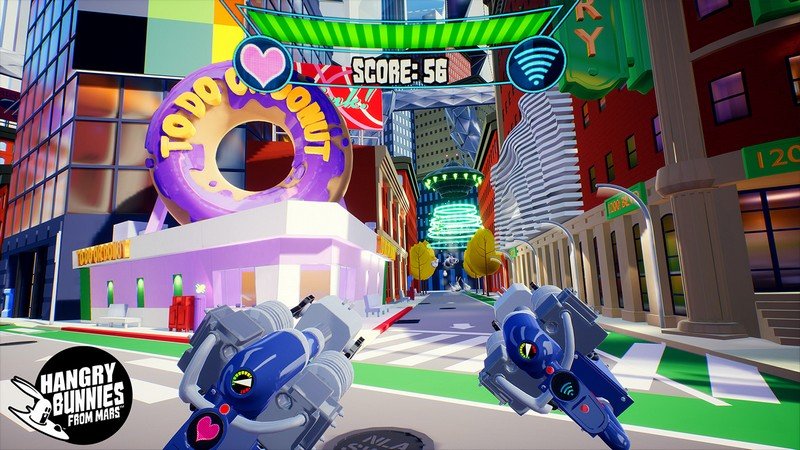 Released Sep 2017 4.1★
How long will you survive against an unrelenting horde of fluffy-wuffy alien bunnies?

Join up with the Critter Death Squad as the team’s chief exterminator (who may or may not be a clone) and arm yourself to the teeth with epic weaponry designed by the team’s unhinged mad scientist, get tactical updates from a KGB pizza delivery driver, and fight to keep Earth off the dinner menu!

Important performance note! Hangry Bunnies From Mars utilizes a physics-based character system, which makes for a lot of fun gameplay, but does increase the base system requirements. We recommend running this game on a PC with at least a Core i5 processor and a GTX 1060 or else the game may be affected by slowdowns which limit the fun of the game. 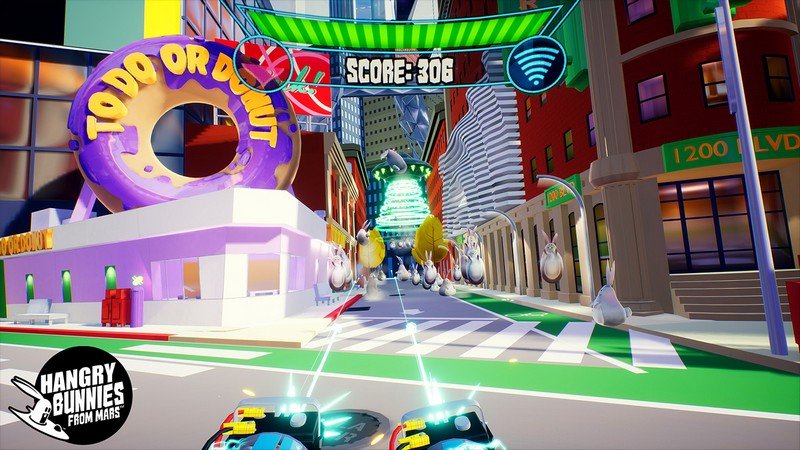 Greenlit
Jan 04, 2018
★★★★★
While you only stand in one place the entire time, Hangry Bunnies from Mars offers one of the fastest-paced VR games we’ve seen to date, and staying alive in it is both challenging and fun at the same time.

However its really a great game, expecially to get started with.

Its also pretty much pick up and play so you can let your friends join in and there isn;t really anything to learn. Just shoot the bunnies..

And the other bunnies…

And those other bunnies. from all three sides..

Oh and those nasty angry things they turn into. And the bosses, and the things that makes everything looks like demons.

Basically, this is a stand there and shoot the hell outta everything that spawns, and survive as long as you can.

Its simple, and fun. Lacks a bit of depth. But who needs depth when you are slaughtering alien bunny things that are trying to eat you?
edit: It also has a local leaderboard so you can log your scores against your friends. More games should do this.

jason
Apr 12, 2019
★★★★
I love this game. While it’s essentially the same level over and over, it’s a neat idea, very easy controlls, just super fun. Definitely worth giving it a try.

Jeremy
Jul 01, 2019
★★★
Has some charm and the basis of a fun game. The pacing is the problem for me. It’s starts off very slow and drags for too long, before ramping to an impossible difficultly.

Royal
Aug 17, 2019
★★
Very long dialogs that keep you waiting, lacking tutorial information, laggy feeling, and generally not very enjoyable. May have been better if it let me play quicker and explained what I’m supposed to be doing.