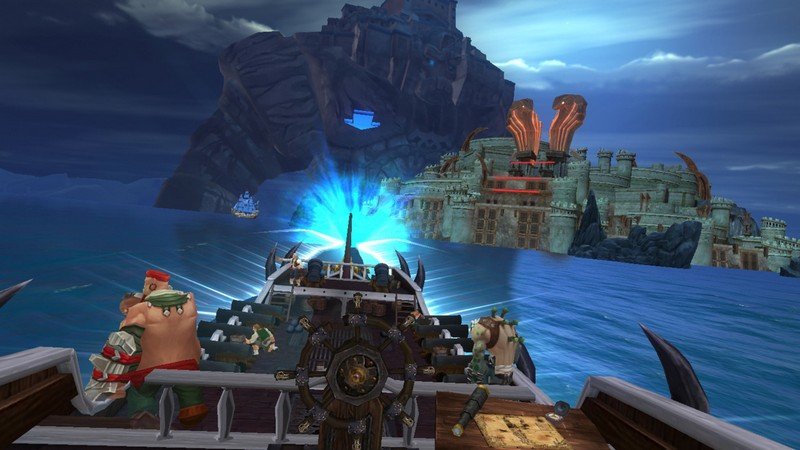 Released Jan 2018
This is about a pirate story happened in the 16th century. Player will act as a pirate who is seeking for the legendary Seven Sea Artifact, and decides to sail to the mysterious sea with friends, where a journey of adventures begins.

This is innovative VR FPS RPG game with a combination of land battles and naval battles.
Through upgrading the ship components, including the ship hull, sail and broadside guns, players can empower their abilities to fight during combats and to defend any attack from the Navy, other pirates or even sea monsters. Players can trade items in the ports or land on any island to explore and gain mystical treasures.
This is a real adventure, a marvel experience in the vast sea and unknown sphere of VR.

Innovating combat mechanism
Heroes of the Seven Seas is the first game to combine traditional naval simulation with FPS shooters, the player will feel as if he himself is at the helm of his mighty warship. Ship maneuvering, firing broadsides, boarding, all the traditional naval combat are simulated, for the first time in virtual reality!
Taking the advantage of VR devices, Players are enabled to experience the furious sailing world personally on the scene.

A host of ships and characters
Large collection of ships, items, and characters are available in the game. Unique story driven characters can also be found who will accompany the player in his journey into the unknown.

Unique System for Props and Weapons